The Olympic Games give us an opportunity to see some of the world’s greatest athletes compete against one another in a wide variety of sports. While the focus will still be placed squarely on the talent and ability demonstrated by these fantastic athletes, there is also a lot of amazing technology being used at the 2010 Winter Olympic Games in Vancouver and Whistler too.

For instance, you know the gold, silver, and bronze medals being awarded to the winners? They took discarded circuit boards and collected the useful metals in them (gold, silver, and copper). The Royal Canadian Mint then recycled them into the highly treasured discs. If you’re wondering about the wavy design, that’s mean to mimic the topographic diversity of Vancouver.

Whether you notice it or not, the geeks have clearly left their mark. 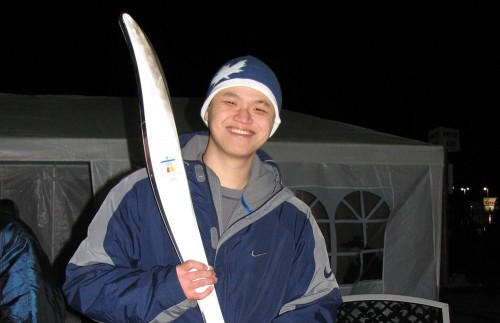 Even before the Opening Ceremonies kicked things off on February 12, we go to witness over 100 days of amazing with the Vancouver 2010 Olympic Torch. Traveling more than 45,000 kilometres across Canada, the Olympic Torch was designed and manufactured by Bombardier.

Better known for its rail equipment and civil aircraft, Bombardier designed the torch to mirror the “contours of Canada’s winter landscape” and to symbolize the “tracks created in snow and ice by winter sports.” But that’s just the looks; what about the tech?

Since it would have to work under all kinds of weather conditions, including temperatures as low as -38 degrees Celsius in the Yukon, the Vancouver 2010 Olympic Torch was designed to withstand extreme winds too. The fuel blend of propane and isobutane allows it to keep burning and the vent on the side makes the flame “unfurl like a flag.” 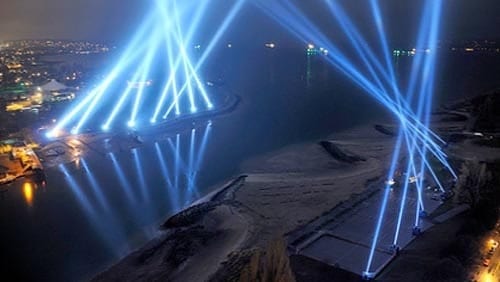 Alongside the Winter Olympics in Vancouver is the Cultural Olympiad. As you make your way around the city, you can soak in all sorts of cultural events too and part of this is Vectorial Elevation. It was originally created in 1999 and it is comprised of several Xenon 10kW robotic searchlights.

Big deal right? The kicker with Vectorial Elevation is that you can submit your own configuration for these searchlights online and have that design queued up for actual display. This is powered with four webcams, Linux servers, Google Earth 3D DMX interface, and some custom software.

Curling Keeps Eye on the Hog

Even though the sport of curling looks pretty low-tech with its brooms and stones, there is actually a lot of technology involved! One of the more interesting innovations being used at the Olympic Games is called Eye on the Hog and it takes away human error for one vital aspect of the game.

You must release the rock prior to reaching the hog line and, normally, there is a human judge there to watch for this. With Eye on the Hog, the handle on the stone is coated in metallic paint. There is also a magnetic strip frozen into the ice that is equal in distance from the hog line as the radius of the stone, as shown above.

Thanks to the circuitry in the handle, it can detect if the bare hand of the curler is still in contact with the metallic handle past the hog line. A green light turns on with a valid release and a red light flashes if there is a violation. The efficient battery can last over 150 games.