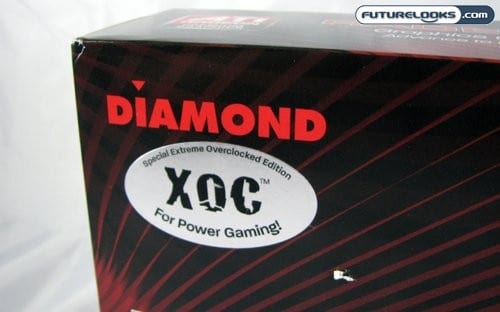 With the release of the ATI Radeon HD 5800 series of video cards, I’ve been slowly retiring the 4800 series cards I’ve been using in my test rig for the past 18 months. This changing of the seasons inspired me to build another new main rig that features all AMD hardware, including two video cards in Crossfire. Admittedly neither of the Radeon HD 4890 cards I have are a match in specs. You can mix and match cards if need be, but the vanilla 4890 and the quietly cooled 4890 I have in my possession are too far apart from each other to work suitably in such an arrangement.

While searching for a proper match I discovered that GIGABYTE no longer made a vanilla 4890, but DIAMOND Multimedia was still producing them. I decided I should take a look at this final 4890 card and see how it stacks up, before digging elbow deep into the new Radeon 5800 series. 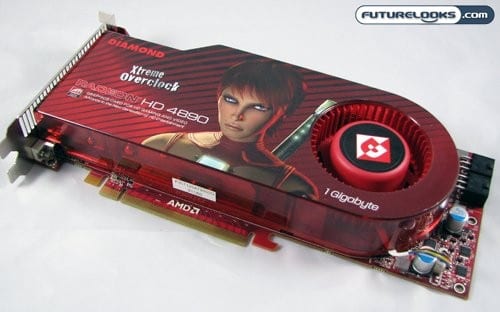 The DIAMOND 4890PE51GXOC Radeon HD 4890 pretty well explains what it is in the product name…mostly. This Radeon HD 4890 based video card is indeed overclocked from the factory, but it’s been tweaked a little more then what we’ve seen from other cards sporting the reference heatsink and fan.

DIAMOND has propped up the Core speed from the stock 850MHz to 925MHz, and the Memory clock speed from 975MHz to 1050MHz. Not only is this quite a boost from stock speeds, but it’s a nice bump in the shoulder from the last vanilla 4890 card we reviewed.

The card also features the same benefits seen in every other 4890 card which includes:

Full specifications for the DIAMOND card can be found on the product home page. As for pricing, it’s kinda silly to talk about pricing on a 4890 at this stage in the game. Newegg does have the card listed for $219 USD, but I’m sure as the 5800 series cards expand their availability, the price on the 4890 will drop.

It should actually make a good performance upgrade for those who already have a 4890 and want an extra boost. At least that’s the theory I’ll be working with, as I will be testing how much of a performance boost I get as I build myself a Crossfire based main rig.

What Else is in the Box? 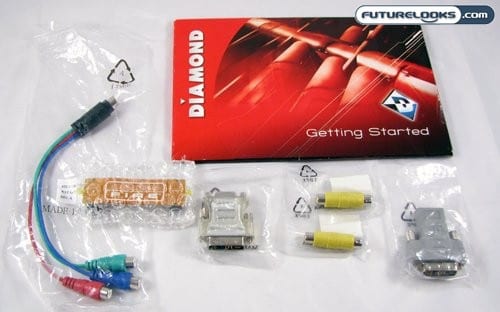 The accessories included with the DIAMOND 4890 card are the same as what is typically found with any other base 4890 card. There’s a DVI-to-VGA and DVI-to-HDMI adaptor to make sure you have your display ports covered. Should you be hooking this up to a TV and only have analogue inputs available, a component video and two composite adapters are also included. Finally an envelope is included that includes a drivers disk and manual.

Reference Design With a Twist 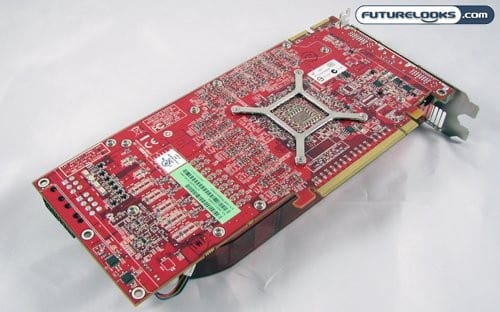 The DIAMOND 4890PE51GXOC Radeon HD 4890 video card follows ATI’s reference design for the card extremely closely. DIAMOND doesn’t even go with their own graphic on the cooler. Instead they opt to use a picture of Ruby, ATI’s well known virtual model and spokesperson.

The card features a dual slot cooling solution that uses a variable speed fan, ensuring quiet cooling when the computer isn’t being fully used and abused. If it wasn’t for the fact that this card is factory overclocked well beyond stock speeds, I would pretty well call it an ATI reference card.