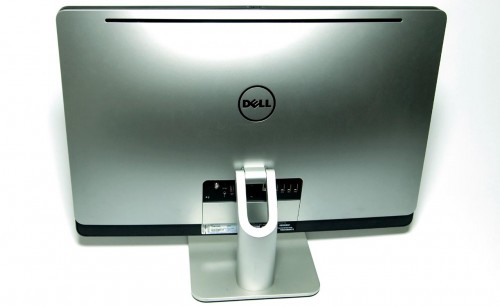 Four years ago, I wrote a back to school guide for dorm-friendly technology on a budget. Yes, it still holds true that a good notebook PC will work wonders for students, but sometimes you still want to have a desktop and you still want to have a bigger screen. Unfortunately, you may not exactly have room for both a full desktop computer and an HDTV. You want something that can do both without sacrificing anything in terms of performance. Today, those wishes may just be one of several possibilities and we have one of them from DELL. A prime example of this is their new Dell XPS One 27. If you want a powerful desktop with a big screen but a not-so-big footprint, this could be the PC for you. 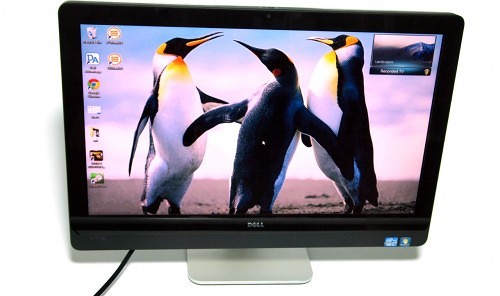 As with all other Dells, the XPS One 27 comes in a variety of SKUs that can be upgraded at will. This means that potentially, many of you PC DIY’ers out there could dive inside and make this a little hot rod with the right parts upgrades. But we’ll stick with the stock configurations for the purpose of this review.

Prices currently start at $1,399 for this 27-inch PC, but the version being reviewed here today costs a little more. The base configuration comes with an Intel Core i5-3450s processor and 6GB of RAM, whereas this version has an Intel Core i7-3770S quad core processor with 8GB of dual channel DDR3-1600 RAM.

This is backed by 2TBs of hard drive space, a 27-inch QHD (2560×1440) display, 2GB NVIDIA GeForce GT 640M graphics (upgraded from Intel integrated graphics), and Windows 7 Home Premium 64-bit. There are plenty of ports to keep you connected, including multiple USB 3.0 ports, plus built-in 802.11b/g/n Wi-Fi, Bluetooth 4.0+LE, 10/1000 Ethernet, and both HDMI-in and HDMI-out. This particular configuration has a current MSRP of $1,799. For an extra $200, you can add a 32GB SSD hard drive caching enhancement that speeds up your software loads, boot times, and more.

Not surprisingly, these specs are considerably higher than what we got on the Inspiron 14z or XPS 15z, but that’s an apples and oranges kind of comparison. Even so, it wasn’t that long ago that all-in-ones had performance numbers that were barely on par with equivalently-priced notebooks. 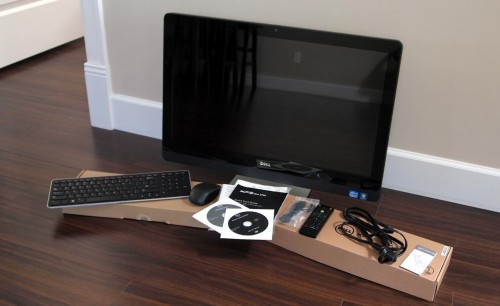 Like we discovered in our previous unboxings, DELL is a huge fan of brown boxes. Inside this brown boxes, there are more boxes that house the included mouse, keyboard and remote that we’ll get to shortly, and a power cord, instruction manuals, warning sheets, and software DVDs in case you need to restore your machine to factory condition.

Overall, not much else to talk about here so let’s move on to things that are much more interesting. 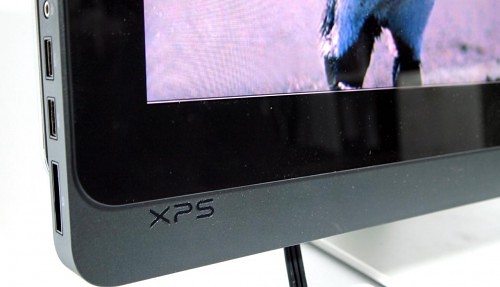 There are other all-in-one PCs out there that boast touchscreen capabilities, but this is not one of them. As impressive as the beyond HD 27-inch display may be, it is not a touch panel. I imagine that Dell may start outfitting some variation of the XPS One 27 with a touchscreen when Windows 8 launches next month.

Although there is no touch panel, there are some touch controls. Toward the lower-right corner of the bezel are three touch-sensitive soft keys. They illuminate when your finger gets close, which is definitely a nice touch, especially if you’re using the computer in a darker room. They’re used to bring up the on-screen menu for brightness control and to switch to the HDMI input. 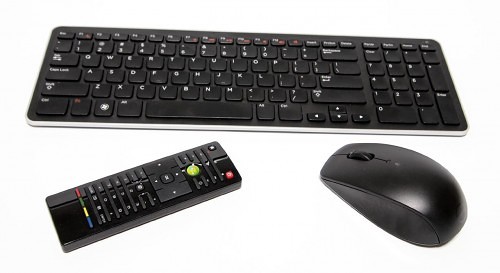 Yes, the XPS One 27 has several USB ports so you can tack on whatever accessories you want, but it does come bundled with everything that you need to get started. There is an included wireless keyboard and mouse combo, as well as a remote control for Windows Media Center.

While these are certainly not the fanciest things you can get, they certainly get the job done and they do so in a fashionable way. The keyboard is very slim and light, giving you access to a series of function keys, plus a full numeric keypad on the right. The “island” style keys will remind you more of a laptop than a desktop, though, so for those of you who prefer more key travel, you’ll want to add your own keyboard.

Similarly, the included wireless mouse is decidedly simple with just the two buttons and the scroll wheel. For those of us who like extra buttons and bonus features, this mouse won’t do. That said, these are both good quality and it’s great that they come “paired” with the Dell right out the box. The same can be said about the glossy black Media Center remote. 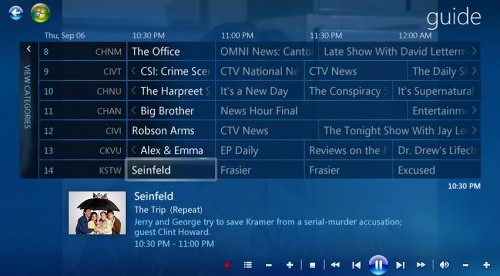 At the beginning of this review, I talked briefly about how the XPS One 27 could be a good fit for a college dorm. This is particularly true because it is more than “just” an all-in-one PC. The HDMI-in allows you to connect something like an Xbox 360, for instance, expanding your functionalitiy beyond Windows and the slot-loading optical drive. There’s also a jack for TV input.

What I found great about the TV input is that you can effectively bypass the need for a separate digital receiver box. There’s a built-in TV tuner in there and it works through Windows Media Center, giving you access to a full digital guide (assuming your provider is supported), which you don’t normally get when you plug a TV “straight into the wall.” This works with the provided remote or you can do the keyboard and mouse thing if you prefer.