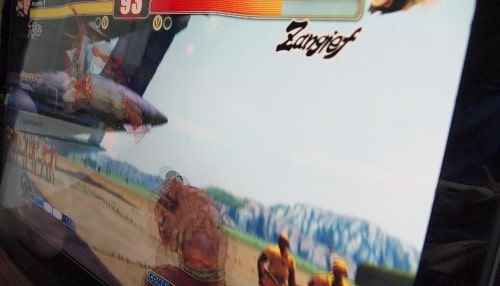 I used the XPS One 27 under a number of what could be considered “daily use” circumstances. I used it to do my regular web browsing, word processing and that sort of thing. I used it to watch online videos, watch TV (as described above) and play some casual games. All in all, I’d say that the performance easily held up and the display was great.

Because it is a glossy display, however, you will find that you’re going to get some glare and reflections. This can be frustrating if you’re in a room with a window shining straight onto your computer screen, to be sure, so it’s something that you’ll want to keep in mind. However, it’s not as bad as a notebook where multiple light sources could be encountered on a daily basis. You tend to leave this one plugged in and stationery in that one ideal spot in your room. That said, the screen is very bright, the colors are rich and saturated, and the contrast is admirable.

Viewing angles, both horizontally and vertically, are very good too. This wouldn’t be as important on a notebook, but especially if you’re going to be using the XPS One 27 as a way to watch TV and movies, having wider viewing angles is a must. And yes, it delivers on that front.

While I found the daily performance to be quite good, we needed to run the XPS One 27 through our usual battery of performance benchmarks to really put it to the test and identify any potential weaknesses. 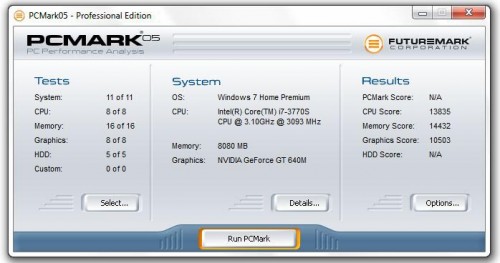 Next, we ran PCMark05. While a total score could not be calculated, the Dell earned a CPU score of 13835, a memory score of 14432 and a graphics score of 10503. Again, these numbers indicate that this machine should hold up to the needs of most users, including gamers. 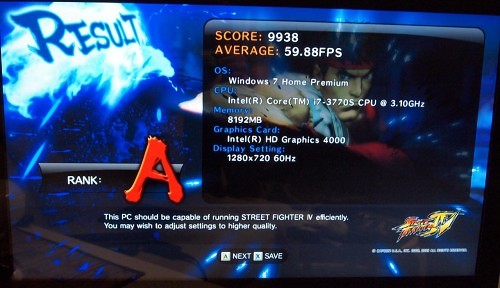 Speaking of gamers, we also ran the Street Fighter IV benchmark. Using the default settings, the XPS One 27 passed with flying colors. It earned a mark of “A” with 59.88fps average. Even when I cranked up the settings to 2560×1440 resolution and “high” quality throughout, the Dell was still able to maintain an “A” rank with an average of 59.94fps. Again, very playable frame rates for this title. However, if your cup of tea are more aggressive titles like Battlefield 3 and the newly released Borderlands 2, lower settings may be required to maintain a steady frame rate. 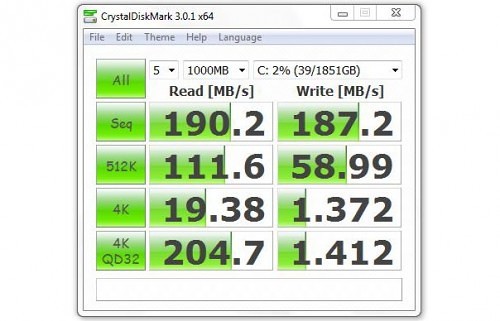 And finally, we ran CrystalDiskMark 3.0.1. The sequential read and write speeds were clocked in at 190.2MB/s and 187.2MB/s, respectively. Again, this is reasonably fast and will be more than adequate for the average user. 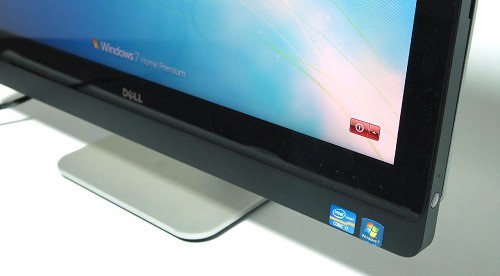 While no one at Dell is going to admit it, they do borrow some inspiration from a certain company in Cupertino. The XPS 13 ultrabook is meant to compete with the MacBook Air and the XPS One 27 goes head-to-head against the iMac. That’s obvious enough. You do get better specs for your money, but that’s always the case when you compare Mac vs. PC on the hardware alone. But when it comes to the user experience, Windows 7 does provide a very solid one today on the right hardware and the XPS One 27 does have the right hardware built in.

As it stands, the Dell XPS One 27 fills a pretty particular niche in the market. You want to have the bigger screen and you want to have real desktop-caliber performance, but you don’t want to deal with having a big tower and you want everything to be seamless. In that regard, the XPS One 27 fits the bill. Performance is very good, the display is great, and the TV tuner works perfectly. You can game on this, you can watch high-def movies, and you can get a little work done too. The only thing holding it back, really, is the price to get it all in one compact package.

The configuration, as reviewed, is still a hefty $1,799. It’s not exactly cheap, but you are getting an all-in-one solution that should put a smile on the face of any user looking to something that combines so much in so little room. It may not please the most hardcore FPS gamers, but it’ll please just about everyone else. We most certainly recommend this product if you’re everyone else.