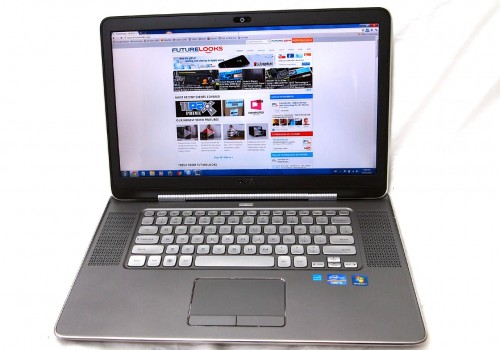 Remember those old ads on TV? It used to be that people would turn to a company like Dell to get an inexpensive laptop that was reasonably reliable and while Dell still has products that lean toward that end of the market, they’ve also got offerings for the higher end of the market too. One such example is the Dell XPS 15z, a premium performance notebook with a huge splash of style.

We’ve already shown off the XPS 15z in detail in one of our glorious High Definition Product Overviews. Now it’s time to give it a proper shake down? Is it really the same as its fruit-flavored cousin from Cupertino? Let’s find out.

As we alluded to in our overview video above, it’s pretty obvious that the Dell XPS 15z borrows much of its design inspiration of the 15-inch MacBook Pro. It has the same kind of latchless design, the same kind of aluminum finish, and a similar kind of slot-loading drive. The battery is sveltely integrated with the laptop as to prevent any unsightly bulges.

Aside from the Dell logo on the back, the other dead giveaway comes from when you open up the laptop. The darker finish around the keyboard, as well as some other design cues, are a distinct departure from the Cupertino style. Even so, I think the overall styling works and it’s obvious that this is not meant to be a “cheap” notebook with cheap looks.

Build quality is good, ports are plentiful, and the weight is within reason for a performance laptop of this size. It certainly isn’t as thin and light as many of the smaller alternatives out there, but it’s not meant to compete in that market. 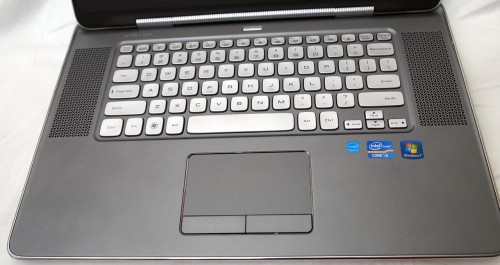 Like so many other notebooks these days, the XPS 15z once again opts for the chiclet or “island” style keyboard. Each key is distinctly separated and has a slight inward curve to it. This makes for quite the comfortable typing experience, though given the width of the notebook, I almost would have liked to see a separate numeric keypad. Key travel is good and the backlighting is a plus.

The trackpad, while certainly responsive, did feel a little on the finicky side at times. It is certainly ample-sized, but it seemed to pick up the occasional errant (and unintentional) “tap” when scrolling across the screen. The two buttons underneath are well-sized, but the travel feels cheap in comparison to the keyboard. There is too little resistance and not enough of a springy “bounce” to them. These aren’t deal breakers, but they are something you’ll want to keep in mind. 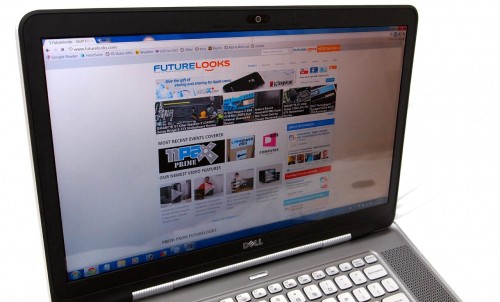 The trouble with most glossy displays, especially those that are geared mostly toward the consumer market, is that they offer far from ideal viewing angles. Unfortunately, the Dell XPS 15z also suffers from this fate, even if it’s not quite as pronounced as the displays on its cheaper Inspiron stablemates.

Yes, the colors are reasonably bright and vibrant when they need to be, but the backlighting starts to wash out quite a bit of the content as soon as you leave the “sweet spot” of viewing. This makes it less than ideal to share content with the people around you and I noticed this washing out in as little as 30-40 degrees from the center.

The Dell XPS 15z As Tested… 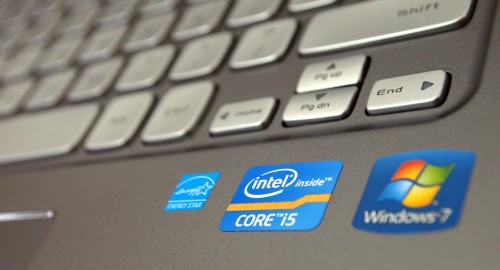 As with all other Dell notebooks, the XPS 15z comes with a huge array of options for specs and features. At its core, you get an aluminum-built laptop with a 15.6-inch HD display, svelte looks, USB 3.0, SD card reader, Gigabit LAN, and Windows 7 Home Premium 64-bit. There are choices for different processors, hard drives, screen resolutions, RAM, video cards, and so on.

Pricing will of course range depending on what customized options you choose, but our test unit will run you in the neighbourhood of $1299US depending on promotions. 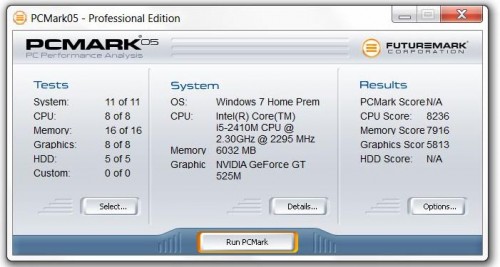 To give the performance a fair shake, we ran the Dell XPS 15z through our usual battery of benchmarks, starting with PCMark05. While a total score could not be calculated (due to the lack of an HDD score), we were able to see a CPU score of 8236, a memory score of 7916, and a graphics score of 5813.

To put that into perspective, the Asus G51Vx from some time back had CPU, memory, and graphics scores of 5043, 4509, and 11208 respectively. The Dell wins on the processor and memory, but loses out on graphics.

Now that we’ve got a look at the daily productivity abilities of the Dell XPS 15z, let’s see how it performs when we’re gaming and how it fares when given a fair shake as the daily driver.