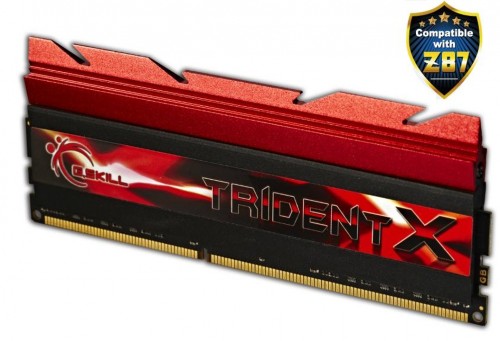 DDR3 RAM has been around for over 6 years. The original JEDEC specifications for DDR3 RAM speed was to top out at 2133 MHz with a timing of 11-11-11. By this time, DDR4 RAM was to be introduced with higher speeds. G.Skill seems to have other plans in mind with their new 3000 MHz Extreme Speed DDR3 RAM.

Designed for the new Intel Haswell processors, the TridentX’s monstrous speed still falls to 1.65V for all available kits. It also fully supports the latest XMP profile standards. These kits are perfect for those who need high-speed RAM disk space, do extreme overclocking, or just want the best performance possible.

There is currently no mention of price and availability for the TridentX series at this time. We should hopefully have more details after COMPUTEX 2013 which runs June 4 – 8th in Taipei, Taiwan.

G.SKILL presents the ultimate speed of DDR3 3000 MHz C12 with up to 32GB (4x8GB) ultra high capacity. The following screen shows the kit passing Memtest pro with the low voltage of 1.65v, this was achieved using an Intel 4770K processor and the ASUS Maximus VI Extreme. 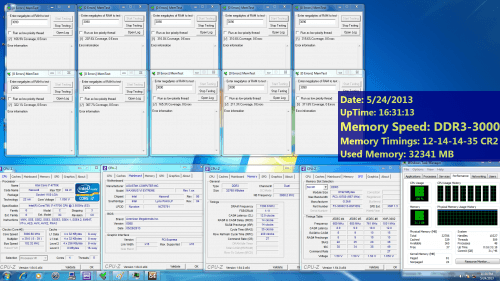 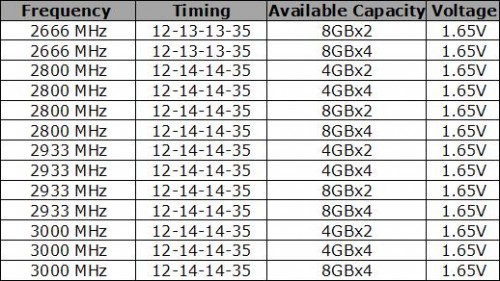 All G.SKILL memory products come with a lifetime warranty and the G.SKILL technical team is always ready to provide consumers with complete technical support via online forums, facebook, telephone and email.