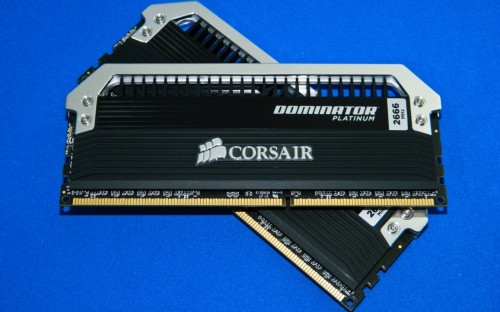 One of the biggest and most beloved names in the DIY and enthusiast space, Corsair, formerly known as Corsair Memory, and now more known as Corsair Components, thanks to its wide depth and breadth of products for the computer market, is going up for sale. This is a big change from the company’s plans to go public, which were in the works as early as 2011 (or even earlier) when the rumour spread throughout COMPUTEX 2011 that something was happening along those lines.

According to CNN Fortune, after the Facebook IPO disaster, the company pledged to look at this again when the equity conditions were more favourable, and decided to postpone the move. Despite keeping their papers warm at the SEC, the company has not filed any additional updates to this potential business scenario. However, the company is in talks to be purchased by a private equity firm Francisco Partners. The same company that was also part of the Blackstone Group move to potentially buy out DELL, but has since reconsidered. It looks like the Corsair IPO is dead.

Corsair has won a lot of fans over in the last couple years venturing out into cases, power supplies, and more recently, gaming peripherals and headsets, to add to their SSD, Memory and Flash business. Unlike their former rival, OCZ Technology, who IPO’d back in 2006, this company has been very successful with their product mix.

So the question is, if they do get taken over by a private equity firm like Francisco Partners, what will they do with Corsair? And will they leave our beloved products alone or will they spin the divisions off in search of better agility in a currently declining PC market? Anyone want to take a guess?

UPDATE: According to MaximumPC, the exact amount of the investment is $75 million, which, based on the company’s worth, would only represent a minority stake in the business. Corsair plans to use the funds to continue to fund new acquisitions, specifically in an audio company from Scotland called Simple Audio, that manufactures multi-room audio systems, and a gaming peripherals company from Germany called Raptor. While a loan may have been an option that would have avoided the sale of equity, a company like Francisco Partners does bring valuable expertise to the company that a simple cash loan would not provide. It also make it possible for the company to keep the cash on hand, rather than having to repay the loan to an institution at a specified date. The bottom line to enthusiasts everywhere is that Corsair isn’t going anywhere and they are going to continue to grow. Yay!