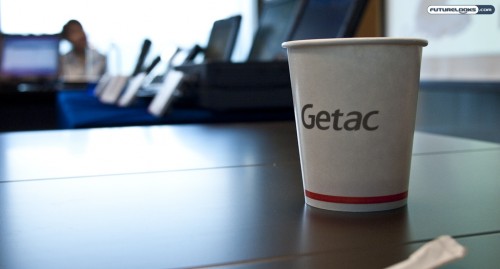 After our journeys were complete at COMPUTEX Taipei 2010, we had a couple days to do the tourist thing before we embarked on our next adventure. This time around, we hopped on the tour bus and made our away around to three Taiwanese electronics companies: GETAC, who makes rugged computers, GIGA-TMS, who work on RFID technology, and Champtek, who also create products based on RFID technology. On these tours, we were able to go behind the scenes and see where these gadgets and other technology tidbits are designed and made. 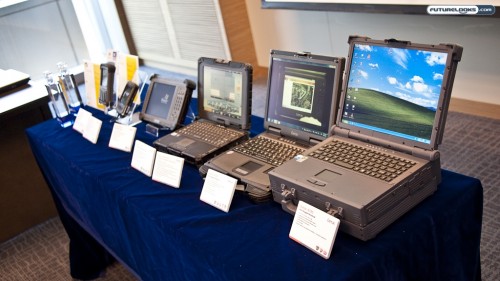 There’s nothing wrong with the consumer-level notebooks and tablets that you’d get from a company like Asus, but they’re not at all suitable for the industrial environment. They’re shiny little wonders that need to be well protected.

For the more rough and tumble work environment of a construction site, military deployments, and other similar situations, you’ll want to turn to the products of GETAC Technology Corporation. These are designed from the beginning to be as rugged as possible, enduring all kinds of abuse.

So You Think You’re Tough, Eh? 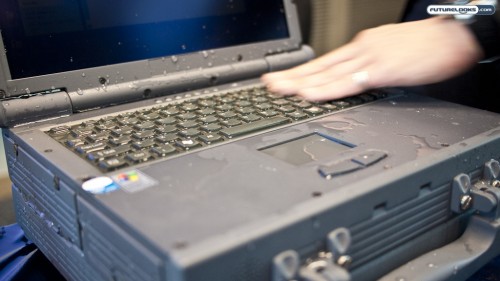 GETAC (pronounced jee-tack, as far as we can tell) was founded in 1989 and got its start by producing military-spec products, largely for the US armed forces. It quickly discovered that other industries were interested in rugged gear too, so they expanded their portfolio accordingly. That’s not to say the products have necessarily changed all that much.

The GETAC A790 fully rugged notebook (shown above) has not had its chassis changed in over ten years. The motherboard and inner workings have been upgraded over time, but the outside case remains the same. And it’s tough as nails.

Other highlights include the GETAC B300 that offers up to 12 hours of computing on a single battery, plus a slot for a second hot-swappable battery. This results in a total of 24 hours without reaching for a wall outlet. That’s impressive. Even more impressive is the real world abuse these devices can take as shown in our exclusive video below…

You can see just how tough some of these GETAC products are. Go ahead and throw it on the ground. Go ahead and pour a bottle of water all over it. Go ahead and stomp on it to your heart’s delight. In the case of the fully rugged handheld PDA device, you can even dunk it completely underwater and it will continue to work.

The folks at GETAC realize that the Panasonic ToughBook remains the biggest dog in the yard when it comes to rugged computing, but they feel that they are very solid number two. In fact, they’re working hard on establishing their own brand and moving up to number one soon, thanks to innovations like thermal cooling (fanless design) and the “vertical” product portfolio.