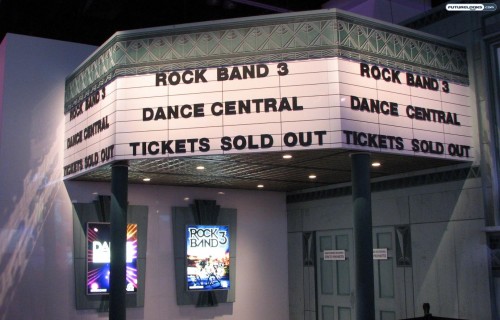 Some people like first-person shooters. Others prefer sports titles. And then there are the pseudo rock stars who love noting more than to pick up plastic instruments and pretend that they’re part of a real band. I’d know. I’m one of them. And E3 did not disappoint in this genre.

One of the bigger announcements at this year’s E3 is the unveiling of Rock Band 3 from MTV Games and Harmonix, to be published under the Electronic Arts banner. It takes everything that we love about the Rock Band franchise and throws it into the next level. 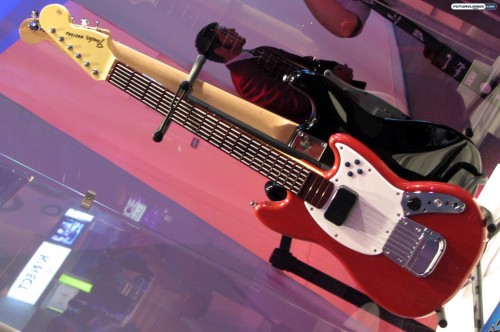 Just as The Beatles: Rock Band introduced us to three-point harmony for the vocals, Rock Band 3 also allows for up to three singers. It also adds in the keyboard (keytar) with two full octaves of keys; the “easy” level consists of just five keys.

For each of the instruments, you have the ability to try pro mode. The Fender Mustang PRO guitar controller, for instance, features 17 frets and six strings. This results in 102 fret buttons, making for one mad experience. Similarly, there is a “pro” version of the drums with the four standard pads and three cymbal attachments, as well as the bass pedal, of course. 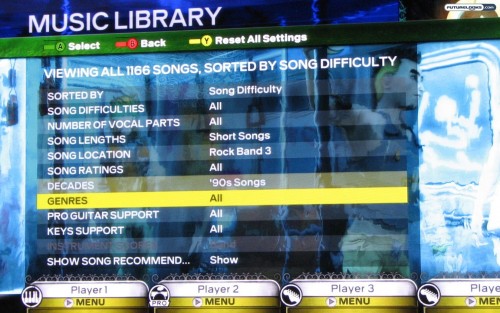 The boys and girls are quick to point out that they have the largest available set list of any rhythm game on the market. To date, the Guitar Hero music store contains about 350 songs. The Rock Band store, on the other hand, has over 1300 and counting.

By the time Rock Band 3 hits retailers this fall, MTV/Harmonix says that they’ll have close to 2,000 songs available for your rocking pleasure. Naturally, scrolling through a list that large (if you had the budget to buy that much DLC) would be frustrating.

To help overcome this, they implemented a filtering system. You can sort by difficulty and filter out songs based on various criteria, like length, location, ratings, decades, genres, pro guitar support, keys support, and more.

You’ll also notice in the image above that each player has a small section at the bottom of the screen. This is known as the “overshell” and it allows individual players to adjust the difficulty and other settings without interrupting the other players. 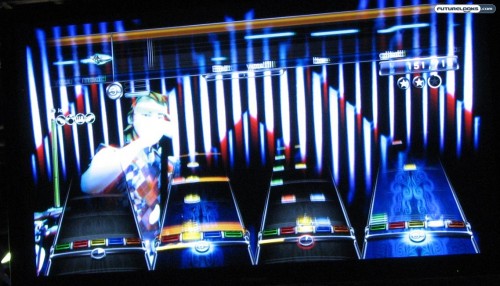 This is similar, in some ways, to the Party Play features in Guitar Hero 5, but it persists across all game modes. That includes quick play, career, and so on.

It’s great that you can adjust your difficulty on the fly, including in the middle of a song. They’ve also included mini set list challenges that are good for those three or four hour Rock Band gatherings you have with your friends.