In the Factory: Making DRAM Modules 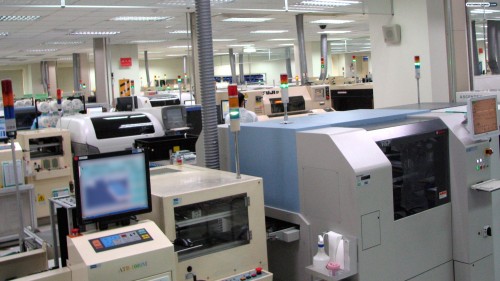 Hopping on the bus, we made our way to the Kingston Technology factory in Hsinchu. A factory that is many times larger than the one in Fountain Valley, CA toured by us last year. This trip took a little over an hour from downtown Taipei and it allowed us to see a bit of the Taiwanese countryside. After suiting up in an anti-static bunny outfit, we were led to the RAM manufacturing floor.

There we saw row upon row of manufacturing equipment, going through each of the individual steps required to produce a workable DRAM module. Most of the machines had window cutouts so we could see the inner workings, but there weren’t too many employees around. The process is largely automated at this point. 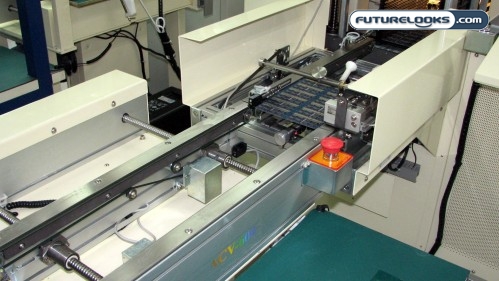 The DRAM modules, not surprisingly, are not produced on an individual basis. The sticks start out on a larger sheet with about a dozen modules, not unlike the large sheets of paper money before they are cut into individual bills.

Further along the production line, the sticks are cut out, labeled, and packaged accordingly. The movement of the modules is done through a series of sliders and suction cups.

Testing for Defects and Reliability 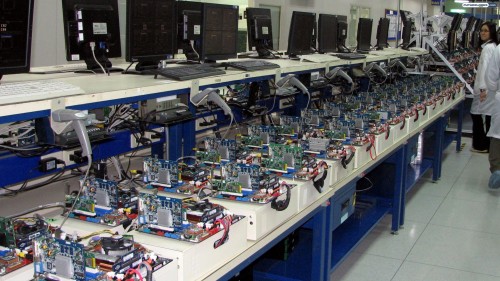 A big point of pride for Kingston Technology is the reliability of their products. Each and every module shipped out to consumers — whether they be desktop RAM, notebook RAM, or any other memory product — is tested extensively before it heads out the door.

Shown above is just one row of open-air motherboards used solely for testing the RAM. Each motherboard is equipped with a red button and a green button, with several motherboards connected to an LCD screen above. The employee starts the tests, reviews the results, and swaps in more modules for further testing.

Don’t think that there is only one row of testing equipment. Shown above is a mere fraction of the units at the Kingston factory. Based on my estimation, there were at least a half dozen rows, each with 30 testing station, each with four to six motherboards. You do the math. 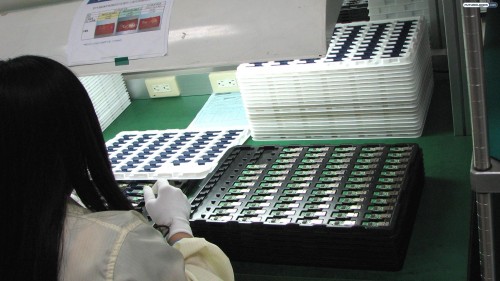 The DRAM modules represent a large part of Kingston’s business, but you may have also noticed that they make USB flash drives too. It seems that this process has a little more hands-on time than the DRAM modules.

The “bare” flash drives are produced on a series of machines, but the plastic jacket that goes over them appears to be placed by hand. The Kingston USB drive is human-inspected before it moves on to the next stage.

A Small, Nimble, and Powerful Operation

Despite generating $4 billion in annual revenue, Kingston Technology continues to be a relatively “small” company and that’s exactly how David Sun wants to keep it. They have about 4,000 employees worldwide, resulting in about $1 million per employee in annual revenue. That’s not bad at all.

Sun had a great sense of humor about his “small” operation. He’s happy every time he sees an employee, because he sees a “money tree” and he’s ready to shake them. It’s that sense of “happy” company culture that keeps Kingston effective and efficient.