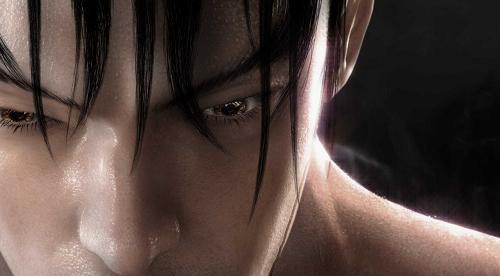 It’s that time of year again. If you’re anything like me, you probably have a lot of people on your holiday shopping list and you don’t know what to get for half the people on that list. I suppose you could get a nice sweater for Aunt Ruth, getting her back for all those bad sweaters you’ve collected over the years, and you might be inclined to an engraved hip flask for Uncle Carl, since he’ll need some of that happy juice to make it through another boring year with Aunt Ruth.

But what about the fighting game fan in your family? This is the kind of guy well versed in the art of hadoukens and shoryukens, so you have a reasonably good grasp on his interests. What does this Street Fighter fanatic want during the Christmas season? Since I’m the resident fighting video game enthusiast here at Futurelooks, the task has been bestowed upon me to create a gift guide for this demographic. Brush up on your battle skills, because the malls are going to be brutal.

Collectible Figurines for the Win 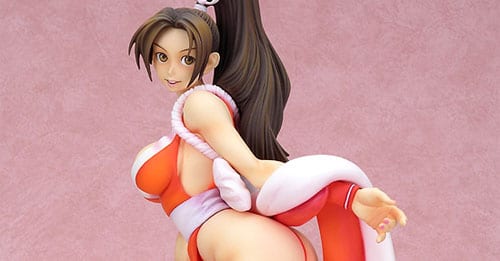 Easily one of the most iconic characters to come out of the SNK family of fighting games is Mai Shiranui. This fame doesn’t really come from her ability to hurl your fans and run elbows into your face; it comes largely because of her, um, buoyant endowment? Even if the King of Fighters fan in your life isn’t a total horndog, there’s a lot of enjoyment to be had from collecting some cool figurines from these popular games. 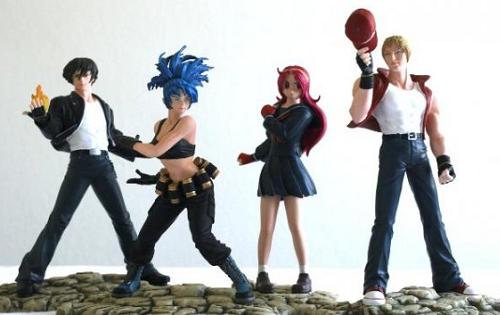 If you’d rather get something a little more suitable for a PG-13 audience, you shouldn’t have any trouble finding a wide range of interesting action figures and collectible figurines from the full pantheon of fighting games. Here are a few from the SNK King Fighters franchise; I think the Kyo figure is particularly cool.

Alternatively, you can opt for both realistic and cartoon-inspired characters from the Street Fighter universe. With the revitalization of that franchise via Street Fighter IV and the upcoming Super Street Fighter IV, we’ve also been blessed with a nice collection of mini-statues and figurines. Look for a detailed version of Zangief for some outlandish facial expressions.

Even though it’s been out for quite some time, everyone is still talking about the Mad Catz Fight Stick Tournament Edition, saying that it is the best arcade stick money can buy when it comes to having the arcade fighting game experience at home. The Street Fighter IV art is quite nice and the Marvel vs. Capcom 2 version looks pretty cool too. However, it’s still a wired controller in a world of wireless connectivity. 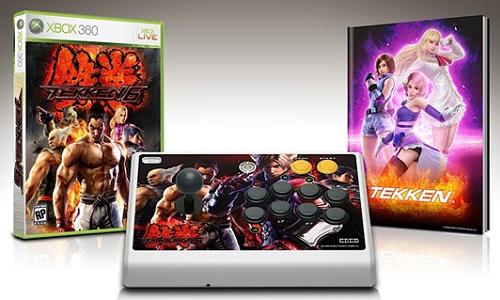 If your budget allows for a $150 gift, one of the best presents for any fighting game fantatic is the Tekken 6 Special Edition Bundle. Available for both the PlayStation 3 (in black) and the Xbox 360 (in white), this bundle provides not only the awesome Tekken 6 video game and an exclusive art book, but it also comes with a wireless Hori Fighting Stick with special Tekken-inspired graphics. This is the first wireless arcade stick for the PS3 and Xbox 360.

Considering that the game by itself could easily run you somewhere in the $60-$70 range, you’re really buying the wireless arcade stick for under $100. That’s actually a pretty good deal, especially since you get to enjoy a wireless fighting experience. Hori is well-known for its quality and the company assures us that you will experience next to zero lag.