Hard Drives and a Growth Spurt

Unlike the 7-inch and 8.9-inch models, the Asus Eee PC 1000 and 1000H seem to be based on a different chassis altogether. The overall size of the notebook is quite a bit bigger than its smaller counterparts. The keyboard is 92% the size of a full keyboard, so typing on the Eee PC 1000 is a lot easier than on the 701 or 901. The mouse trackpad also appears to be larger. 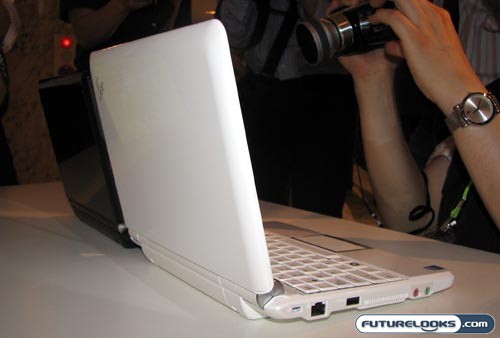 You may be wondering what’s the difference between the Asus Eee PC 1000 and 1000H. They both get Intel Atom and a 10-inch display, so what is it that sets them apart from one another? Well, the Asus Eee PC 1000 gets loaded with a massive 40GB solid state drive. The Eee PC 1000H, on the other hand, represents the first time ever than an Eee PC gets its primary storage through a conventional hard drive. If you opt for the Windows-powered version, you get a 80GB HDD. Take on Linux and you get a 160GB hard drive. Clearly, this is in response to competing subnotebooks that come with real hard drives.

If that’s not enough space for you, every Eee PC also comes with 20GB of online storage. That’ll go really well with the inclusion of 802.11n Wi-Fi connectivity found on all three of the subnotebooks announced at the event.

We Love the Competition 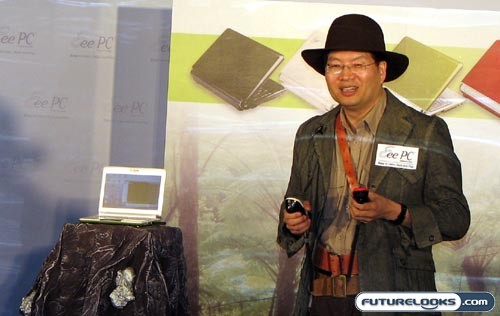 As part of his speech at the official launch event, Jerry Shen also addressed the growing number of competing devices on the market. When the first Eee PC was unveiled to the world last year, there was nothing quite like it on the market. Fast forward to one year later and it seems that everyone is making a subnotebook. You’ve got the HP Mini-Note 2133, Everex Cloudbook, and MSI Wind, as well as rumored offerings from Sony, Dell, and Acer. It’s getting a little crowded in the area of tiny laptops. 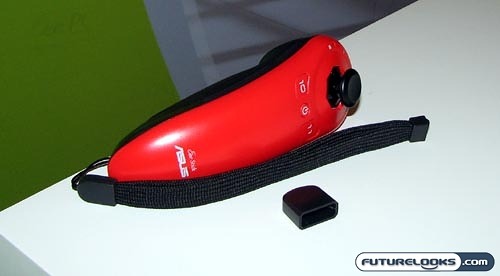 Shen’s response was that he welcomed all these other offerings. He welcomed the competition, because he feels that having so many small notebooks on the market can only serve to expand the popularity of the form factor and it will solidify Asus’ position as a recognized industry innovator. Interestingly, Asus and Jerry Shen also have no trouble drawing comparisons between their Eee Stick motion-sensitive gaming and multimedia controller with the nunchuk attachment from the Nintendo Wii. I guess you give a little and you take a little when it comes to “being inspired” by the work of other companies.