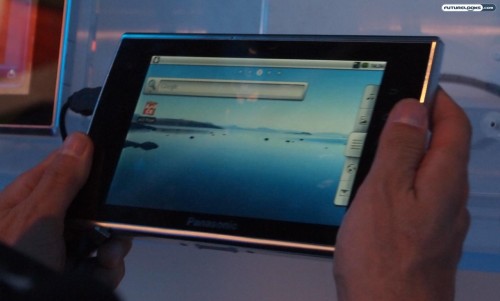 Our continuing coverage of the 2011 Consumer Electronics Show turns its attention over to a market that is quickly growing, expanding, and innovating: tablets. The Apple iPad remains the dominant force in this segment for now, but with the rise of Android 3.0 Honeycomb, NVIDIA Tegra2, and other great developments, it’s in for some stiff competition.

Along with the onslaught of tablets coming from what feels like every which direction, we’ll also be taking a quick stroll down the lane of netbook and notebook PCs. It’s all about having as much computing power as possible while hitting the road. It’s not like we can completely disconnect from the matrix, right?

BlackBerry PlayBook by Research in Motion 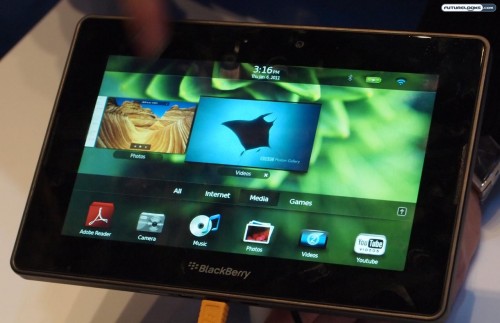 While our April Fool’s prank didn’t exactly come to fruition, Canada’s Research in Motion has still been keeping itself pretty busy. In addition to new BlackBerry smartphones being released now and then, they’re also working on a tablet.

The BlackBerry PlayBook has been delayed on more than one occasion, but we’re hearing that it should be ready for commercial consumption in the next few months. One of the keys here is that RIM has opted for a QNX-based user interface for its tablet and, let me tell you, it looks gorgeous in person. Instead of simulated multi-tasking, it offers real multi-tasking.

You know how you get thumbnail previews of your programs when you hover your mouse over the taskbar in Windows 7? The same kind of thing happens with the PlayBook, complete with videos playing in the background, webpages loading in the background, and more. Unfortunately, it’s Wi-Fi only, relying on a tethered (via Bluetooth) connection with your BlackBerry for mobile interwebz. A mobile network enabled version is in the works apparently. 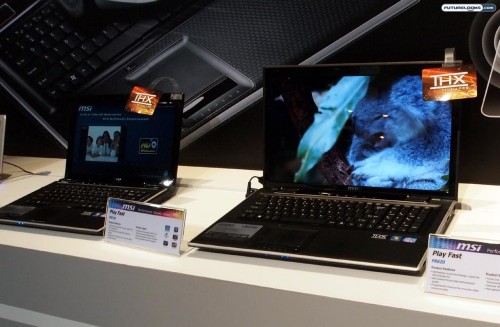 What about notebooks? MSI unleashed a huge lineup of laptops at the show. Some of them are geared toward the entertainment crowd. Some take their aim at the gaming market. And then there are several that just approach the more general notebook market. What they all have in common is Sandy Bridge.

MSI says that it is absolutely dedicated to Intel’s new platform (though they offer AMD-powered units too). One such example is the MSI FR720. The “F” in its name designates the more fashionable inclinations of this 17.6-inch desktop replacement. It’ll be offered in a few Sandy Bridge choices with prices to match. Why Sandy Bridge? Well, compared to previous generation Core i5 and i7 platforms, Sandy Bridge will not only be faster than the previous generation, but will also save battery life doing it thanks to more aggressive power management and the use of a new discrete graphics core right on the new processors.

Running through the specs, you get “next-gen Intel HD graphics” (integrated), MSI Premium Sound Technology with THX TruStudio Pro, a pair of USB 3.0 ports, built-in HD webcam, and a hard drive with up to 640GB of capacity. 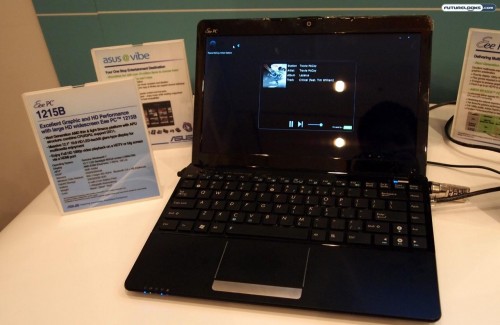 Turning our attention to our friends at Asus, we find that they are still quite commited to their Eee PC line of netbooks. In some ways, you could say that the Eee PC hasn’t changed all that much in recent years, but there are a few changes worth noting. In the case of the Eee PC 1215B, for example, you’ll find that it takes advantage of the new APU structure from AMD, which combines the CPU and GPU into a unified Brazos platform (aka AMD Fusion). This allows for full 1080p HD video playback via the Eee PC’s HDMI output.

Other noteworthy features include the 12.1-inch LED backlit WXGA display with a 16:9 wide aspect ratio, up to 4GB of RAM, up to 320GB hard drive, and the now characteristic chiclet keyboard.