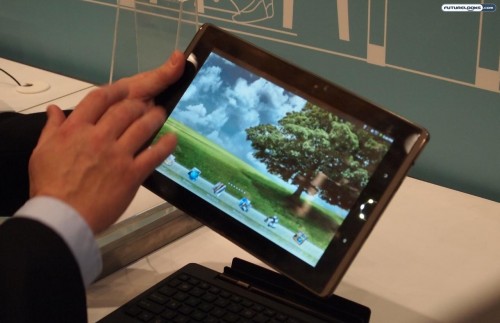 We already touched on this product as part of our CES 2011 press day coverage, but it’s definitely worth revisiting. The whole tablet thing is pretty great, but sometimes you want to have a physical keyboard. That’s what you get with the Asus Eee Pad Transformer. The Android tablet is easily used on its own, just like any number of other tablets that you might find from other manufacturers, but there is also a keyboard docking station. When you put it in there, you get a real notebook experience (well, maybe closer to netbook). 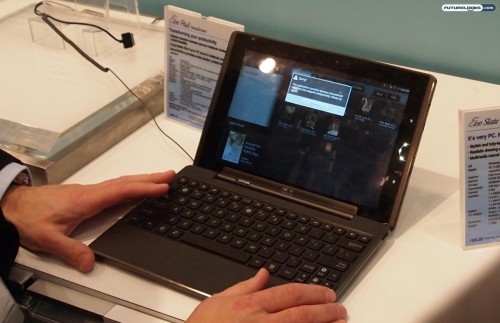 What’s interesting is that, while it appears to be powered by an NVIDIA Tegra 2 chipset, the unit on display was only running on Android 2.2 Froyo. We hear that Android 3.0 Honeycomb could be ready for the Eee Pad Transformer when it launches in Q2. Otherwise, it’ll ship with Android 2.3 Gingerbread.

If you prefer a slightly different form factor, the Eee Pad Slider may be more your cup of tea. It comes with an integrated keyboard that slides out in landscape orientation. This is not unlike several different smartphones and quick messaging phones, albeit in a much larger scale.

GIGABYTE Is Ready To Compete in North America

We’ve always known that GIGABYTE had some interesting products hidden away in Taiwan. Yet our only glimpse here in North America was the original M912 Atom Convertible Tablet. Not any longer as CES 2011 marks a real push from their G-Style Mobile Computing Division.

Nicholas Kanter from GIGABYTE takes us through their new line-up which includes the S1080 Tablet, T1125 Transforming BookTop, and T1005 Tablet PC in this exclusive video preview.

It looks like everything we’ve seen in our many trips to Taiwan for COMPUTEX is finally arriving. GIGABYTE isn’t new to this market so expect them to be quite aggressive with these new products as they have been in the motherboard market. 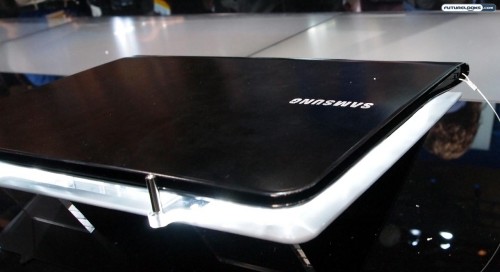 Do you like the super-slim aesthetic offered by the MacBook Air, but you want something with a little more grunt (and some Windows) under the hood? Samsung is going beyond smarter homes by revealing the svelte Samsung 9 Series.

You want skinny? You’ve got skinny. Samsung is saying that this lappy measures just 0.68-inches thick, making it the slimmest and lightest 13-inch notebook on the market today. It gets its power from a Sandy Bridge processor that can turbo its way up to 2.3GHz for heavier lifting. It also tips the scales at a barely there 2.89 pounds, barely edging out the “MBA” in the featherlight competition.