I don’t think anyone saw this coming as today has become one extremely special day for Research in Motion. In addition to the official launch of the BlackBerry App World earlier this morning, the folks at Waterloo have given us yet another huge surprise.

A lot of the talk in the smartphone world these days has to do with the Apple iPhone, but we could be looking at one of the biggest corporate mergers in the history of cell phones. It has just been announced that Research in Motion, maker of the BlackBerry line of devices, is in the process of acquiring Palm, Inc. This news comes mere months before the pending release of the Palm Pre, a smartphone that is supposed infuse new energy and excitement into the Palm brand. Research in Motion wants to capitalize on this excitement and extend it to the BlackBerry line as a whole.

The way that we approach smartphones has drastically changed in recent years. It wasn’t all that long ago that smartphones were reserved for the corporate and enterprise environments, because these are the people that demanded a more robust handheld. This goes back to the days when businesspeople were still enamored with the Palm Pilot line of PDAs and it grew with the emergence of the revolutionary push email technology found in early BlackBerry devices. The average consumer, by contrast, was much more interested in fashionable phones like the Motorola RAZR. 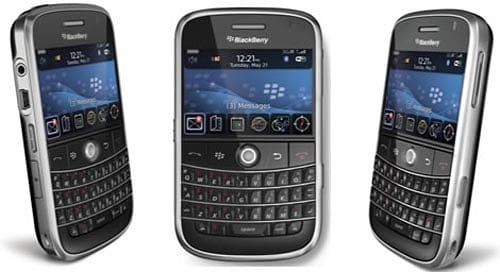 That has now changed. You don’t have to wear a three-piece suit to want a smartphone anymore, because the general public is quickly starting to demand more from their phones. People want feature phones that can take decent pictures, play music and videos, send and receive emails, surf the web, update Twitter accounts, check Facebook, and so on. Smartphones, like the HTC Touch Diamond and Apple iPhone 3G, are designed to satisfy this kind of demand. This has created a great air of competition in the smartphone world and RIM seemingly wants a bigger ace in the hole.

In a prepared statement (which will see official release later this morning), Research in Motion co-CEO Jim Balsillie said that this was the “perfect time” to capitalize on a synergistic merger with Palm, Inc. “The corporate world has long since known about the power, security and reliability of the BlackBerry. With the acquisition of Palm, Inc., a company with a long history in the enterprise market and a renewed vision for the future in the Palm Pre, we can be better positioned to appeal to the widest audience.”

Balsillie expressed a fair deal of excitement over webOS and how it fits with RIM’s vision of seamless connectivity and productivity. “Together, we can change the world.”

The Rebranding of Palm, Inc.

While the financial specifics of this new relationship were not disclosed to us, they did indicate that Research in Motion would be restructured to accommodate the inclusion of Palm, Inc. More specifically, RIM would become the parent company of two somewhat independent brands. 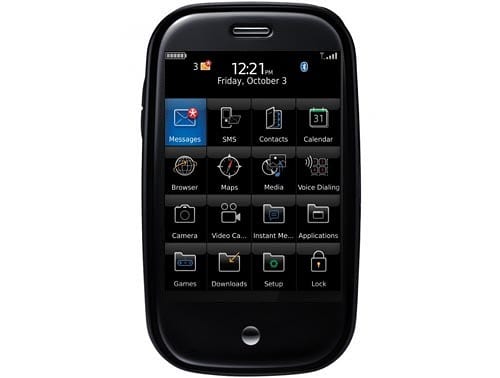 The BlackBerry arm will remain largely faithful to the corporate end of the market, catering to business users who have come to know and trust the security of the BlackBerry brand. The Palm arm will be rebranded as “PalmBerry”. PalmBerry-branded phones, like the upcoming Pre, would be largely marketed at the consumer market: A place where the iPhone currently has the most momentum.

Looking to the future, Research in Motion hinted at the possibility of more “Berry” sub-brands. It is unclear how they would approach a new moniker like BlueBerry or RaspBerry.