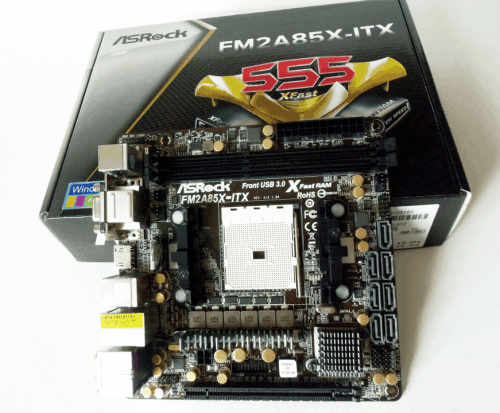 AMD has finally delivered on the new Richland APUs. And yes, they come with complete backwards compatibility. The question is, are any of the motherboards that were designed for the FM2 socket and Trinity still worth using with their latest chip? Or do you need something more? ASRock, a leader in innovative motherboard design, might have had the answer all this time, with the ASRock FM2 A85X-ITX. Maybe big things do come in small packages? 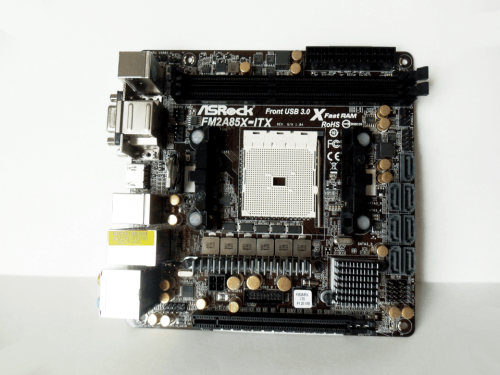 The FM2 A85X-ITX is a board designed to be paired with the AMD Trinity APUs and comes with all the bells and whistles you would expect. It fully supports AMD Steady Video 2.0, Dual Graphics, DirectX 11, AMD HD 7000 series integrate graphics, and AMD AMP!. In fact this board will even work with the Intel XMP profiles to ensure the best possible use of your RAM, in case it doesn’t support AMD’s AMP! profiles. This is just part of the package before ASRock added even more features.

ASRock is well-known for their ability to put a lot of premium features in their smaller boards. The FM2 A85X-ITX is no different as it has support for XFast RAM, LAN, and USB for performance boosts were it matters most. It also comes with the overclocking tool AXTU for easy, safe, overclocking, and boot to UEFI for easy access to manual overclocking options.

Some of the more unique features you will find is the ASRock Dehumidifier which will help keep the air in your room dry and minimize boot failures caused by high humidity. 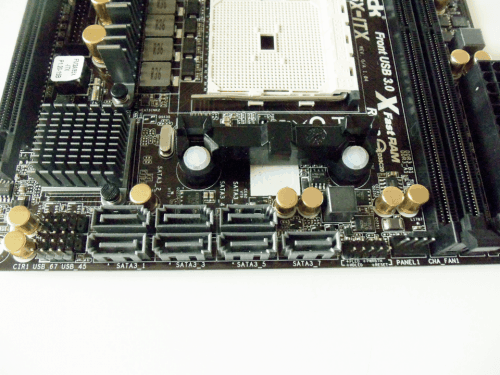 Now that we know how you control all the features of the FM2 A85X-ITX, lets look at what you will be controlling.

This ASRock board features Dual-stacked MOSFETS, all gold 100% Japanese premium solid caps, RAM support up to 2400+ MHz in two DIMM slots, three video outputs with triple monitor support (D-Sub, DVI-D and HDMI), and one full-sized x16 PCI-E slot. There is also plenty of storage room with seven SATA3 connectors, up to four USB 3.0 ports (2 in rear, 2 from on-board header), and two USB 2.0 ports. That is a lot of ports for an ITX board that boasts 7.1 audio, LAN, and CIR support as well.

All of this comes in at an MSRP of around the $120 US mark, which is highly competitive in the AMD FM2 motherboard space. 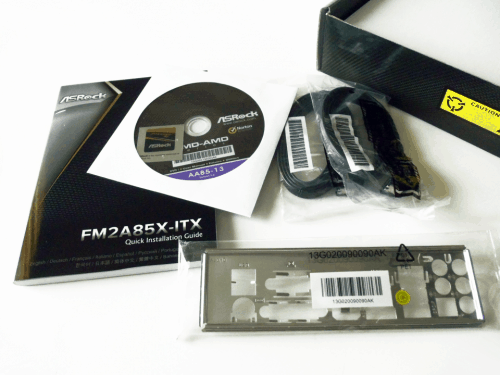 The great thing about the ASRock FM2 A85X-ITX board is that all the great things are built into the board or derived from its flexible BIOS/software support system. There really isn’t any hardware you need to add to get all its great features. ASRock instead used this to save we consumers some money with minimal hardware accessories. In addition to the board, you will find the I/O shield, four SATA3 cables, user manual, and quick start guide.

I would normally have something to say about the lack of accessories, but this is a different situation. Stand alone premium ITX motherboards on the AMD platform usual have an MSRP around the $120 and are used mainly for DIY LAN party systems. Second, as we have seen in the past, most ITX motherboards don’t have four SATA cables included. You might get one or two if you’re lucky.

Let’s grab a closer look at the board itself next.