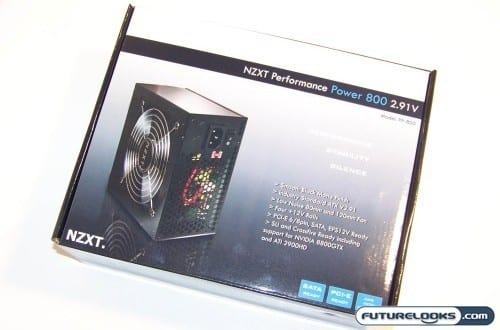 NZXT has positioned themselves as the choice for gamers on a budget. They offer a wide variety of decent cases which can usually be found at the largest national retailers to the smallest retail computer stores. Most of the time, budget gamers will need to purchase their own power supplies as most cases come without one. NZXT has stepped up in this respect by offering quality power supplies at a reasonable price. Today we’ll be looking at NZXT’s Performance Power (PP800) 800 Watt Power Supply.

NZXT’s Performance Power series of power supplies offers “performance without sacrifice” and are engineered to provide all the power you need to power most high end systems. The unit offers up a 78% efficiency rating while pushing four +12V rails. The 800 Watts provided should satisfy the needs of most SLI gaming systems.

The features that will attract most users are the quad +12V rails, 78% power efficiency, and both 6 and 8-pin PCIE Express connectors. There’s room to add multiple performance based video cards that need the extra power connectors. The four +12V rails mean plenty of power is spread out among the system. As you can see on the spec label, the +3.3V, +5V, and +12V rails all offer decent respectable amperage.

What’s most significant about the amperage is that NZXT didn’t waste precious amps on the +3.3V and +5V. Quality power supplies will offer a good balance on these two rails where as cheaper ones will offer too much. At 24 and 32 Amps respectively, this is almost the perfect balance. Of course, the +12V1 and +12V2 offer 18 Amps with the +12V3 @ 20 Amps and +12V4 @ 22 Amps. 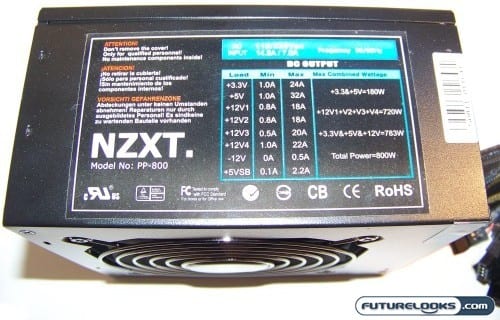 Another feature not mentioned is the current price. Even though it’s an 800 Watt power supply, it can still be found for $120 to $140 depending on the retailer. This positions it quite aggressively with other proven power supplies. Testing will reveal whether it’s a steal or something too good to be true. NZXT also puts this power supply out in more modest 500 and 600 watt models. 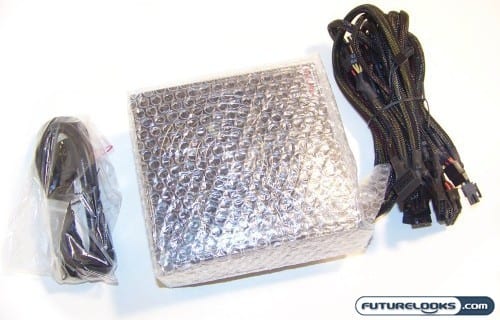 The box contains a power cord, mounting screws, and naturally the power supply. There’s not much to have to bundle inside, though it would have been nice to see a few cheap Velcro straps for managing the cables once the PSU is installed. Moving right along… 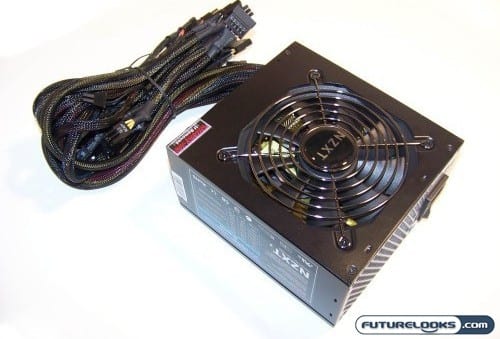 If the weight is any indication, the Performance Power PP800 is anything but “cheap”. After removing the bubble wrap, you’ll see that the PSU offers a nice gun metal black chassis. However, it’s not entirely solid black as you can see. The overall color should match black computer cases. Going solid black can be a good thing or a bad thing depending on the case used. The finish appears top notch and fully covers every detailed edge. Even the chosen grill matches the theme. 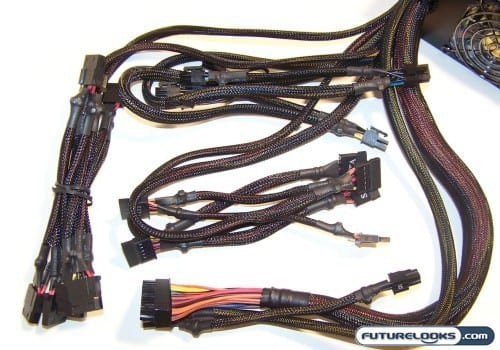 The most obvious thing you’ll notice is that the PSU isn’t modular and is a standard hard wired design. This offers two things in its favor: It saves you some money since modular features can drive up the price and there’s no chance of a questionable connection unless you break a connector. This is where extra velcro straps could have provided some consolation. Otherwise, the cables are wrapped in solid black braiding to keep things looking clean. 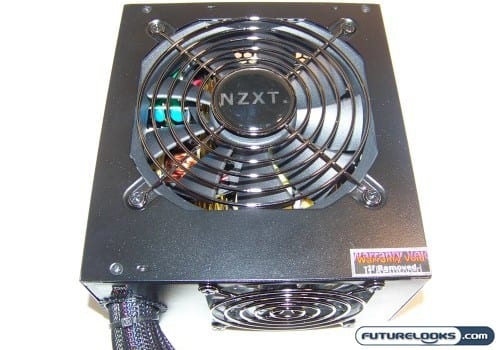 Internal cooling is important for performance PSUs as they can create quite a bit of heat while approaching full load wattage. The PP 800 has a front internal clear 80mm exhaust fan as well as a 120mm bottom fan all good for about 82 CFM. If the 80mm were an LED fan, it would have offered a nice effect. I’m sure more adventurous types could make that so quite easily.

Many PSUs don’t offer that additional 80mm fan when a 120mm fan is already prsent. It’s possible this one serves the actual purpose of channeling air directly over the internal heat sinks. It isn’t entirely necessary for it to be there since the 120mm does the bulk of the work driving the warm air out. 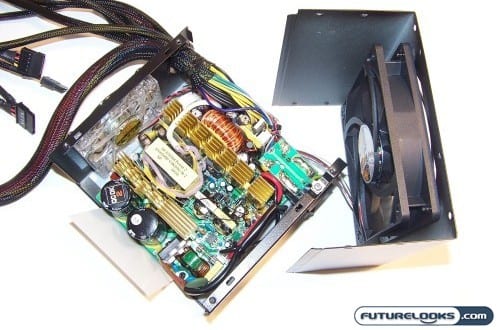 After pulling the PSU apart for a quick look, it would appear that the 80mm fan does have a purpose. The internal gold heat sinks can get very hot during extreme loaded conditions and it doesn’t help that they aren’t very large. As long as there’s plenty of air moving, there shouldn’t ever be a problem. The soldered contacts and components look to be attached well and there aren’t any cracked or questionable spots. Even the black and red wires that feed the PSU precious current are quite thick.