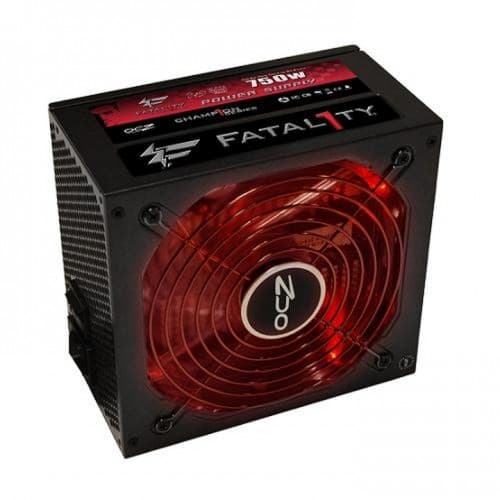 OCZ, one of the leaders in SSD technology, looks to be taking  it easy this year at Computex with only a  few product updates and 1 new SSD model. Adding to the recently released Vector series OCZ will be showing off a new Vector PCIe SSD. They will also have their updated Fatal1ty Gaming Series power supplies in 550W and 750W models.

The OCZ Fatal1ty Gaming Series PSUs are getting some refinement this year. These 80+ Bronze units will now have fully modular cabling, and specialized DC-to-DC converters to ensure compatibility with C6/C7 power states in Intel Haswell. They will still feature the 135 mm fan load-controlled fans, single 12V rail, and redesigned circuitry for better airflow. 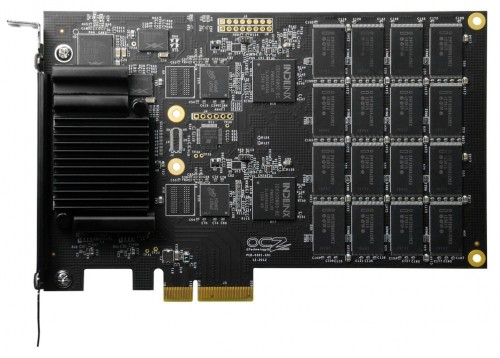 In addition, OCZ is also showing off their latest Vector SSD in a PCIe design. Thanks to increased bandwidth, this drives promises to have exceptional IOPS, massive throughput, and lots of storage. These are great for power users and workstation applications. We have all seen how much better PCIe SSDs can perform when compared to their SATA 3 counterparts.

Not the biggest news, but good to see OCZ still refining their products including several new enterprise solutions in the new SATA based Deneva 2, Talos 2 SAS drive, and Z-Drive R4 PCIe SSD Series.

June 3, 2013—OCZ Technology Group, Inc. (Nasdaq:OCZ), a leading provider of high-performance solid-state drives (SSDs) and power management solutions for computing devices and systems, will showcase the Company’s comprehensive storage solutions for client and enterprise computing along with announcing its new line of Fatal1ty Series power supply products at Computex 2013 in Taipei, Taiwan June 4 through June 8. OCZ solutions can be viewed at the main show floor this year at the Nangang Exhibit Hall, Booth K0309a.

Continuing to demonstrate its commitment to the enthusiast market, OCZ is unveiling the new Fatal1ty Gaming Series power supplies (PSUs) in updated 550W and 750W models designed to provide exceptional power solutions for gamers and enthusiasts, offering performance and reliability coupled with exciting new features. These latest PSUs feature premium components and heavy-duty protection circuitries with a fully modular cable management system to provide an organized case environment that maximizes airflow by eliminating unnecessary wiring, and utilizes specialized DC-to-DC converters for compatibility with Intel’s ®Haswell™ platform. Both models also feature a single +12V rail for exceptional power distribution, 80-Plus Bronze rating for high energy efficiency up to 85% at typical loads, along with 135 mm load-controlled fans with the Fatal1ty Series of trademark glowing red LEDs for stylish yet silent operation in high-end gaming rigs.

To kickoff the launch of the exciting new power supplies, Johnathan “Fatal1ty” Wendel will compete against fellow gamer and former sparring partner Kyle “relic” Mims in a special shootout to be held June 6, 7-11 pm at the SPARK venue in Taiwan’s landmark Taipei 101 on June 6th. With a record of 12 World Titles in five different games, Wendel is one of the most successful and recognized professional gamers in history. In recent years Wendel has declined to compete professionally and instead stay focused on promoting video gaming globally in his role as a Gaming Ambassador, while concentrating on his Fatal1ty Gaming Gear enterprise which includes the latest OCZ power supplies. In this special event, press, partners, and invited attendees can get a firsthand look at the latest OCZ Fatal1ty Gaming Series power supplies, along with viewing the live head-to-head shootout between these two gamers.

OCZ will also be displaying its complete portfolio of enterprise storage solutions including the SATA based Deneva 2, Talos 2 SAS drive, and Z-Drive R4 PCIe SSD Series, featuring the newest ZD-XL SQL Accelerator that represents the convergence of enterprise hardware and software as one tightly integrated, optimized solution, ensuring that appropriate and readily available data is on SSD flash when a SQL Server needs it.