Despite the leaps that GPS has taken in recent years, most units still require a few minutes to acquire and lock a satellite signal.  The Photo Finder is no different.  It takes roughly ten minutes for it to find satellites in wide open spaces with cloudless skies.

I found that the ATP GPS Picture Tracker struggled to get a lock if there were clouds or tall buildings around.  The LCD may indicate that it has a signal briefly but for the most part, it does not work at all in major urban areas.  I took the Photo Finder on my trip to Tokyo and it did not work at all in the city.  The only time it did work was when I was at the beach or in areas outside the bustling metropolis.  If you happen to be on a beach or perhaps Edmonton, like Michael Kwan, then this would be perfect for you.  None of that wheat and wind is going to get in the way of your geotagging fun!

When it does get a lock, the Photo Finder will tell you on the LCD your exact GPS coordinates and record your position every few seconds to the onboard memory.

In order to test the Photo Finder, I took a walk outside and randomly shot eight photos with my Canon PowerShot SD800IS.  Inserting the SD card into the slot on the side of the Photo Finder automatically brings up a prompt on the LCD that asks you if you’d like to tag all the photos on the card.  When you select yes, it’ll go through all the photos on the card, taking about 3 seconds, tagging the ones that it has data logged for.  After that’s done, you can also write a KMZ file for use with Google Earth.

While the Photo Finder declared that it had successfully tagged all eight pictures, plugging the card into my laptop revealed that none of the pictures were functional and were now corrupt (although they do appear to have a small thumbnail sized remnant of the actual image) 16KB data files that could not be opened. This was quite troubling as the operation of the Photo Finder is a single button press and I can’t see where it could’ve gone wrong.

My second attempt was the same with eight random pictures taken after the Photo Finder had acquired a signal.  This time, I backed up all the photos first before plugging it in to the device. ATP does recommend that you backup your card before tagging, but imagine a users horror to find that their whole 16GB’s of vacation pictures were wiped out?

The second attempt yielded a single image with proper geotag data while the other seven remained unreadable 16KB files.  As a reference, the 7.1MP images taken by the SD800IS should be roughly 3MB each. Perhaps the most confusing is that putting the original images back onto the card and plugging it into the Photo Finder again resulted in two images that were properly geotagged…although they were different ones than the first.

This means that success with the Photo Finder could be as random as a slot machine.  This does not bode well as trying to geotag all your vacation photos could result in an entire trip’s worth of photos eaten by the Photo Finder!  Again, ATP themselves tell you to back up all your pictures prior to ensure this doesn’t happen but seriously, it shouldn’t in the first place!

I tried this several more times to varying degrees of success but the Photo Finder never properly tagged more than 1/3 of the photos on the card.

If you manage to get the Photo Finder to properly tag a photo, the GPS data appears like this in the EXIF.  While some of the images that were tagged properly were done so with near pinpoint accuracy, I found that several were off by perhaps a 100 meters or so.  Not a huge deal since you really only need a general idea of where the picture was taken and 100 meters isn’t a big deal.

With such glaring flaws, it’s difficult to recommend the Photo Finder to anyone.  It’s really quite disappointing considering the quality of previous ATP products that we’ve reviewed. This product is a great idea and I think more products like this will be quite plentiful in the very near future, allowing folks with older cameras to get into the geotagging fun. With the ATP GPS Picture Tracker only making about a $99.00 dent in your wallet, it’s no wonder camera companies are rushing to include this technology in their products.

The ATP GPS Picture Tracker needs some serious polish in order for it to be a usable product and it’s simply inexcusable to have such problems in this day and age. The destruction of photos on whole memory cards will only lead to brand anguish from customers that lost all their travel photos to it. However, given the quality of ATP’s other products, I can’t see them not doing someting about it. Hopefully they will also consider supporting RAW formats to appease the enthusiasts.  Until then, wait for something better to become available before jumping into the geotagging pool as this product clearly isn’t ready for prime time. 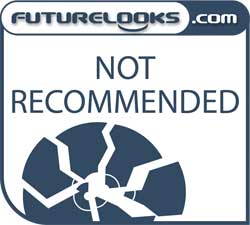