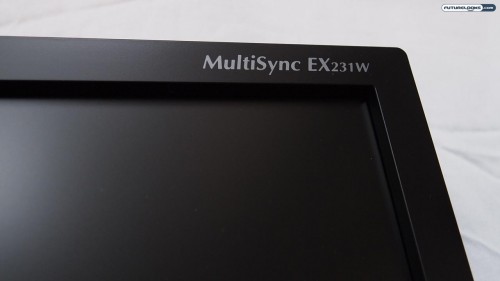 Up until now, we’ve largely been looking at LCD monitors for the consumer segment here on Futurelooks. That’s changing today. We recognize that many of our readers come from the business environment and many also work from home (like I do). So, while you don’t need to don a proper three-piece suit to use the NEC MultiSync EX231W LCD monitor, it probably wouldn’t hurt. You gotta look good, right?

Described as the “new generation of desktop monitors,” the NEC MultiSync EX231W is a widescreen LCD monitor for the business segment. It offers a 23-inch screen with a 16:9 wide aspect ratio and a resolution of 1920×1080 pixels. It’s also highlighted by its LED backlighting for even better performance. 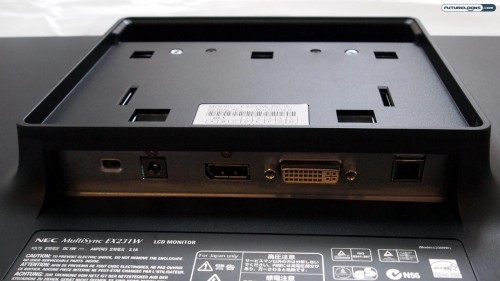 Unlike the HDMI input that you’d get on a consumer-oriented display like the Samsung SyncMaster XL2370, the NEC MultiSync EX231W opts for a DisplayPort input instead. DisplayPort, as you know, is geared more toward computer monitors, whereas HDMI was originally conceived for external consumer devices like HDTVs and Blu-ray players. The other input port is DVI-I, which can also serve as VGA input through the provided adaptor cable.

You’ll also notice the USB port toward the right of the picture above. This is for a USB pass-through to the top of the monitor. It’s not a hub, but that USB port at the top is conveniently placed for your webcams, thumb drives, and other small accessories.

There aren’t any real surprises as to the box contents for this particular LCD monitor. You get the screen itself, the base and connector arm (both of which are metal!), external power supply, power cable, USB cable, DVI cable, DVI-to-VGA cable, brackets, and basic owner’s manual.

You won’t find a DisplayPort cable included in the box, so if you choose to take that route, you’ll need to pick up a cable on your own. Aside from that, you’re pretty much ready to go out of the box. You just need to put the thing together. 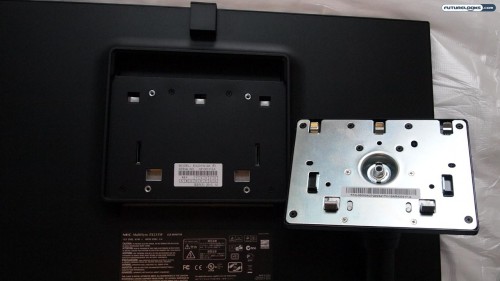 Putting the monitor together is simple enough. The connector arm easily “clicks” into place in the back of the LCD display. This gives a real solid fit and, thanks to the metal construction, you get some great peace of mind too. The arm then attaches to the metal base, you connect the power and DVI cable, and away you go.

I must say that I am very impressed with the build quality on this monitor. This is probably because it is a business-class product and is built as such. The metal construction is very good and it’s great to see that the display can be pivoted, tilted, and swiveled to your comfort. The “quick release” stand can be pretty handy too.