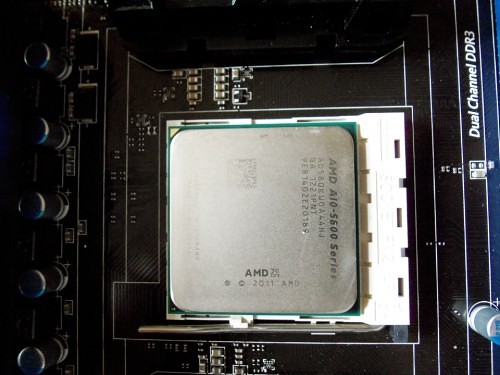 AMD continues using the same retention system for the CPU cooler. This is a big plus as any aftermarket cooler you can use with AM3, AM3+, FM1, or even some AM2 sockets will all work just fine. There are some do’s and do not’s I would like to go over for those planning to switch from an older platform.

If you are upgrading from an FM1 system, then you do not need to completely reinstall your operating system. However, you do need to remove any secondary USB 3.0 drivers, update to the latest AMD chipset drivers which as of this writing, are version 12.8 of the Catalyst Control Center. You should also remove any brand specific software control suites. ASUS’ AI Suite comes to mind.

Once you have done this, simply swap out your motherboard and APU then reboot. Windows 7 will recognize and reinstall all the drivers for you. I would also recommend using something like “Ghostbuster” or “Crap Cleaner” to help remove all of the old registry data to maintain boot speed. Since these utilities sometimes have a mind of their own, please do so at your own risk. Ultimaely, the best way is to completely re-install Windows 7 to ensure the best possible performance.

AMD had plenty of time to work out any bugs, kinks, and quirks so you will not run into any issues with an upgrade or new installation. Once the OS was running, I attempted to use the provided drivers on the CD. The installer hung for almost an hour before I decided to try something different.

Once your new OS is running, install the Ethernet driver and get the latest chipset and graphics drivers from game.amd.com. My MSI FM2 A85X-G65 did not have any secondary USB 3.0 or SATA controllers, so these covered everything with one update from AMD. 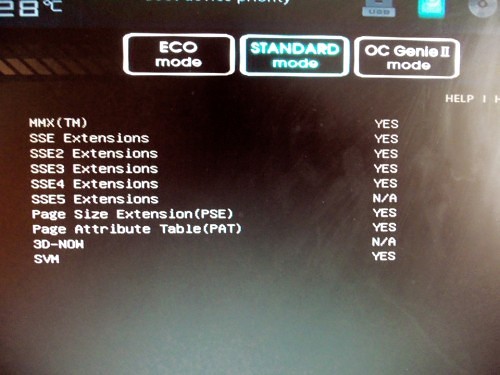 Overclocking the A10-5800K was easy thanks to the unlocked multiplier and more mature memory controller. Right off the bat I could get 2133 MHz RAM clock by simply switching to it. Attempting this with previous APUs and even the FX-8150 left the test system unstable. These attempts with my FX-8150 would often lead to a crash after a few minutes of gaming, I had no such issue with the A10-5800K. I could also increase the GPU to 950 MHz and the CPU to 4.3 GHz by turning off power management and adjusting the CPU voltage up a notch.

Getting the A10-5800K over those settings was a little bit more of an adventure. I eventually got the 5800K to 4.5 GHz, GPU at 1014 MHz bus, and memory to 2133 MHz with some voltage tweaking; however, this resulted in a catastrophic failure of my test system during gaming. Prior to the failure, I did get some performance figures that I will include where they apply.

Now that we have two ways to get to a stable system, lets put the A10-5800K and A8-5600K through its paces. Its time to see exactly what we have gained any performance with this latest hardware update.

Starting off with PCMark07 gives us a good idea up front of what we can expect in terms of overall performance, and in specific tests coming up. Testing was done with everything except secondary storage testing selected. 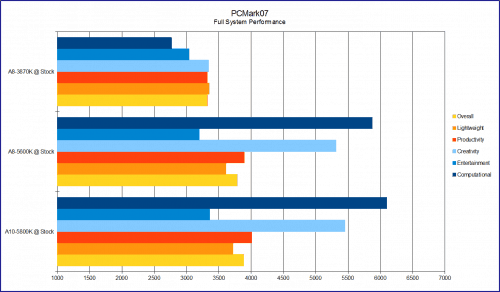 As you can see the A8-3870K comes behind in every test. While the older Llano chip normally falls 150 to 500 points behind, it is completely blown away in the Computational and Creativity scores by the new Trinity APU. This comes down to the support for the new instruction sets when performing certain tasks such as photo editing.

Lets take a quick glance at expected gaming performance as this is the area Trinity APUs are expected to shine the brightest. We don’t expect major difference as there was a marginal different between the 6000 and 7000 series graphics chips the GPUs were based on. We do expect lower power consumption though which we will validate a little later on. 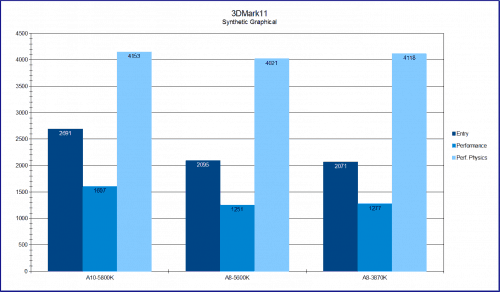 The A8-3870K falls within a few points of the A8-5600K with the A10-5800K pulling well ahead in graphical performance. This does fall in line with the AMD naming scheme as the A## is a quick way to compare performance at a glance. It would seem this is also very accurate.

With the synthetic tests giving us a relative direction of performance, let’s see how that translates to real world performance.

Now let’s try the same testing with an actual game. As always I test the AvP with the default settings which sets everything to high, DX11, but with only 2xAA. RE5 was testing with settings maxed out in every category, frame rate unlocked, Vsync disabled, and no motion blur. Both were testing at 1920 x 1080 resolution. 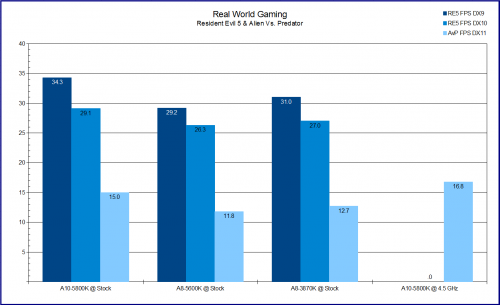 While all the numbers are very close, the A8-3870K comes between the A10-5800K and A8-5600K, which is not expected based on previous results. Following the same trend as the dedicated versions of these chips, the on-die 7660D and 7560D uses fewer shaders with a higher default clock.