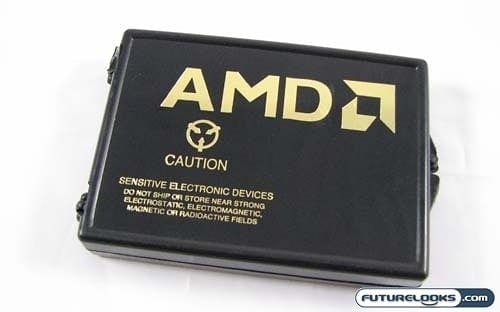 When it comes to selecting the components for your home theatre PC (HTPC), the one biggest problem is how to balance performance and heat. Since heat needs to be exhausted away from the computer, and the primary way to do that is with fans, it would stand to reason that the higher performing a component you want to install the noisier it’ll be. The two components that have the most effect on this are the video card and CPU. With video processing duties specific to home theatre and multimedia applications moving onto the motherboard we’re basically left with the CPU.

AMD has an answer to this conundrum; their latest low power processors offers all the performance of a Phenom II X4 at a reasonable clock speed and low-as-can-be TDP output. 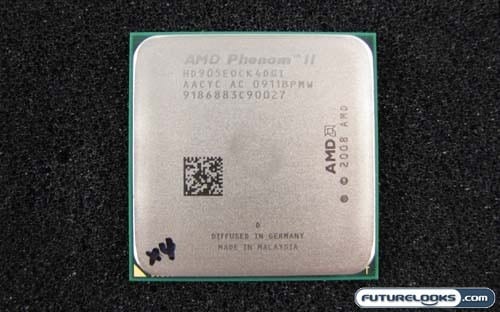 The AMD Phenom II X4 905e is a processor designed specifically to provide the lowest CPU voltage while maintaining a decent clock speed. The CPU has four cores all clocked at 2.5GHz, while only running at a TDP (Thermal Design power) of 65W. The 905e basically contains the same core we’ve seen in the previous AMD Phenom II Black Edition processors we’ve reviewed, but the multiplier on this CPU has been locked to 12.5 (12.5 x 200MHz = 2500MHz = 2.5GHz).

In addition to the lower TDP, to further combat heat and improve stability the core voltage on this CPU has been reduced to 1.15V. This is indeed a purpose built part, as it can’t really be overclocked easily, and is tested to specifically run within the afore mentioned specifications.

Unfortunately the Phenom II X4 905e is priced like a purpose built part. The street price for this processor appears to be between $180 and $200 USD, depending on while vendor you go with. To put that in perspective, you can get a Phenom II X4 955 for about the same price, or a 965 for another $50. Making your decision easier is the fact that those processors spew a lot of heat due to their TDP ratings and voltage requirements. Also this is the cheapest CPU in this performance bracket, with the equivalent Intel Core 2 Quad running you another $60 to $80 USD. Seems like an easy choice to me. We just need to figure out how well it performs.

The Test Rig, aka My Home Theatre PC 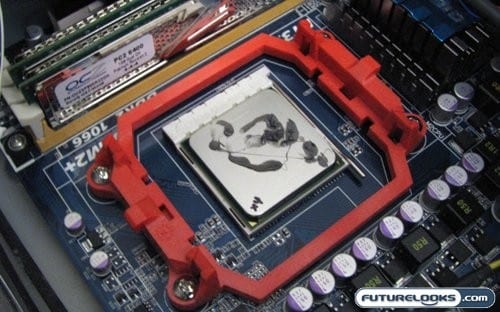 I figured the best way to test the AMD Phenom II X4 905e was to install it in my current Home Theatre PC. This is pretty well what this CPU was built for; well thisa silent PC, but the goals of the two systems are essentially the same.

Here are the specifications for my system:

This is actually my favourite system build. Unlike my performance rigs, which consist of throwing the fastest components together, this HTPC has parts that were selected specifically for the duties of an HTPC. The fans are all extremely quiet, and there’s a sound card installed to replace the awful onboard audio.

As for how I plan to test the CPU in this rig, I’m going to focus on some of the points I’ve made thus far. To see how this CPU stacks up against the 95W Phenom 9600 in there now, I’m going to test thermals and power consumption. I’m then to going to check CPU and multimedia performance, and see how quickly it chews through a compressing a DVD. Finally we’ll see if there’s any difference in CPU usage when playing back 1080p high definition video, testing to efficiency of each CPU.