It’s been a while since AMD has been in the position of the scrappy underdog. For several years they held the performance crown in desktop processors. Then came the Summer of 2006 and at COMPUTEX 2006, Intel released the Core 2 architecture. Suddenly AMD was back to playing second fiddle in the CPU shindig. AMD is now trying to fight back with it’s Phenom line of processors. 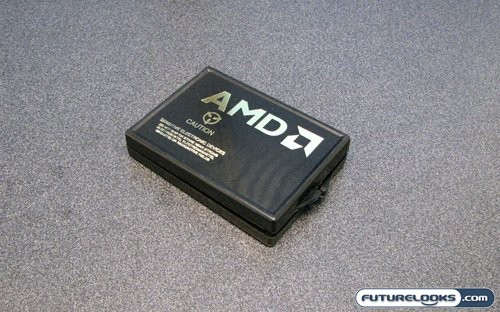 The Phenom line of processors is part of AMD’s new Spider platform. This platform was launched in November 2007, and the purpose behind it is to provide the ultimate HD performance platform. There are three parts to the platform, which AMD calls segments. They are as follows.

This cadre of hardware is noted by AMD to provide “THE platform for PC gamers, media enthusiasts & content creators, and PC enthusiasts.” This is done through “platform upgradeability and customization, leading-edge performance and bandwidth to deliver next-generation HD experiences, and industry-leading platform performance-per-watt for flexibility and headroom.” Where the Phenom fits into those goals is providing an energy efficient, true quad core processor.

By now, many of us know what happened at the launch of the Spider platform and the Phenom processors. There we saw some initial performance concerns when compared clock-for-clock with equivalent Intel silicon. That problem was exacerbated by an erratum on the B2 stepping of the Phenom processor (the stepping that is currently available in retail) with the Translation Lookaside Buffer (TLB). This issue could result in data corruption or loss in certain performance scenarios; scenarios that are rarely seen on the desktop. However a fix was issued in the form of a BIOS tweak, but performance took another hit. 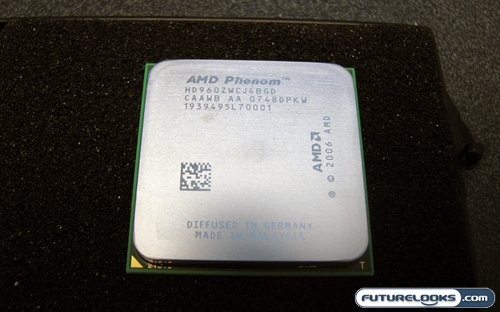 The Phenom launch was not without its bright spots. First and foremost was the fact that the Phenom would be the first true quad core processor, with all four cores being on the same die. The other plus side came in the form of one heck of an olive branch from AMD, in the form of a multiplier unlocked “Black Edition” of the Phenom 9600. We have just such a creature for a review. Here’s the run down of specs for the Phenom line of processors. Full specs can of course be found to the product page.

The Phenom 9600 Black Edition is clocked at 2.3GHz, and sports all those features noted above. Even with its unlocked multiplier, it still comes in at a very reasonable price. At many retailers you can find Black Edition Phenom 9600 units priced only $10 – $20 more than their standard Phenom 9600 counterparts. Now many are still left to wonder how much of a performance hit the TLB erratum fix the Phenom takes. We intend to find out with this processor, and see how far we can push the silicon with some good ol’ fashioned overclocking.