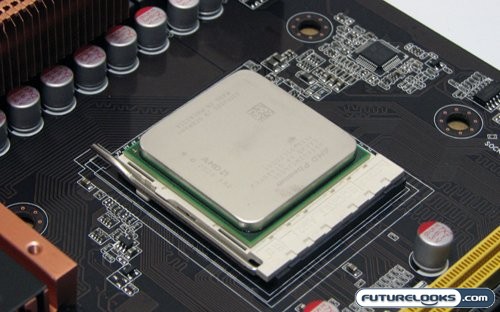 We’re going to get right into it with our testing. First and foremost we highlight what I think is the best software overclocking tool available…when it works. Then we get into some juicy overclocking goodness. But before all that, let’s run down the specs for the test rig for this review. We plugged the AMD Phenon 9600 Black Edition in the following system which includes…

The only thing that we don’t have is an AMD/ATI 3800 series GPU which finishes off the Spider Platform. Since this is a Black Edition CPU, it comes without a heatsink so we used the recently reviewed Cooler Master Hyper 212 CPU Cooler. 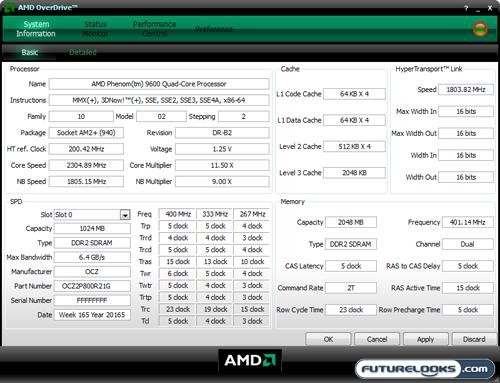 OverDrive is AMD’s software overclocking tool, and is compatible with all modern AMD processors. It allows you to either take the easy way out and let the software decide how far you can push your CPU, or completely hand the controls over to you and give the ability to tweak every possible feature until your system is a well oiled machine. Once you’ve applied the changes, you can use the internal benchmarking tools and system monitors to make sure your system will function without dying in a puff of blue smoke. 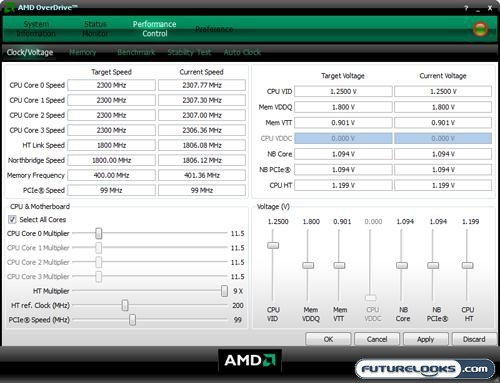 Now for testing we used version 2.14 of AMD OverDrive. There is newer version out, numbered as 2.17. However in a long line of snags we encountered when trying to use this software for overclocking, version 2.17 appears to have some compatibilities with Vista. Upon attempting to launch version 2.17 of OverDrive, I was presented with an error saying the software couldn’t detect an AMD CPU. This was rather interesting, considering I had just inserted an AMD CPU into the motherboard.

After attempting to reinstall Vista, making sure my drivers and BIOS were up to date, and scratching my head a little bit, I performed a Google search and discovered this is an extremely common problem. The community’s recommendation? Either switch back to version 2.14 of OverDrive, or downgrade to Windows XP. The official response from AMD? Nothing gleaned from the first couple pages of the Google search. So I decided on the former option, since many of our benchmarks are DX10 and this is supposed to be a Vista compatible platform. Version 2.14 loaded without issue, which then started me down the path to the next problem with the Phenom 9600 Black Edition.