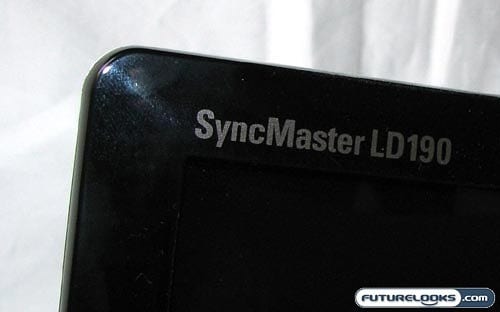 If you have read some of my reviews in the past, then you may already know that I no longer have a desktop computer. Instead, I have come to rely on my laptop as my primary computer and this has suited my mobile lifestyle just fine. In fact, I use my notebook as if it were a desktop, attaching it to an external monitor and a wireless desktop.

The trouble is that when I try to use a dual display setup, my laptop screen is inevitably lower than that of the external LCD monitor. The latter is on a stand and this can make for a somewhat awkward experience. Recognizing this relatively new niche, Samsung has released a pair of so-called laptop companion monitors. Today, we’re taking a look at the Samsung SyncMaster LD190.

Before we get down to the laptop-friendly elements of this particular product, let’s run down the main features and specifications.

The LD190 isn’t exactly the largest LCD screen on the market, measuring just 18.5-inches across the diagonal, but this is still a substantial improvement over the 14.1-inches I get on my Dell laptop. If you want something bigger, there’s also the 21.5-inch LD220 (which sadly does not offer you more pixels of resolution at that increase in size).

As part of the Samsung LapFit series of monitors, the LD190 features a native resolution of 1366 x 768, taking on the 16:9 wide aspect ratio popular with movie enthusiasts. I fully expected a higher resolution than this, seeing how even a de-branded 20-inch HP monitor is capable of doing 1680 x 1050. Is that a deal breaker? Possibly.

Rounding out the specs are a 1000:1 contrast ratio, 250 cd/m2 brightness rating, 5ms response time, 2-lamp low power consumption, and UbiSync technology. The UbiSync is not unlike the technology in the previously reviewed Nanovision Mimo UM-710 USB Monitor. 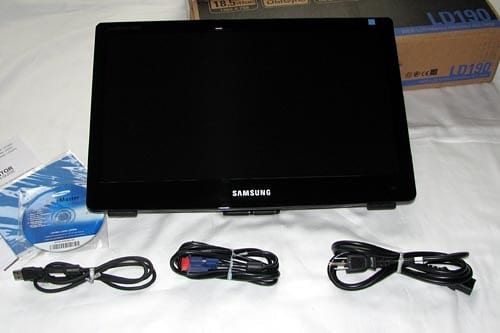 In terms of retail packaging, Samsung has taken the same approach with the SyncMaster LD190 as it has taken with just about every other LCD monitor in the company’s lineup. You get a pretty standard-looking brown cardboard box and inside, everything is packed away with a pair of Styrofoam inserts.

Aside from the LCD monitor itself, which comes with some clear protective tape around the bezel, you get a power cable, VGA cable, USB cable, installation CD, and supporting documentation.

It Stands on Its Own 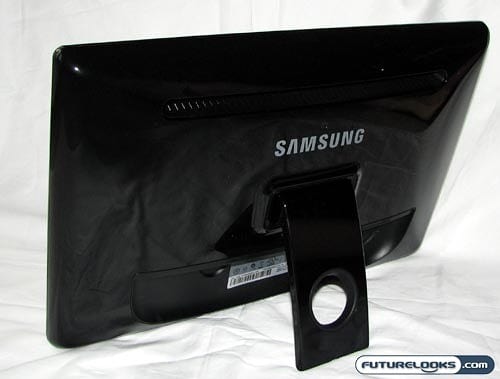 And this is the main selling point for the LapFit SyncMaster LD190. Nearly all other LCD monitors come with a stand of some kind that elevates the screen above the surface of your table. Such is not the case with the LD190.

Instead, you can almost say that the Samsung LD190 is designed like a giant digital photo frame. There is a kickstand-like portion that protrudes out the back and you can angle this to your liking to prop up the monitor. The idea behind this design, as you can probably imagine, is so that the bottom of the screen makes contact with your desk or table. In this way, the monitor will line up better with your laptop when it sits next to it, making the dual monitor configuration a little more user-friendly.

Since it sits on your desk like a giant digital picture frame, you don’t get the tilt and swivel functions that you normally would find with any other LCD. Of course, you could adjust the angle of the stand and rotate your screen as needed with it on your desk.