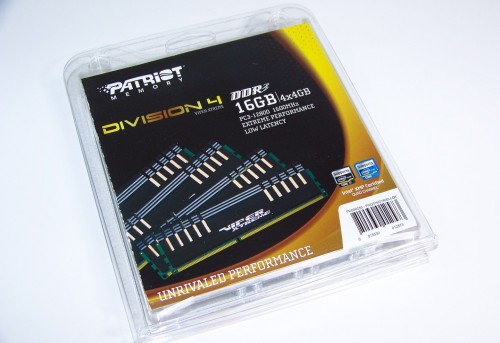 We were all surprisingly content with dual channel memory performance when Intel announced triple channel memory support in Gulftown processors. Then just as we got use to the high-speed triple channel performance  being the most efficient method for delivering epic amounts of memory bandwidth for big projects, Intel again changed the way content creators get their work done by giving us quad channel memory support inside Sandy Bridge-E processors. But what exactly is the benefit of all those channels? Let’s see if the Patriot Memory Division IV Viper Extreme Memory Kit has those answers! 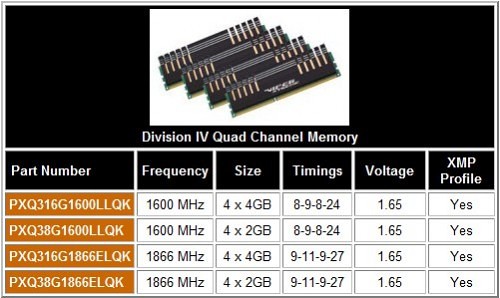 From the table, you can see the differences from kit to kit. While the entry level kits offer 4 x 2GB sticks, the largest kits are 4 x 4GB. There are larger 8GB modules on the way for those that want to max their 4 and 8 DIMM slot motherboards. Just remember, 8GB is plenty for standard users and gamers. Larger kits will pad your system nicely if you use multiple large programs at once.

The pricing for the 1600MHz kit as tested is around $110 – 120 US on the street which places this just a little above what you would pay for two 2x4GB dual channel kits to reach the same clock speed and memory density. But due to the slightly tighter timing and testing that goes into validating quad channel reliability at these speeds, the premium is necessary. There’s just not as much room for error when running four channels. Especially when overclocking them. 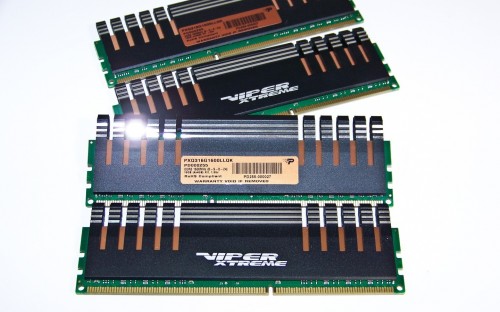 Each corresponding channel interface allows the processor to access and utilize larger amounts of data through the memory. Big data intensive programs load faster while others used in things like rendering, are quicker the more channels used. The only benefit gamers typically see are slightly quicker load times. If you really want quicker program performance all around, order an SSD instead because that’s the true bottleneck. But if you already have an SSD, then memory bandwidth is a place you can improve on. 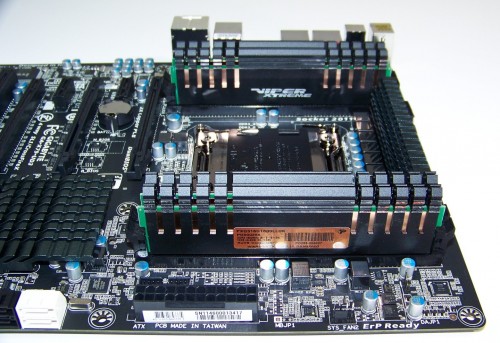 Operating system is of course Windows 7 Professional 64-bit fully patched. Each board is using the latest BIOS update as well as Intel INF chipset drivers. A single ZOTAC Geforce GTX 580 video card was used in each system yet has no influence on the benchmarks. Now let’s look at one of the few things that sets memory kits apart: Overclocking!