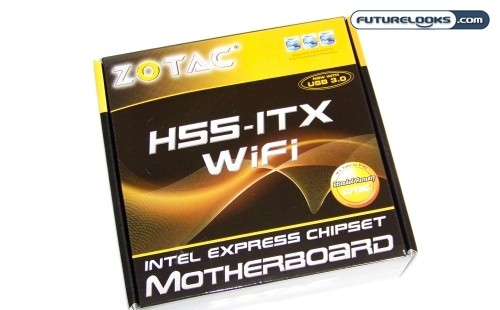 Enthusiasts love to show off their biggest, most powerful computers. While visiting Texas for a little QuakeCon action, I saw some crazy huge computer systems taking up a little bit more than their share of the table, or even the actual walk ways. In the eyes of many gamers and enthusiasts, bigger often means better and faster. ZOTAC, who is the trailblazer in Mini-ITX motherboards, think that shrinking the size of a platform and giving it scalable options, is the way to go. With the right mix of components, could the ZOTAC H55-ITX-C-E could be your next “big” system? Let’s find out!

Before we jump into a bit more discussion, here’s a quick video overview of the board and what you get with it:

While previous generations featured integrated single and dual core ION processors, the H55ITX-C-E is much like any other Micro-ATX and ATX motherboard. It supports Core i5 and i7-800 series LGA1156 processors, 1333MHz DDR3 memory, and even a full speed x16 PCI Express slot . To support the Core i5 processors with integrated HD graphics, the motherboard has DVI and HDMI ports. These are the two common ports associated with monitors these days. Otherwise, you’ll find a VGA-DVI adapter in the box.

You’ll be happy to know that the H55ITX-C-E supports Intel Turbo Technology which wasn’t available in early models. That should give the LGA1156 processors a nice extra boost when needed. Other features include USB 3.0, SATA 3, and eSATA ports. And, of course, 8 channel Realtek HD audio with supporting SPDIF and analog jacks. 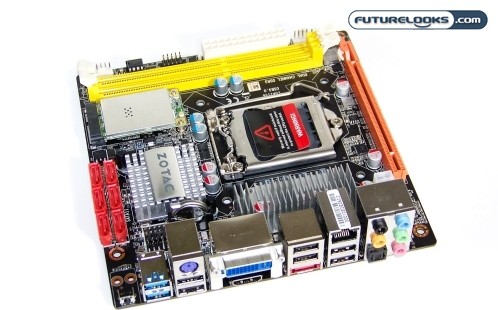 The Mini-PCIE Express slot comes with a WiFi card installed supporting 80211n speeds. However, users will have to connect the antennae unit themselves which is easy enough. Still, this saves you a little cash and opens up the ITX system to more possibilities.

All of these features can be had for about $139.99 compared to the average $159.99 price tag of a good quality, regular ATX based motherboard. Keep in mind that the H55ITX features wireless-N where as you’ll need to add a wireless adapter to the price tag of any motherboard. So, there’s value here even if you don’t see it at first. 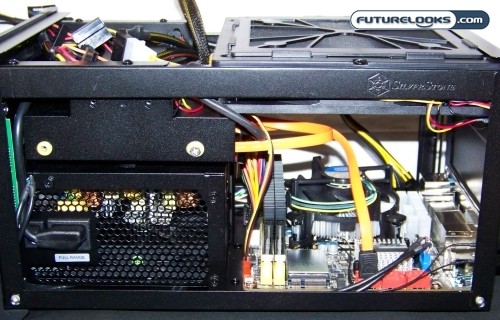 I didn’t get anymore creative than usual when testing the ZOTAC H55ITX-C-E motherboard. Since it’s very similar to regular motherboards only a lot smaller, it’s standard business as usual. I decided to use some upscale components to show you what can be achieved with a little patience and finger dexterity.

Since the ZOTAC board supports wireless 802.11n protocol and the ASUS does not, I only gave the feature  a spin rather than an all out benchmark. However, data transfers were very comparable to two wireless-N capable laptops in the office. On with the benchmarks!