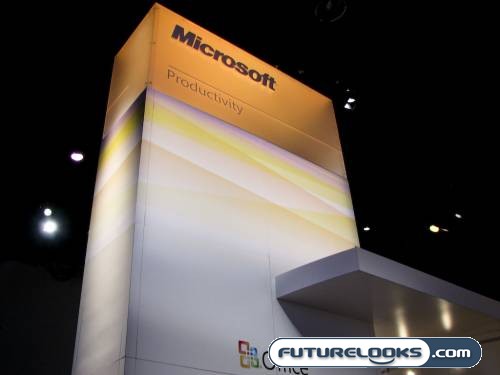 You could say that the biggest news coming out of Microsoft’s appearance at this year’s Consumer Electronics Show was that Bill Gates would finally be retiring from the company, even though he’d stick around in a limited kind of way. Even so, anyone who walked into the Central Halls of the Las Vegas Convention Center would immediately be hit with one of the biggest booths at the show, and sure enough, it was the booth of Microsoft.

In terms of raw square footage, the Microsoft booth was perhaps only rivaled by Intel, which just happened to be across the way in the Central Hall. Nah, the Microsoft booth was definitely bigger and that’s because each segment of their business got about the same amount of space as some smaller vendors might have for their entire lineup. Was this Bill’s idea of a digital decade? Perhaps. And the Redmond, Washington-based company had a lot to show off, even if it wasn’t all entirely new. 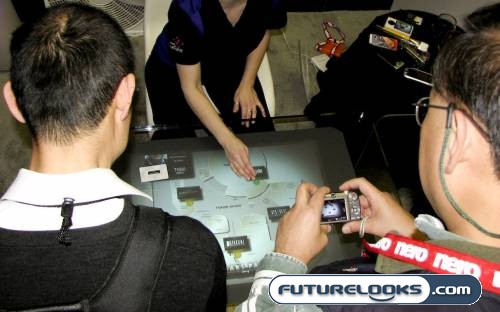 I remember hearing that a version of the Microsoft Surface was supposed to be ready for implementation by the time CES 2008 kicked off earlier this month. When I asked one of the product reps about this, she said that the delay had little to do with Microsoft’s end of the equation, because the platform — along with all the necessary software and so forth — was totally ready to go. The delay was largely due to the provider’s and manufacturer’s end of things, as they would want to customize the Surface concept to suit their needs.

Whatever the case, this was my first time seeing the Microsoft Surface computer in action and it totally seemed like something that could be seamlessly integrated into a Las Vegas hotel. Imagine being able to take a picture with your digital camera, and then right when you place the camera on the Surface table computer, the images would come sprouting out. You could then drag them to an email application and send them away.

In like manner, you could place a compatible cellular phone on the Surface Computer and immediately be able to purchase new content, ringtones, and other goodies, having them all billed to the Player’s account you have set up with the casino. Very convenient, very seamless, and definitely cool.