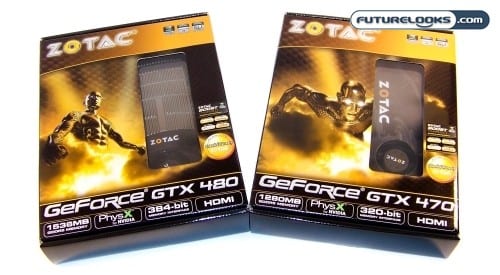 Most PC enthusiasts have been keeping up with nVidia’s “heated” Geforce GTX 470 and 480 GPU launch. Despite the drama, nVidia’s partners are still doing what they do best and that’s continue to produce good video cards. With the right combination of components and software, they can shine where nVidia’s own reference cards may have failed to impress. ZOTAC is one such manufacturer that develops their own video cards from the PCB up. This allows them to fine tune their video cards which can improve performance and lifespan of the product without having to cut back on features. Today we see what ZOTAC does with nVidia’s latest and greatest: The GTX 470 and GTX 480

The newest GF100 GPU boasts a couple features not previously found in the earlier GTX 2XX. The obvious major differences come in the form of a 40nm die shrink, greater number of CUDA cores, faster GDDR5 memory, 3D nVision Surround support, DirectX 11, Tessellation and Open GL 3.2. There are naturally memory, core, and frequency differences noted in the chart below. 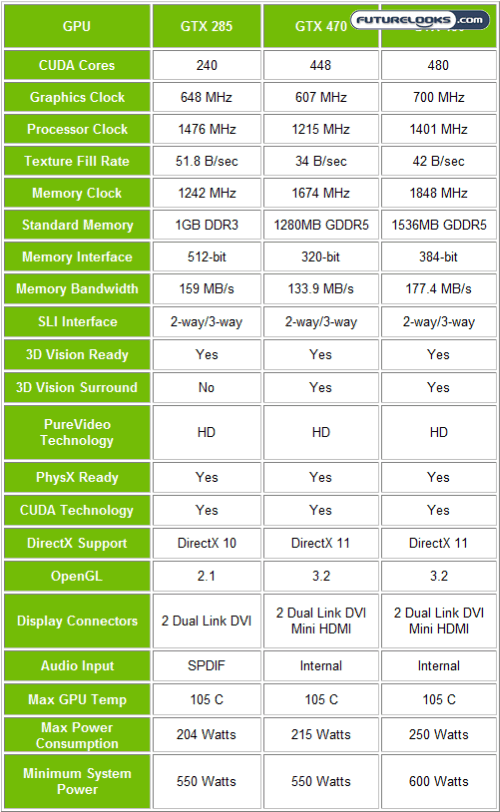 Like many vendors, both the GTX 470 and GTX 480 sport stock frequencies. Typically, we get to see ZOTAC’s spin on the reference cards dubbed AMP! with higher memory, GPU, and stream frequencies by now. Unfortunately, the late nVidia launch probably has engineers still testing GPUs to see if there’s extra head room for these cards more tuned versions as typically their AMP! cards tend to rock.

What’s In Each Box? 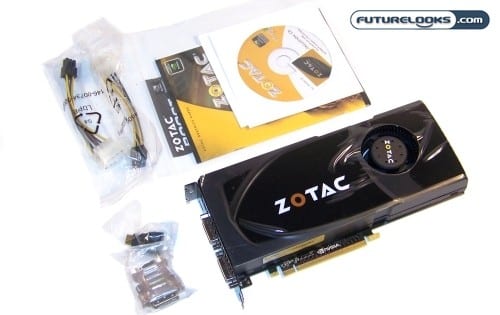 Since these are the first batch of card to finally be releases, there aren’t any extras or any video games. Future product SKUs might include something like their GTX 285 Batman Edition which came with Batman: Arkham Asylum. At the moment, there is no word if such a thing is in the works. Both of the cards include the basic starter bundle. This includes the various PCI Express power cable adapters, DVI to VGA adapter, and HD audio cable where applicable. 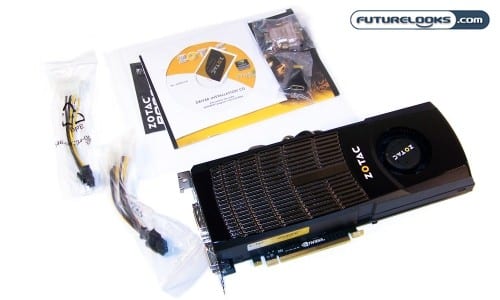 You’ll also find the driver DVD containing whatever drivers were available at launch. Since then, there was at least one new driver release from nVidia. If you have questions about installation, or about further power requirements, all one has to do is check through the reference or user guide. ZOTAC doesn’t include any software extras for overclocking their video cards. And, given the heated reputation of the stock GTX 470 and 480, we’re not sure you would want to go there anyways as you’ll find out in the coming pages.