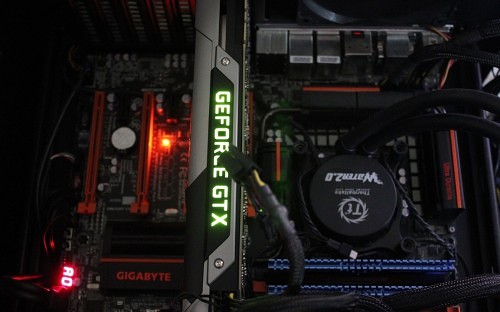 I used the same configuration from testing the NVIDIA GTX 780 so that any large variables were eliminated. Even though we’re on the cusp of a new Intel 4th Generation launch, you can expect very similar performance results for single card configurations. Keep in mind that SLI builds will vary somewhat in performance depending on your motherboards’ PCI Express controllers whether stock or third party PLX chips are used.

The display is an ASUS VG278H 3D 1080p monitor. Game settings are all maxed out to make the GPU work hardest. Frame rates were recorded with regular mode and then verified to handle 3D game settings at the end. Temperatures were monitored with EVGA’s Precision utility. For power consumption numbers, a Seasonic Power Angel at the wall was used to determine the data. We recorded noise levels with a meter at 2 feet distance in an open and closed computer case.

One final note is that the HD 7970 GPU was tested with PhysX disabled because it doesn’t support the feature. At least not officially. 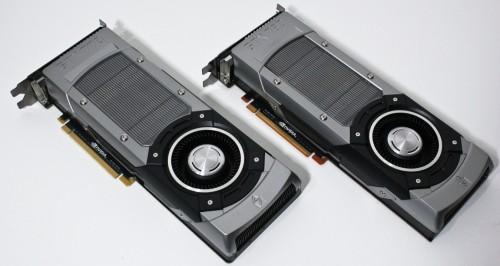 It’s pretty rare to see someone buying the latest video card to only play their old games unless their old card has malfunctioned. So instead of testing every generation of game, we’ve decided to concentrate on what’s most important which are the latest games that tax the performance of today’s GPUs. 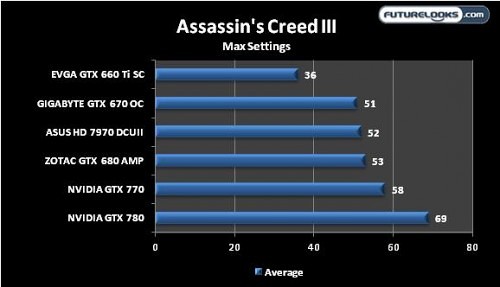 It may not look like much at first, but consider this is a stock GTX 770 card and the GTX 680 is a ZOTAC AMP! edition, which hauls serious frames in its own right. Still, the GTX 770 does a respectable job and is a mere 11 frames slower than the GTX 780 for over $150 more. 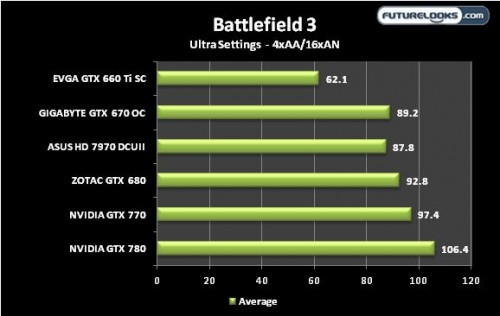 In this action packed shooter, the GTX 770 pulls away from the two OC cards. That’s not too shabby at all being only 9 frames away from the GTX 780. And, given BF3’s noticeable tearing at higher frame rates, NVIDIA’s adaptive Vsync feature smooths it out quite a bit as well in real world gameplay. 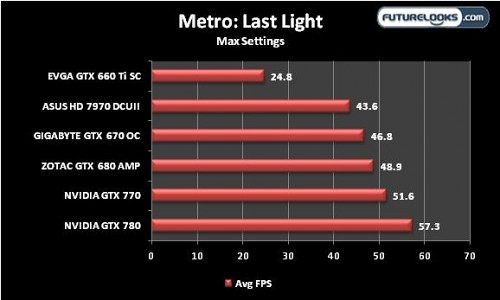 Again, the GTX 770 shows its GPU power by stepping out from the overclocked cards. It wouldn’t be surprising to see factory overclocked GTX 770 cards closing the gap on the GTX 780. This game sure looks great though at 51 frames per second with everything turned up. 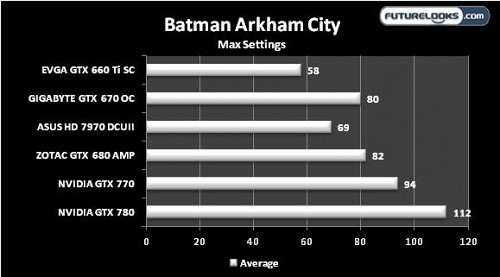 The GTX 770 is very comfortable running BMAC even with cranked settings. I find the PhysX settings worth using which really adds to the personality of this enduring game title. PhysX with 3D Vision 2 is equally as liberating offering very playable frame rates.