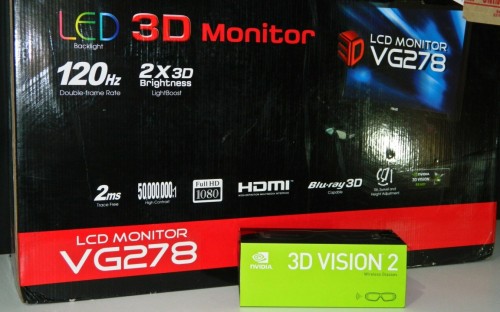 Even though NVIDIA 3D Vision ushered in a new age visual experience, I only vaguely remember it simply because there were limited games that offered a really great 3D experience. Not to mention, ill fitting 3D Vision glasses and flicker issues didn’t win many over. However, 3D technology has come a long way and enthusiasts are revelling in the Fermi and new Kepler architectures that give smooth frame rates and monitor manufacturers have stepped up with better products. With 3D Vision 2 available, there are many advancements that have made the technology totally viable (and fun) for every day gaming and use. Today we check out the combo that launched 3D Vision 2, the ASUS VG278H LED 3D Monitor and NVIDIA 3D Vision 2 Bundle! 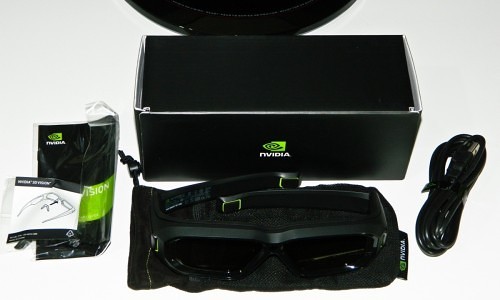 The new better looking 3D Vision 2 glasses have bigger, clearer lenses. They’re not so big you look like you’re wearing coke bottle bottoms but they are big enough to wear over a respectable sized pair of prescription lenses. The glasses also feature improved lens transition in response to the emitter signal built in to monitors (or external USB emitters). In other words, it should turn on and off more fluidly while eliminating flicker. This allows you the ability to look away without that delay.

While the second best part about 3D Vision 2 (3DV2) is that the new glasses are wireless, the amazing thing is that they only weigh 56 grams (1.96 ounces) which is just 6 grams more than the previous gen. That’s pretty neat considering they are a bit larger and house a rechargeable battery insie. The nose bridge is now completely made of rubber and is just about the perfect size for most faces. If it isn’t, two additional nose bridges are included for some additional sizing adjustments.

Keeping track of when the glasses need recharging is quite easy thanks to the LED indicator. And, of course, you can use them at the same time they’re charging. That’s right, there’s no breaks in battle so why should it all stop just because the battery is low? 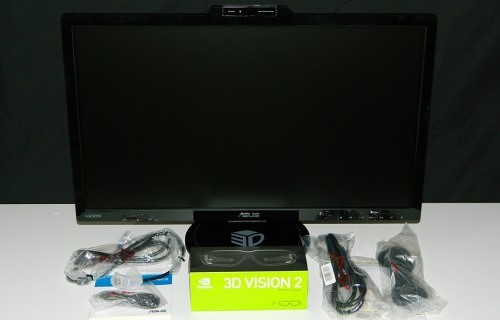 The better the visual source, the easier and longer it is to game in 3D before fatigue becomes an issue. If your eyes tire easily, you’re going to need a good quality 3D monitor with strong contrast and back lighting. While there are several 23 and 24″ models to choose from, I have the ASUS VG278H here in the lab that not only has impressive 3D features, but it was also the monitor that launched 3D Vision 2 back at the 2011 GeForceLAN Event on the USS Hornet.

Here are the specs:

Overall, this is the largest LCD 3D 120Hz monitor in the ASUS arsenal. There are other VG series 3D monitors starting at $289.99 that offer similar Vivid and 3D Vision Ready performance minus the 3D Emitter and 3D Vision 2 bundled glasses that come with the VG278H. However, the VG278H is meant to be the flagship monitor of choice at $659 US/CA and the performance is fantastic.

In order to eliminate a few variables while testing NV3D2, I set up four different test systems just to see if there were any issues. I was mostly concerned with how well 3D Vision 2 works with various chipsets especially the Z77 chipset which support Lucid Virtu MVP covered in the next section. Here are the four systems I used.

While this COULD be considered overkill, we just wanted to be sure we weren’t missing something that could adversely affect performance.