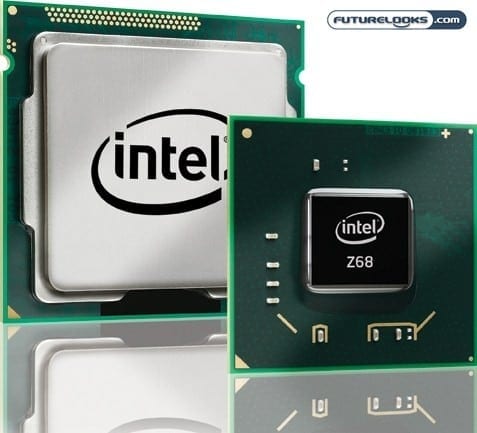 Traditionally, motherboards with integrated video are bottom of the heap, middling at best. That’s why the majority of micro-ATX boards are typically viewed as lower end platforms that lacking performance features. While often true, we have seen some performance boards in the last couple years built on mATX and even mini-ITX platforms. But what if a full sized ATX motherboard supported both integrated graphics and discrete GPUs at the same time? What if that same board could overclock like a champ? Would this board interest you?

We’ve now handled a couple of top Z68 motherboard choices from ASUS and GIGABYTE. Both sporting Intel Smart Response which utilizes an SSD to augment hard drive performance. There is also LucidLogix Virtu which gives us access to Sandy Bridge’s integrated graphics and is part of what makes Z68 a Z68. Coupled with these two features, we’re seeing motherboards with integrated graphics in a whole new light and they are anything but weak. 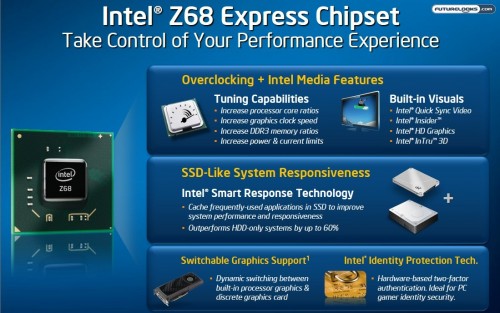 The INTEL Z68 Express Chipset is basically another Cougar Point B3 revision that combines the best P67 and H67 features in one. We can now access Sandy Bridge’s Integrated Graphics Processor (IGP) while using a higher performance discrete GPU, through LucidLogix Virtu. This technology dynamically switches between the IGP and a video card allowing users to put the IGP to work in 2D apps while you play your favorite game title using the same or different monitors. Thanks to clever Virtu optimizations, it doesn’t require much of your system resources at all.

The feature you may not have heard about is Intel Smart Response Technology (ISR). The Z68 chipset offers an additional feature where users can add any SSD up to 64GB to speed up their system. The system will then cache commonly used programs to the SSD. This results in increased system performance and response times automatically while you use your computer. The important thing here is that it should be fairly simple to set up and use.

Another new feature is Intel Identity Protection Technology. Instead of relying on software security only, the appropriate Z68 motherboard will feature a two tier hardware based level of security. If someone wants the sensitive information in your system, they’ll need more than a login and password. Without the code, it’s like banging your head against the hard drive to get to the data.

In the spirit of Z68 exploration, we have a couple motherboards to show you: One from ASUS and one from GIGABYTE. One board features both ISR and Virtu and seems to be a great do it all board. The other board caters to high end users or traditionalists that scoff at IGPs on their boards, but still offers ISR. 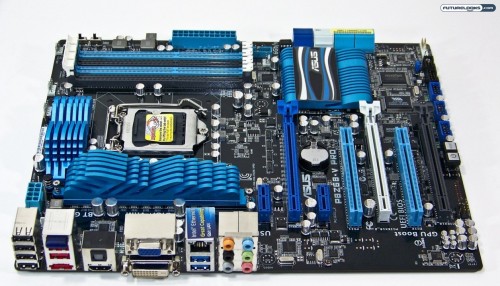 The ASUS P8Z68-V Pro motherboard here is one of three performance models from ASUS.  All of them support video out via LucidLogix Virtu. This gives users the choice of using the Sandy Bridge processor’s onboard video card. A couple benefits to this is power savings and the ability to split the picture to two monitors and the ASUS has it. Also onboard is INTEL Smart Response which we’ll get into shortly. 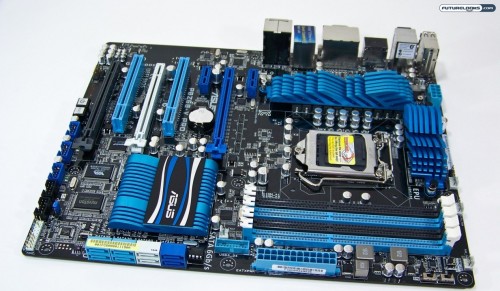 The ASUS looks to be a fully capable Cougar Point revision B3 motherboard underneath with some improved tuning. That means it has the above Z68 features plus everything from the latest ASUS tech includingMemOK!, TPU, EPU, to their award winning DIGI+VRM components. With DIVI+VRM comes very respectable overclocking especially when tuning for offset voltages. In fact, this board is very reminiscent of the P8P67 EVO used in one of our previous P67 round ups.

Again, the three currently available ASUS P8Z68 boards all support ISR and Virtu. One step down we find the V model, followed bv the V Pro here and then the Pro at the top. Each one gives a little extra overclocking and performance headroom as you go up. The P8Z68-V Pro currently retails for $209 US/CA at the usual retailers.