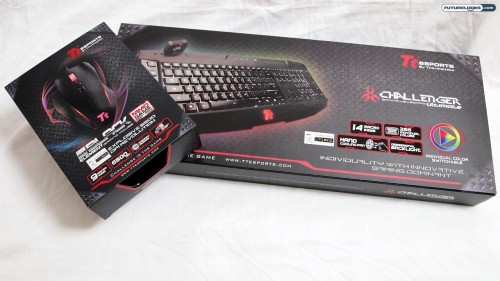 To this end, Thermaltake started up their Tt eSports line to support the professional gaming scene and we’re taking a look at two of their proudest offerings: the Challenger Ultimate Gaming Keyboard and the Black Element Gaming Mouse. If you’re hard to the core, you’ll want to take a look at these. 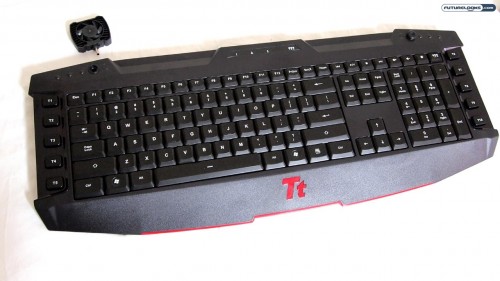 There are some keyboards that are designed with multimedia in mind. Others are built for web surfing. In the case of the Challenger Ultimate, Tt eSports is targeting the gaming enthusiast. Key features include the ten programmable macro keys (which can be used for shortcuts if you prefer), two USB ports in the back, headphone and microphone jacks, and five profile settings that can be quickly switched between with the press of a button.

This is not a wireless keyboard, since it is catering to the hardcore gamer. To that demographic, latency simply is not something that can be tolerated and only a wired connection will do. Since this keyboard does need a little more power, the cable will take up two USB ports on your computer. It retails for about $99.99 US.

Want to stand out from the crowd at your local LAN party? The Challenger Ultimate tries to do part of that with its “Wizard 256 Back Light Design.” After you’ve installed the included software, you can map out your macro keys, but you can also choose the backlighting on the keyboard too. It’s great that they’re not preset colors, so you can really find the color you want. The Tt logo, however, is always red: you can only choose to have it on or off. 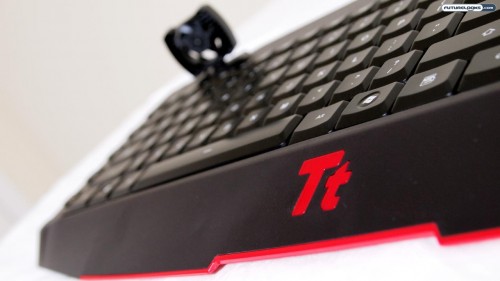 In the top-right portion of the keyboard is the profile button, switching between five different sets of profiles. The profile settings include the macro keys, as well as the backlight preferences. Adding to the personality, you can swap out the arrow keys and WSAD keys with red ones. I can’t imagine a competitive gamer looking down too much during a heated match, but the red does stand out.

Perhaps one of the quirkiest inclusions is the mini-fan. The tiny fan can be inserted in either of the two ports above the function keys and it will automatically turn on. I guess this can help to keep your hands cool, but you’ll wanto be really careful if you use a keyboard tray at your desk; most keyboard trays don’t offer enough clearance for the inserted fan and it can break very easily.

And this is where it really matters. Let’s start with the gaming environment. I played through several sessions of Team Fortress 2 and, as silly as it sounds, the swapped out red keys almost came in handy, as my left hand was able to get back to the “home” gaming position just a tad faster. 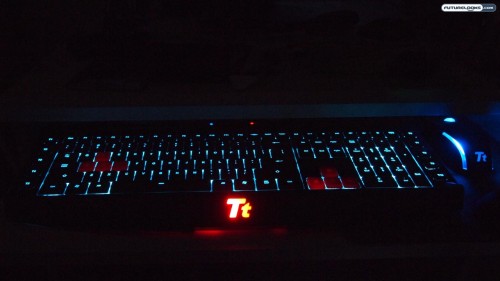 The keys just had the right amount of travel and “clackiness” for comfort. Also, the added USB port in the back was very handy for connecting the Black Element Mouse (which I’ll comment on in a moment), since your keyboard and mouse will presumably be in the same place. The fan is a silly addition, but the quick profile swaps were handy.

In terms of day-to-day usage, the keyboard is comfortable to use for extended periods of typing, but the somewhat loud “clacking” of the keys can annoy some people after a while. That said, a “softer” key travel would not be appropriate for the gaming environment.

I appreciate being able to easily program the macro keys, but the provided software doesn’t work all that well; if I set a key as a program shortcut, it only shows as “launch” in the user interface. Similarly, I couldn’t reprogram the media keys to work with VLC (instead of WMP), nor could I get the volume keys to control anything but the on-board audio jacks.