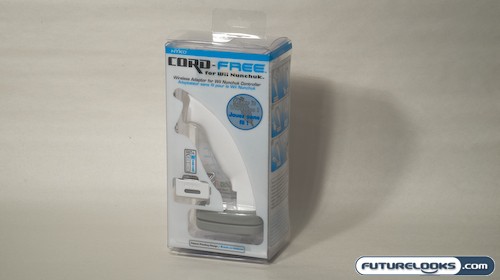 I can’t be the only one who thinks it’s a little strange that the Wii Nunchuk doesn’t come as a wireless device right out of the box. I thought the whole point of the Wii Remote was to cut the cords and to allow players to enjoy their games without cables. What’s the point of having a wireless controller, only to have a wire dangle out the bottom of it?

If you feel the same way as me and you get frustrated with the cord that connects the Wii Remote with the Nunchuk attachment, then you might want to take a look at the Nyko Cord-Free Wireless Adapter for Wii Nunchuk. Yes, I realize it’s not the most creative of names, but it’s terribly descriptive. And it works exactly as advertised

The Cord-Free Nunchuk in a Nutshell 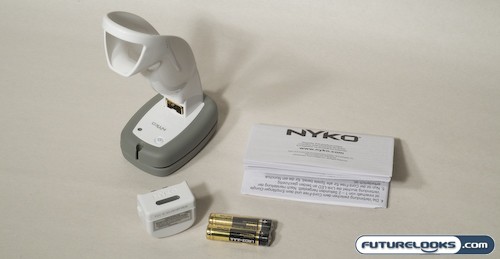 Let’s get one thing straight right from the get-go. The Cord-Free Wireless Adapter for Wii Nunchuk is not a wireless nunchuk on its own. Instead, it’s an empty plastic shell that will house your existing corded nunchuk. This shell can then communicate with a wireless receiver that plugs into bottom of your Wii Remote 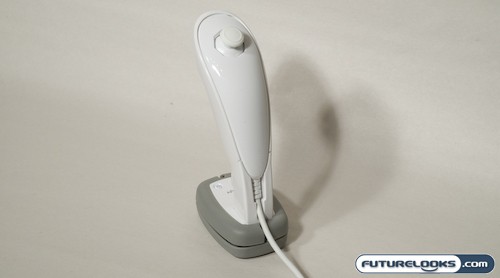 As a result, you essentially get the experience of a wireless nunchuk from a wired one. The cables wrap around the base of this plastic shell and they can be hidden away behind the rubbery flaps. It takes a little bit of effort to keep the cord nice and tidy, but it can completely fit into the base of the Nyko Wireless Adapter. The connector then plugs into a port near the bottom. 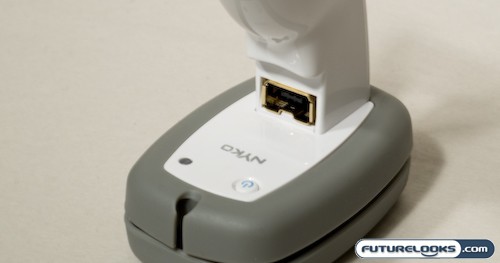 According to the official product page, the adapter is able to provide a “lag-free wireless connection” at a distance of up to 15 feet. I don’t know anyone with a 15 foot wingspan, but there you go. It’s also nice that the sleeve is “self-standing”, making it much easier to store a nunchuk.