I Can’t See the Sounds 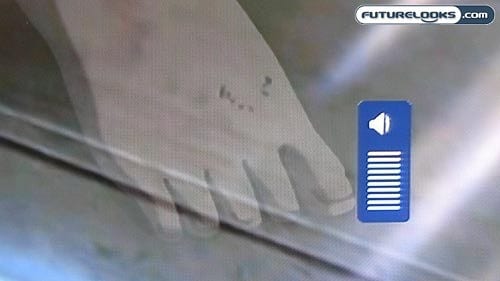 The good news? You can use the provided remote control to adjust the volume without having to reach for the remote to your home audio system or your television.

The bad news? The on-screen display for showing your current volume level is far from clear. The white (empty) bars are filled with very pale blue bars (full) as you increase the volume, but the difference between the light blue and white is anything but obvious. A simple palette or contrast change would work wonders here. 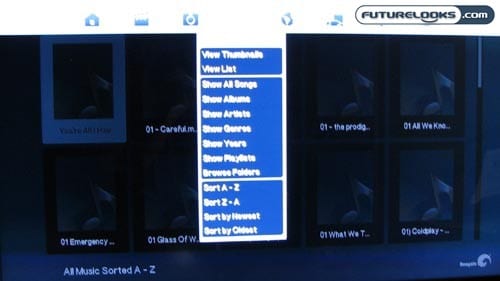 Remember how I said you access the configuration settings on the main menu from a drop-down interface from the top of the screen? The same thing happens when you are inside the music or video player.

The main user interface inside the “Music” mode will only show you the titles of the individual songs with no obvious way to organize or sort the tracks. However, the drop-down menu reveals the ability to show albums, artists, and other ID3 tag-based information. It’s not perfect, but it certainly is useful.

The organization of the video files while in the “Movies” mode is much the same, giving you the option to sort through the videos in the form of thumbnails or as a list of names. 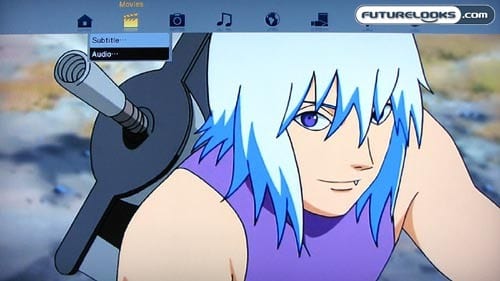 While watching one of your video files, you can access a similar menu for switching the subtitles or audio track, as well as other functions. It is also very notable that Seagate has made quantum leaps and bounds in the right direction in terms of format and codec support.

Many of the video files that would not play on the Western Digital WDTV are perfectly happy on the Seagate FreeAgent Theater+ Media Player. This includes MKV files that I tested, as well as certain AVI files that the Xbox 360 Media Player refused to recognize. 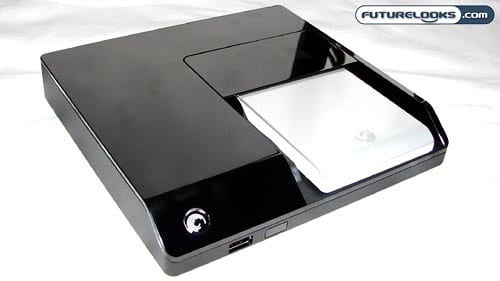 There’s no denying that Seagate was certainly paying attention to the feedback it received from the community regarding its first HD media player. With the Seagate FreeAgent Theater+ Media Player, you really get quite the “plus” on several fronts.

The format support is drastically improved. Connectivity options now include Ethernet, HDMI, and optical audio. The simple removal of the eject button for the FreeAgent Go makes for a cleaner overall look. These are all good things.

At the same time, there is still a lot of room for improvement. I don’t expect to be wowed by the look of the menu, but it’s too bland for my tastes. The Internet options are lacking at best and it would have been really nice to see some YouTube support or, at the very least, a better Flickr integration. The overall performance, navigating through menus and such, was slower than expected too.

The FreeAgent Theater + is good, but it’s not quite great.