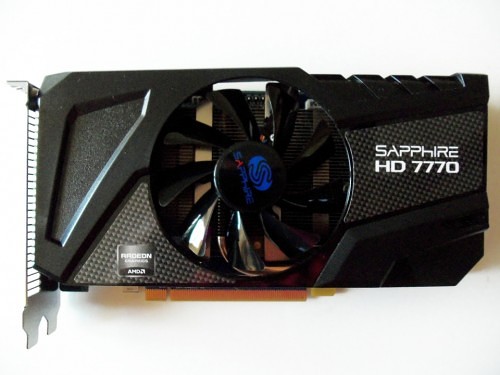 The question I always find myself asking is when it comes to my next graphics card purchase, what is more important? Is it processing core count or clock speed? The answer is often not clear with so many options on the market. Especially in the highly contested $150 – 200 price range. AMD has taken a side on the question for now as they are phasing out older cards with a new architecture that may have fewer stream processors, but much higher clock speeds. Today we are putting a card that follows this new trend and they call it the Sapphire HD 7770 GHz Edition OC. Let’s put it through its paces and see if this new approach to performance is the right one. 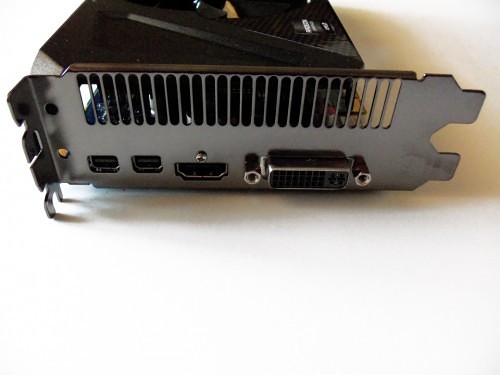 The Sapphire GHz Edition OC has plenty of connectivity as well with 1 x Dual-Link DVI, 1 x HDMI (with 3D), and 2 x Mini-DisplayPort. The DVI port is capable of 2560 x 1600 at 60 Hz. The HDMI supports full 3D stereoscopic 7.1 high bit rate audio. These ports can be combined to support AMD Eyefinity for up to four monitors. The Sapphire HD 7770 itself also has support for CrossfireX with one additional video card.

All of this can be found for around $149.99 US at retail. In this range are cards in AMD’s own stable which include the fairly abundant HD 6850 and the nVIDIA equivalent, GTX 550 Ti editions. 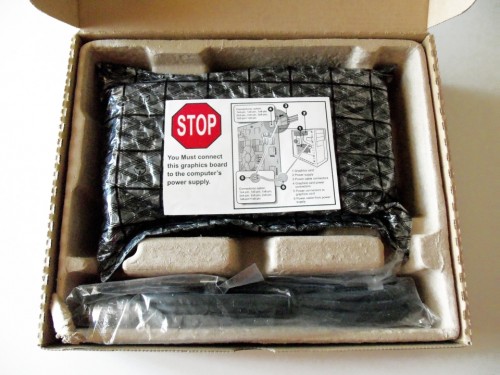 The content of the box is what you should expect from a mid-range graphics card with a few bonuses that pander to folks that may not have the most up to date systems. This is why Sapphire includes a DVI to VGA adapter and a PCI 6-pin to molex 4-pin adapter, making it easier to use your older monitor or a slightly older power supply. In addition you will have your user manual, driver installation disk, product registration information, CrossfireX bridge, and Sapphire case badge. 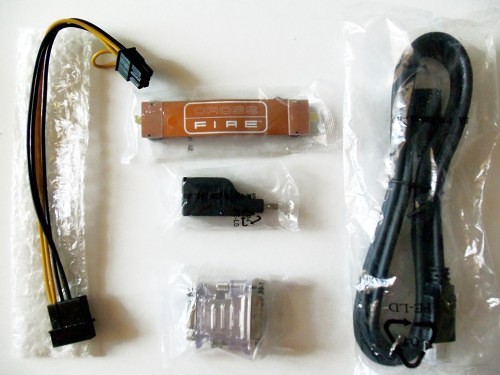 In addition to the above items that help out with people upgrading from older systems, there are a few bonus here that I believe are above and beyond the bare minimum. The Sapphire HD 7770 GHz Edition OC also includes an HDMI cable and mini-DP to full sized DisplayPort adapter. This is great as these items are often considered optional and are often the first things companies remove to cut cost and lower the price. While it is true you can find a few other HD 7770 GHz Edition cards on the market for less, it’s worth noting that those units are slower and do not come with these bonuses.

The test system for the Sapphire 7770 GHz Edition OC has not changed since our original GIGABYTE 990FXA-UD7 review. The only real difference between the two test setups were updates to related test software which I will address in detail.

This system should provide sufficient power to properly test the HD 7770 GHz Edition from Sapphire against its closest competitor in the family, that you can still find on the shelves today.

The software used this time around is limited to what is needed for testing the graphical performance. There have been several driver updates and the Windows 7 AMD FX patches since the last time I documented the AMD HD 6850 1GB performance. To ensure accuracy, the HD 6850 1 GB was retested across the board at my monitor’s maximum resolution of 1920 x 1080.

Now that our system is setup with the right parts and software, let’s start off with an adventure in overclocking…