How Slim is Finger Slim? 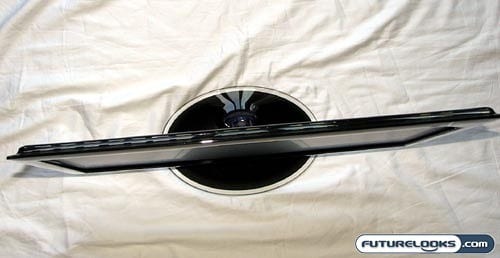 Samsung Electronics developed a fetish for skinny electronics several years ago, launching a number of slim cell phones, MP3 players, and LCD monitors, among countless other things. I don’t know for sure if this is Samsung’s skinniest (commercially available) LCD panel, but the XL2370 is really slim.

It’s thinnest at the top, measuring about 19mm or so, but it feels even thinner because of its tapered design. The profile bows outs slightly near the bottom to accommodate the ports and connections, but it curves back in toward the sides. Yes, it’s skinny.

Since I don’t have much in terms of PC games, I thought one of the best ways to test the gaming performance of the Samsung XL2370 was to hook it up to my Xbox 360 through the available HDMI connection. 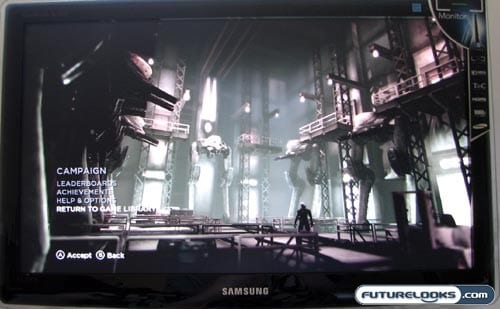 To put it through its paces, I tried playing a variety of games. These include Shadow Complex, Street Fighter IV, Guitar Hero 5, Marvel vs. Capcom 2, NHL 10, among others. These games offer different color palettes, contrast levels, and speed of movement.

I was very impressed by the level of color saturation for some of the more brightly colored games and the contrast ratio was great for grittier, more moody kinds of games. The response rate was also admirable, keeping up with the fast moving action without giving too much in terms of ghosting and motion blur. 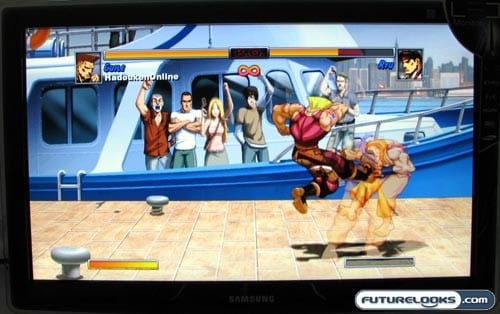 Of course, the camera can still pick up on some blur in between frames, but this wasn’t really all that visible to the naked eye.

The LED backlighting certainly helped to make the colors jump off the screen as well, making everything quite bright and vibrant. For darker games, it would probably be a good idea to dial down the brightness so that you can achieve darker blacks.

Surfing the Web with VGA to DVI 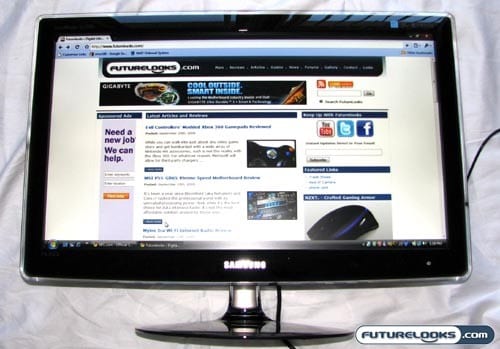 After playing around with the HDMI connection for movies and games, I wanted to see how that DVI connection would hold up for more of a computer-oriented experience. To try this out, I connected the Samsung XL2370 to an Asus G51Vx notebook using the VGA-to-DVI cable, using the VGA output on the laptop.

With 23-inches of widescreen HD real estate and plenty of LED backlighting, the XL2370 is a great option for web surfing and online video watching. Text was crisp, pictures really popped, and everything was very bright. I have no complaints here, though you may want to dial down that brightness for extended use.