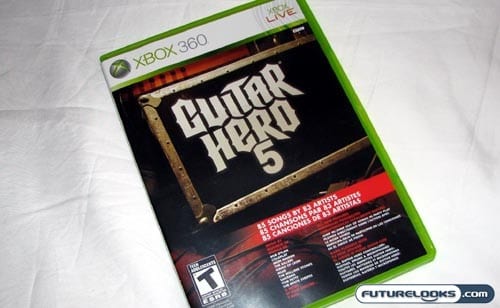 Are you ready to rock? Again? It feels like only yesterday that the first Guitar Hero game hit the scene, but we are now in the middle of yet another season of rhythm games. Our living rooms are once again getting populated with plenty of plastic guitars and miniature drum sets thanks the latest offering from Neversoft and Activision, Guitar Hero 5.

We were offered a brief glimpse at this game when the Futurelooks team was at the E3 Video Game Expo in Los Angeles earlier this year. Well, the game’s been released and it’s pretty much what you’d expect. More rocking, more jamming, and more of the same. 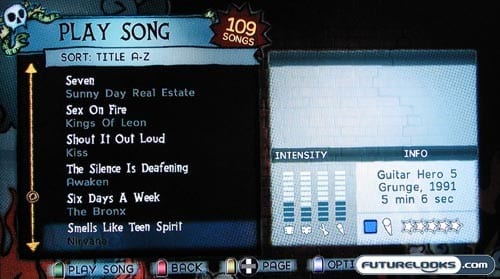 While we may be lead to believe that Guitar Hero 5 is a wholly different game from Guitar Hero World Tour, you are going to get nearly an identical gaming experience this time around. The main selling point, you could almost say, is the new list of songs. Yes, Guitar Hero 5 is more than a track pack, but the songs have to come first.

All in all, there are 85 songs by 83 different artists. The developers have worked to keep the track list as “fresh” as possible with 25% of the songs released within the last 18 months and more than half coming from this decade. 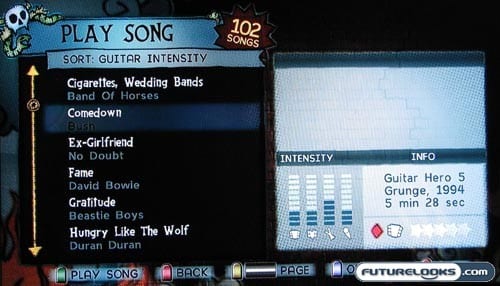 Among some of the highlights are Smells Like Teen Spirit by Nirvana, Sex on Fire by Kings of Leon, Bleed American by Jimmy Eat World, In My Place by Coldplay, Play That Funky Music by Wild Cherry, and The Rock Show by Blink-182.

When going through the Quickplay or Party Play modes, you have the opportunity to organize the songs based on title, artist, source, and release date, as well as the relative intensities for each instrument. This display of difficulty is similar to what we’ve long since experienced in the Rock Band series.

Will the Avatar Please Take the Stage 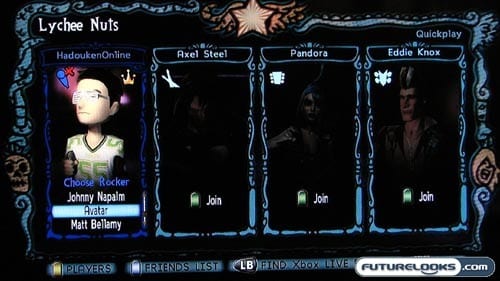 Aside from the new songs and the better organization of the songs, one of the more fun innovations introduced in Guitar Hero 5 is the ability to use your Xbox Avatar as your rock star. That adds a dash of personalization to the game.

I don’t know about you, but I think Guitar Hero 5 beats out most of the other Xbox Avatar games available on the system. If you have all of your friends over (and they saved their accounts onto memory cards), you can have a full band of Avatars.

As before, you can make the customized Guitar Hero-style rock star characters instead, if the whole cartoon-inspired Avatar thing isn’t your cup of tea.