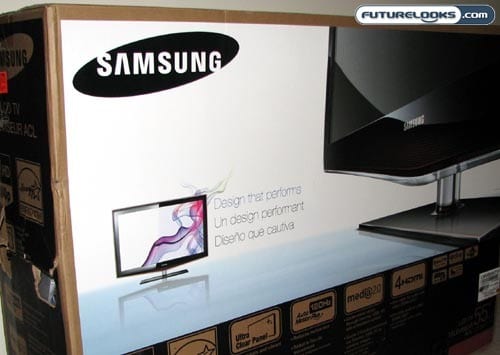 If you are going to play something like Tekken 6 on the Xbox 360, you’re going to want the right equipment for the job. You’ll want a comfortable chair. You’ll want a good set of speakers. And you’ll want a huge honking television like the Samsung LN55B650-T1F LCD TV.

Also known a little more simply as the Samsung Series 6 650, this is a 55-inch LCD HDTV with all the usual features that you’d expect from a higher-end television. At this size, nothing short of full 1080p HD will do and that’s exactly what you get here. How does it stack up? Let’s find out.

On the surface, this Samsung HDTV looks like any number of other televisions that have come off the Samsung factory line. You get the familiar thin profile, clear glass-like stand, and Auto Motion Plus 120 Hz technology for minimal motion blur. 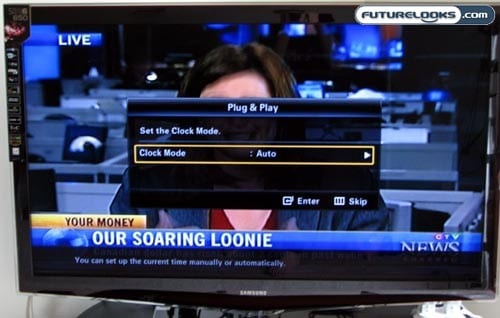 I’ll get to the input and output options in just a moment, but let’s just say that you probably won’t have any trouble finding the right jack for your various equipment. Need room for a HD media device or Blu-ray player? Samsung has you covered.

To go along with the standard features, the Samsung LN55B650 also boasts the Medi@2.0 full connectivity suite, a content library with embedded entertainment, Internet@TV with widget technology, and a USB 2.0 movie player. 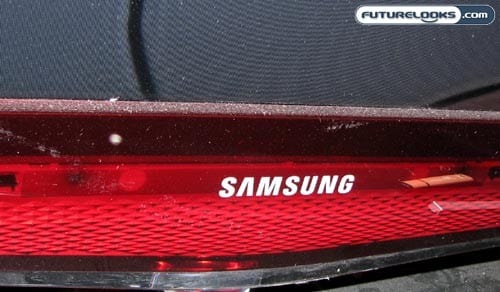 Not surprisingly, this Samsung HDTV features the company’s trademark “Touch of Color” design, similar to the Samsung LN52A630 that we reviewed last year. At first glance, you may think that this is a regular glossy black chassis, but closer inspection will reveal a rose red hue in the bezel. The red is really obvious when I took a picture with flash, but much more subtle under regular circumstances.

If you’ve ever had the opportunity to toy around with a relatively recent Samsung HDTV, you’ll see that the remote control is pretty standard across the Series 6 lineup. It’s certainly a step up from the Series 3 TVs from Samsung. 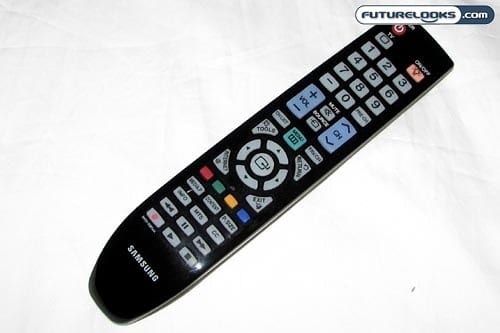 The keys are clearly laid out with the digits near the top, volume and channel buttons below, main menu controls below that, color-coded quick access keys, and media player buttons. I did find that the response time on the remote was on the slow side, though. This was particularly pronounced when switching inputs or playing the embedded game.

On the plus side, I do appreciate the illuminated button feature. The orange on/off button near the top is not to turn the television on and off. It’s to turn on the lighting for the remote itself. You get a soft orange glow, making it easy to adjust things when you have the room dimmed for movie-watching or game-playing.