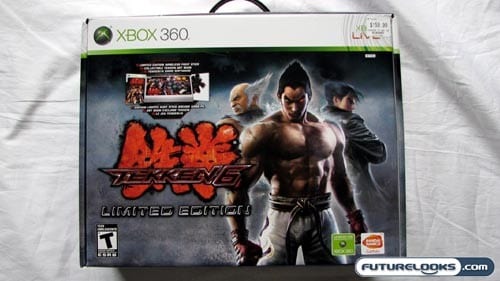 It’s no secret that I’m a big fan of fighting games and 2009 has been a good year for fighting game fans. We’ve been treated to Street Fighter IV, King of Fighters XII, Blazblue, and more. One of the newest titles to arrive in my living room is Tekken 6. Rather than just getting the game on its own, I splurged on the Tekken 6 Limited Edition bundle for the Xbox 360. The biggest selling point here is the included arcade stick.

We got to get a good look at Tekken 6 during E3 Expo 2009 in the summer and it seems that not much has changed between then and now. You still get a huge roster of characters, some great 3D fighting, and more game modes than you can throw a fist at.

The King of the Iron Fist Tournament is Back

If you’ve ever played any of the other Tekken games in the past, then you’ll feel right at home with this sixth edition. It’s also notable that Tekken 6 has been in (some) arcades for a couple of years as well, so you may have already played it or the updated Bloodline Rebellion semi-sequel. 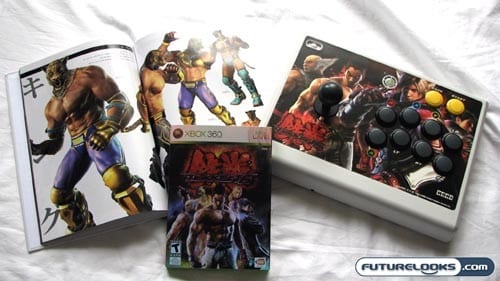 The home version of Tekken 6 includes everything from Bloodline Rebellion, as well as a few extras that weren’t included in the arcade game. To go along with the game itself, the Tekken 6 Limited Edition bundle also includes a special hardcover art book and the Hori Wireless FightStick.

The artbook shows the progression for many of the characters, including the final product that you see in the current game, as well as some preliminary artist sketches to show you their creative process. It’s a nice little bonus for buying this kit.

The Tekken 6 Limited Edition Bundle is available both for the Xbox 360 and Playstation 3 and can be found for $79.99US or less.

Hori Cuts the Cords to Fighting 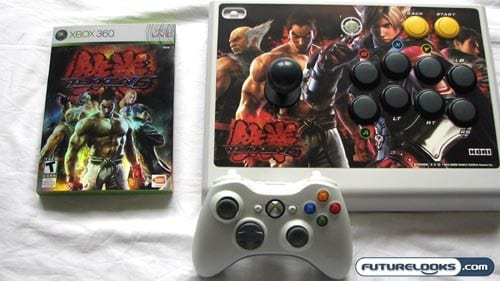 As nice as the art book may be, the main reason why I chose to spend the premium on the Limited Edition bundle was to get my hands on the Hori Wireless FightStick. The version shown here is for the Xbox 360 and it’s white; the PlayStation 3 version is much the same, except it’s black.

Many people continue to swear by the Mad Catz Street Fighter IV FightStick Tournament Edition for its genuine Sanwa arcade components. That’s a solid stick, but the Hori Arcade Stick included here is the first wireless arcade stick to be made available for either the Xbox 360 or PlayStation 3.

By and large, I’d say that the quality of the Tournament Edition FightStick from Mad Catz is still superior to the Hori version here. The Hori Wireless Fighting Stick is a little better than the “Special Edition” Mad Catz FightStick though. Either way, you’re getting a much more authentic arcade experience than with a modded Xbox 360 gamepad for sure. 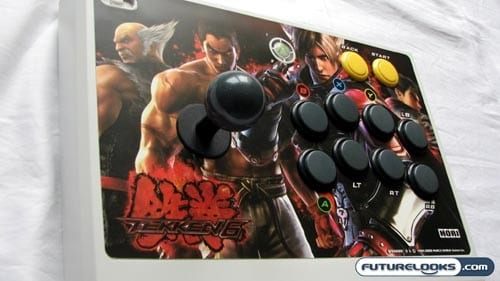 I wouldn’t say that the Hori Stick is very heavy, but its got enough weight to stay put on your lap or on a table during your gaming sessions. I did find that the arcade stick started to shift when I tried to do too many multi-tap dashes on the joystick, however.

The Hori arcade stick has some Asian arcade-style elements, so players accustomed to North American arcades may need some transition time. For instance, the face buttons are convex rather than concave. They’re great quality, though, and I have no complaints on that front.

Where I did struggle a little is with the joystick; it uses a square gate rather than the octagonal gate found in North American arcade machines. This may frustrate some players during “hadouken” like motions, since the four cardinal directions aren’t quite as obvious as they could be.