Like the E3 Expo in LA, there are no shortage of video games and demos. Check out the compilation video below of some of the titles we checked out…

Now that we’ve had a taste, let’s explore these games just a little bit more plus a few more games we thought you’d like to know about.

One of the first titles that caught my eye was Kung-Fu Live. Not to be outdone by the Microsoft Kinect peripheral for the Xbox 360, the PlayStation 3 will have its own motion-sensing innovations. This game makes use of the existing EyeToy attachment and watches the silhouette of the gamer in front of it. Going through a traditional side-scrolling beat-em-up mechanic, gamers punch and kick with their bodies and — get this — their likeness is reproduced in the game too. It looks ridiculous, but it also looks ridiculously fun. 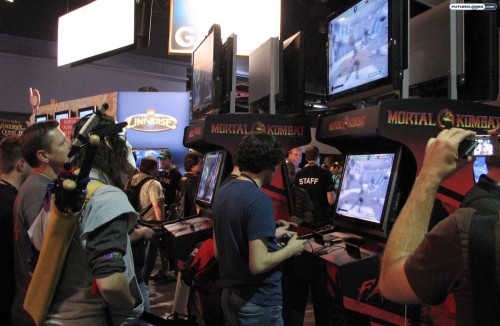 I was able to watch a demo of the new Mortal Kombat game from WB Games at E3, but they had several hands-on testing stations set up at PAX. The original Mortal Kombat was very influential, so it’s good to see they’re going back to their roots.

Many of your favorite characters are back, including Sektor, Cyrax, Reptile, Johnny Cage, Mileena, Sub-Zero, Kung Lao, and Nightwolf. And yes, the totally brutal fatalities are there in all their bloody glory. Interestingly enough, Mortal Kombat “kreator” Ed Boon was hovering around the booth for a while, watching people play his game. 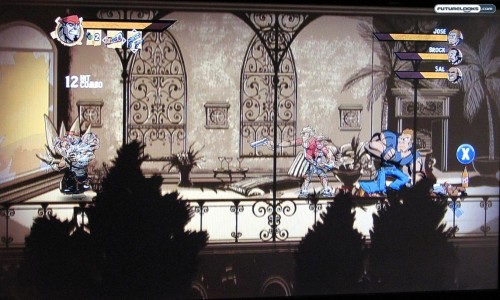 The great thing about gaming today is that so many great titles are available at remarkably affordable prices via digital download. There’s WiiWare, PSN, and XBLA, as well as services like Steam on PC. One title that caught my eye at PAX was Shank. It offers a great cartoony art style combined with that classic side-scrolling battle action. You can “shank” your enemies with the blade, but you pick up other weapons and climb walls too. Look for it on Xbox Live Arcade and PlayStation Network now. 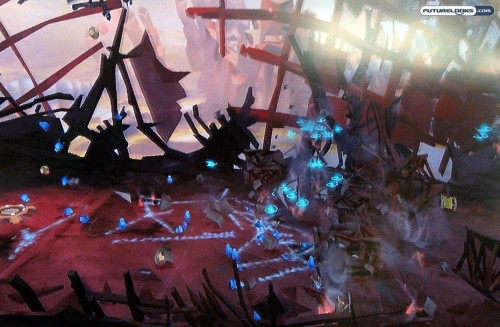 Perhaps one of the most innovative titles comes by way of Hothead Games. It’s called Swarm and instead of controlling a single character, you control a “swarm” of up to 50 blue beings. The goal in this action-puzzler is to get at least one of these fellows to the end of each stage.

Along the way, it becomes necessary to sacrifice some of your swarm for the greater good, which makes for some very interesting puzzle situations. For instance, there is one area with poison gas in a valley. You then plug some of your swarm into an air intake device, plugging it up, and stopping the flow of poison gas. The beings in the intake die, but the rest of your swarm can continue.

Hothead is aiming for an early 2011 release on digital download venues. It has not yet announced which online stores, but the game was being demonstrated on a PlayStation 3. I suspect Xbox Live Arcade will get it too, but WiiWare may or may not happen.

Unlike other industry events where you have to supply certain credentials, PAX is completely open to the public: you just have to buy a ticket. If you ever have the opportunity to attend Penny Arcade Expo, I suggest you do. There are a lot of games to play, a lot to learn from the panels, and a lot of fun to be had. That and you can see all the great cosplayers, including the zombies from Plants vs. Zombies, Casey from Ninja Turtles, and Servbot from Mega Man Legends.