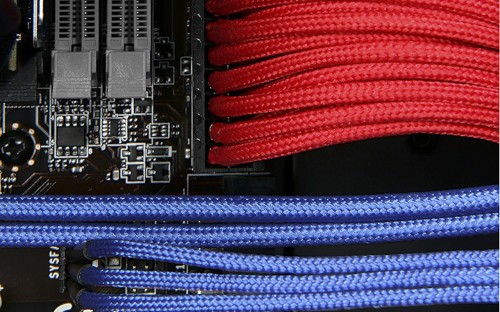 Once again, thank you to all our readers on Futurelooks, viewers on YouTube, followers on Twitter and of course, of fans on Facebook, for entering our latest and greatest contest. This contest truly would not be possible if it wasn’t for BitFenix and their generosity. Especially their flexibility in being able to fulfil a wish by many of our fans that don’t live within the boundaries of North America. Our first international giveaway captured over 1926 entries from all around the world and we thank each of you from every continent for participating. Now it is time to announce our winner!

Who’s The Lucky Son of a Gun?

After multiple attempts to contact potential winners, we finally found someone to accept the prize. We’d also like to pass along a PSA and ask everyone to make sure that if you enter a contest to USE A REAL EMAIL ADDRESS or one that you check often. Nothing sucks more than to find out that you won a contest and then failed to answer the email in time to claim your prize.

When all was said and done, William Duncan, a fan from the United Kingdom, won the contest for a custom Alchemy Sleeved cabling kit from BitFenix. He won by taking advantage of the many additional entries allowed by us. In this case, he subscribed to the BitFenix YouTube Channel and won! Nice job!

With the help of the BitFenix team, William chose a kit consisting of  black or white extensions for the 24 pin and 8 pin motherboard power cables, 4 x 6Pin PCI-E extensions, 3 x SATA extensions, and finishing things off with 3 x 3Pin Fan Extensions. He’ll be putting them into a system built in a CoolerMaster 690 II Black/White Case with a 1 x 140mm fan, 3 x 120mm fans, and an NZXT 750w Hale90 PSU.  The black and white cables will look absolutely amazing with the black and white color scheme of his system. Great choices William!

Apparently, this was also the first time that he’s won anything from any contest. Let’s hope this streak carries on for him!

It’s Not Just About Sleeved Cable Extensions at BitFenix…

Although BitFenix makes some pretty nice sleeved cable extensions, which William will be able to sample first hand very soon, they are actually best known for their cases. Jacky Ly from BitFenix HQ in Taiwan recently came by the Futurelooks Studios in Canada to help us show everyone how to build the Ultimate LAN Party system inside their Prodigy mini-ITX chassis (see the video above or watch direct on YouTube). They really care about the DIY and enthusiast community because they’re builders and enthusiasts too. Make sure you give their products some consideration the next time you need a new case, fan, and of course, sleeved cable extensions.

Thank you again BitFenix and stay tuned for our next contest announcement which is just around the corner. To be the first to find out about these and other promos and contests, make sure you Follow Us On Twitter and Like Us On Facebook!