Even though the CPU is doing the bulk of the work in this benchmark, Cinebench often reveals how memory timings benefit CPU performance rather than each kits’ extreme frequency. You’ll find that using any XMP profiles have very little effect compared to the memory timings. 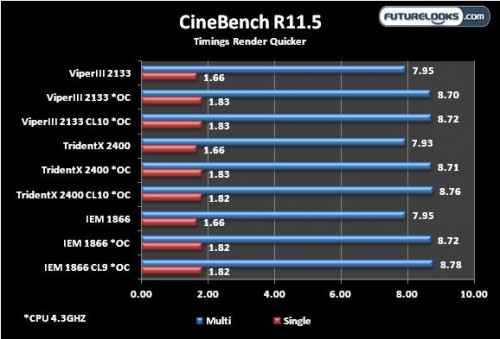 As you can see, It looked pretty uneventful here until I realized that the slower IEM memory scaled similarly to the faster kits. One benefit worth noting is that the IEM kit ran a lower CAS Latency 9 timing without extra voltage which helped rendering performance. You’ll find this to be the case with many overclocking kits. 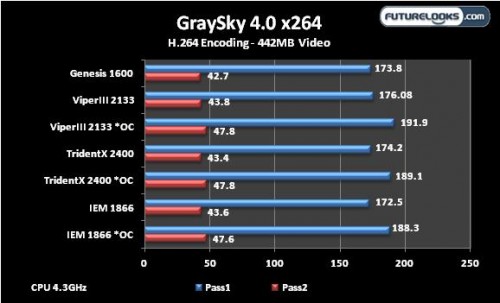 The default frequency of the IEM kit reveals it to be about 4 frames slower than the faster ViperIII 2133 MHz kit. And, it only falls just 2 frames short of the elite 2400 MHz TridentX. Overclocking the CPU reveals the performance quality of the Hynix underneath scoring within one frame of the TridentX. In this respect, the ViperIII/IEM are using the most efficient modules we’ve seen. 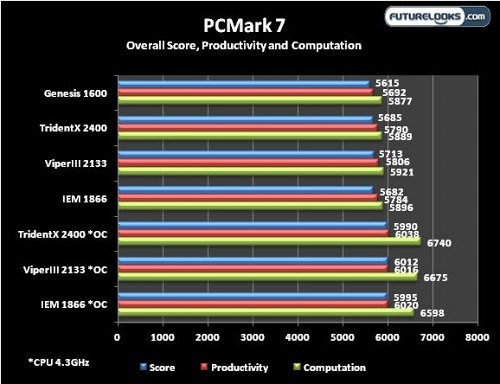 The different speed memory modules do have some affect on scores here. The computation score is the tell-tale sign that the memory is used a bit more in that particular test. While the overall performance isn’t much different with stock settings, the overclocked CPU does reveal the benefits as more bandwidth is readily available from each kit. 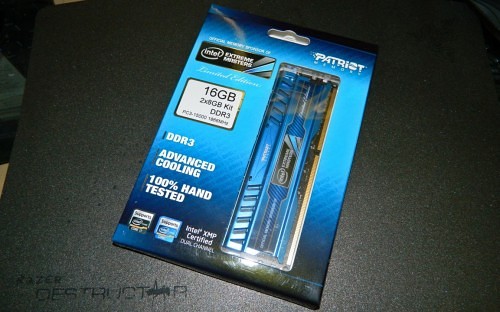 High frequency memory best serve benchmarking and overclocking enthusiasts who like high scores, or want to squeeze every possible ounce of performance from their systems. It’s nice to see Patriot Memory focusing on building their memory kits with high quality and affordable modules rather than the high cost extreme frequency modules. It’s just smart business as there are far more regular power users who like maximum bandwidth to boost their system’s responsiveness. These new Hynix modules really help improve the Intel Extreme Masters and Viper III DDR3 memory in that respect.

While the the Intel Extreme Masters (IEM) XMP Certified memory worked very well on our Z77 platforms, it’s still possible users may run in to a quirky motherboard BIOS. Probably more impressive than the certification is the extra bandwidth and attractive Intel blue presentation. The IEM paired with Hynix DDR3 doesn’t seem to have an equal challenger out there. Our hope is that more manufacturers make even better modules or find some unique ways to differentiate further.

Currently, the limited edition Intel Extreme Masters 1866MHz 16GB (2x8GB) kit will cost you about $89.99 which is right around the cost of the 4 x 4GB quad channel kits. However, the 2 x 4GB 1866 kits only cost $51.99 followed by the Viper III for a few bucks less. These modules are actually priced well for both being XMP certified memory and having some sort of great looking heatsink design. Until something equal or better comes along, the Intel Extreme Masters and Viper III are the optimum memory of choice for Z77 systems.