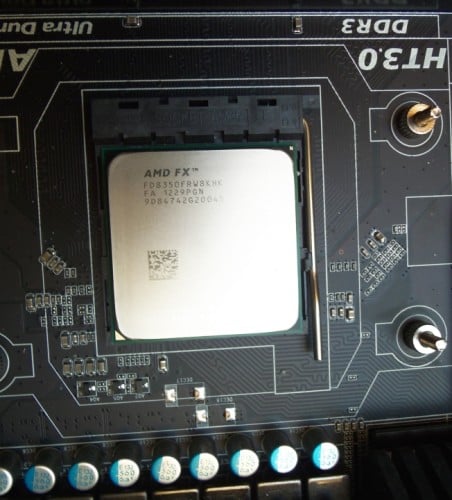 We have all seen a glimpse into what the new AMD Piledriver architecture is capable of with our recent review of the Virgo Platform and Trinity APUs. This time around the graphics processor is out and the massive shared L3 cache is in as the only area not improved upon in this latest revision. Vishera is AMD’s proving ground to make or break their new approach to CPU design. After having some time with the new flagship processor, the FX-8350, I’ve learned some things about this new processor. I know you want to know if AMD is taking the right path so let’s get right to it! 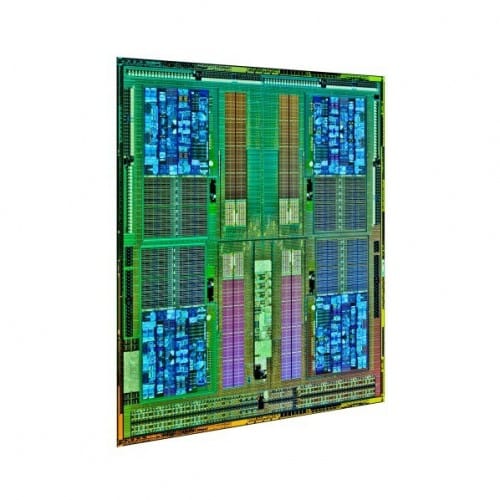 The Trinity APUs were shifting to the AMD module design making the existence of the Piledriver architecture the updated feature. The FX-8350 is an update to the existing module design of Bulldozer which is why it is referred to as Enhanced Bulldozer. We will start right there and take a closer look at what makes Piledriver different. 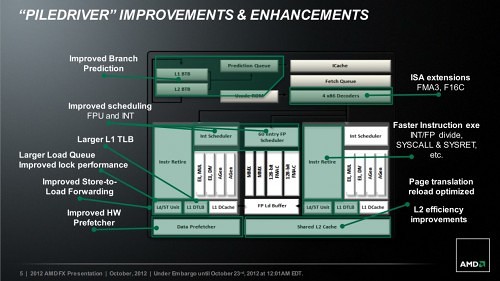 As you can see there are a number of improvements across the board at the module level. There are improvements to the instruction sets with FMA3 and F16C ISA extensions, branch predictions, scheduling, L1 cache, hardware pre-fetcher, L2 cache responsiveness, and instruction execution. I do not have the Engineering expertise to explain what all that means individually, but I can at least simplify it for you: AMD has improved how fast the processors calculates, loads, and executes instructions.

Beyond the laundry list of improvements, the new Vishera CPUs are the same overall design you have with any AMD FX-series processor. In direct comparisons you will also notice an increase in default core speed moving from the Zambezi chips. 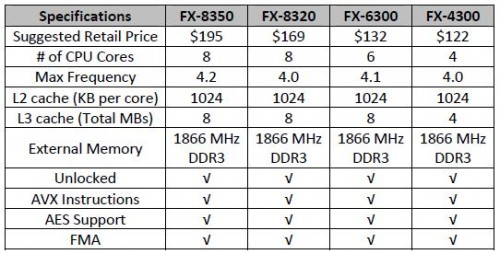 But does the lower cost signal to anything other than a more competitive price? Let’s move on to testing to see if that is a factor or not.

Our test system setup is very similar to the one we ran when we first reviewed the AMD’s first Bulldozer CPU about the same time last year. This should give us a good idea of just how far things have come with the new hardware.

Our GIGABYTE 990FXA-UD7 board is running a BETA BIOS that supports the new Vishera CPU (version 10e) . We should hopefully see a full release version very shortly. The use of the Beta shouldn’t affect results.

To give us a good battle, we’ve selected a series of benchmarks that make good use of the power of the CPU and will allow us to compare back to our results with the original FX Bulldozer. Now let’s get things setup, pass on any notes we might have with a drop in upgrade, and get to benching!