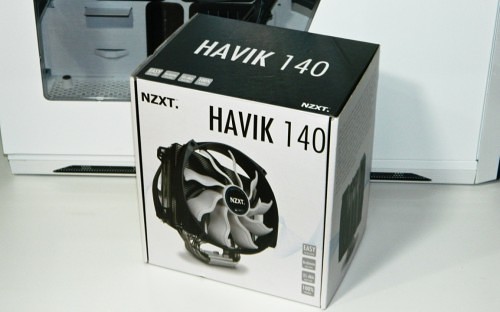 About two years ago, we discovered that NZXT was working on their brand new CPU cooler that didn’t have a code name. Later, we were fortunate enough to witness a prototype that cooled the hottest hexa-core processors impressively. It rivalled the Noctua NH-D14 which is still one of the best quiet, performance CPU cooler out there. This alone proved NZXT had the skills needed to compete in the extreme enthusiast level CPU cooler market.

You might be wondering why they would start designing CPU coolers. Well, designing and engineering a thermal friendly computer enclosure that truly works is half the battle. After applying tried and true concepts along with a couple revisions to the original cooler, we have the NZXT HAVIK 140 CPU cooler. The cooler has an interesting history and what looks to be a very bright future. Let me tell you more! 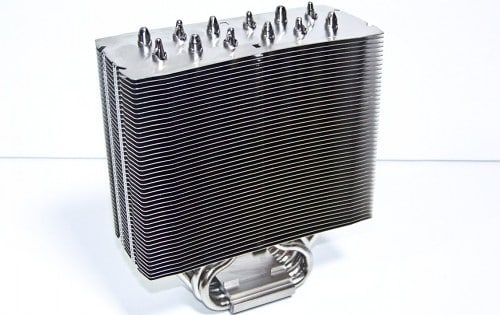 If you don’t know by now, the Havik 140 is a tower style CPU cooler featuring six 6mm heat pipes that loop through a copper nickle convex (slightly curved) base. It’s here that the heat pipes carry heat away from the CPU. As the heat is distributed throughout the heat pipes, a pair of 140mm silent cooling fans blow cool air through the cooler. Like most coolers, the magic really is in the heat pipes.

The rippled bladed 140mm fans are capable of moving 90.3 CFM (cubic feet of air) producing a mere 25 dBA noise. These fans mount to the cooler using a very unique method. Instead of wires, two rubber tabbed straps secure the fan against the coolers notched fins. This allows users can place the fans at any height and there’s very little chance of fan vibration. 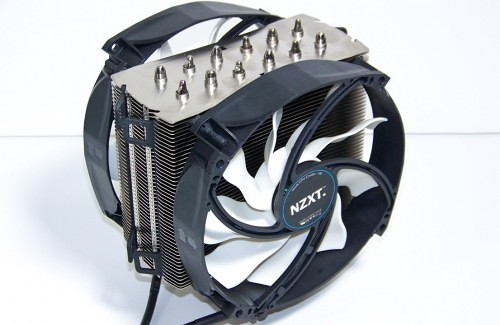 The cooler’s aluminum fins are actually a bit more stout than found on typical coolers. There’s about 2mm between every last fin which are all crimped together on the side of the cooler. One can lift the HAVIK 140 without easily bending the cooler. Making it sturdy means sacrificing the appearance in some aspects, but not so much that it takes away from the overall look of this unit.

Compared to other coolers on the market that NZXT targeted this unit at, it’s $59.99 US price tag is really quite aggressive. And even at that price point, some of its competitors don’t even come with fans. 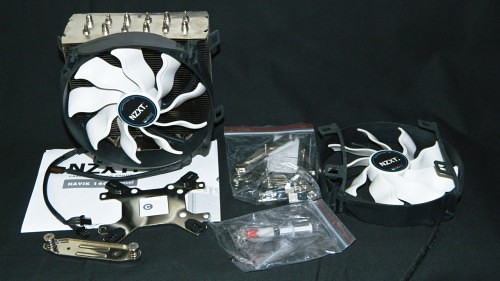 You’ll find the cooler packaged nicely in thick foam as well as the two 140mm fans. Everything else is packed in a white box with the brackets needed to mount to an AMD or Intel system. Some packaged HAVIKs are still out there on the shelves that don’t have an LGA 2011 bracket. Most of them now have all the necessary brackets. If you aren’t sure, just check the box’s compatibility list. Otherwise, every screw, bolt and rubber fan strap is included. 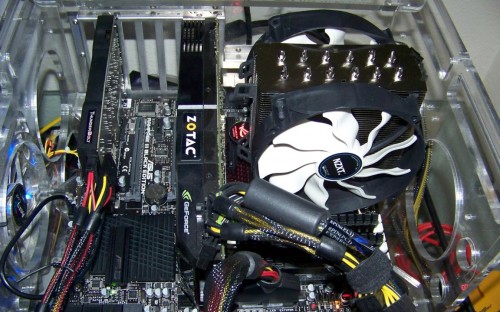 We’ve been using the Intel Core i7-980X to test all our past CPU coolers. The CPU can get pretty hot especially when overclocked. It’s actually when the voltage approaches 1.4 volts that it starts cooking inside a poorly ventilated computer case.

The HAVIK 140mm was mounted to the system without any extra cooling fans to assist. CPU voltage was manually set to 1.25 volts which is about where the CPU tops out in Turbo mode. The voltage was manuall set to 1.4 volts when overclocking to 4.2GHz. Because the fans are pretty darn quiet, testing was done at full speed among all the coolers.

Let’s have a look at how this cooler installs and get to testing!