We’ve been checking out a lot of iStarUSA products lately. That’s because they make so much cool stuff! Our latest Quick Look is of something that allows you to throw a hot swap 3.5 inch hard drive bay in any computer enclosure with an empty 5.25 inch bay. And unlike its larger three and four bay versions, the BPN-DE110SS will fit in a lot more cases simply because it’s only a single bay. But nothing is stopping you from taking its multiple colors and installing them all into a single case either. Check out the video above for more or you can watch it on YouTube.

Not a Lock: Theft Deterrent 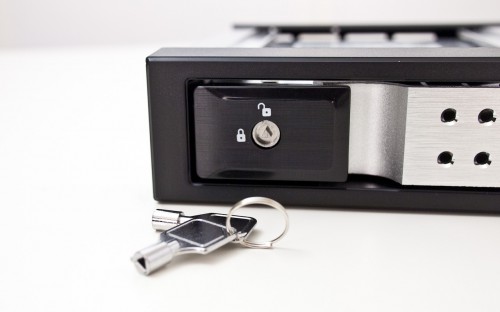 Like the previous products we’ve looked at, the BPN-DE110SS has a key mechanism on the front of the bay that is actuated with an included key. While it’s a good theft deterrent, it’s key is pretty much universal across the whole line. So if someone has one of these already, then their key will fit your bay too.

iStarUSA could improve this product’s security a lot by simply providing a properly keyed lock system, similar to what the NZXT. Bunker had with its USB locking door. It at least came in different combinations so that the chances of someone else having the same key was more remote.

Not a Fan of Heat? Add Your Own Fan! 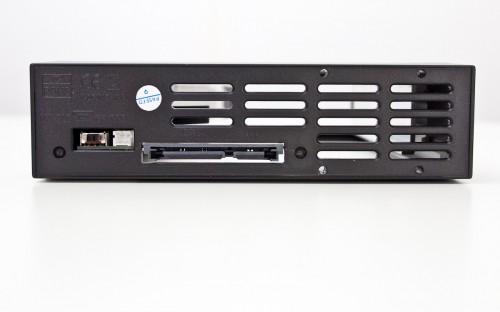 If heat is of concern in your enclosure, then mounting a fan to the back of the BPN-DE110SS is pretty easy. The hardest part is simply finding the fan which is a 40mm unit with a small 2-pin power connection. Most electronics and hobby stores should carry them, but it would be nicer if iStarUSA actually included the fan, even at a small premium. That way, it would at least provide some additional cooling and if you choose not to use it for any reason, you could remove it on your own.

The BPN-DE110SS is available from most major retailers including NewEgg. The $22 US MSRP is very affordable and the four colors (silver, black, blue, red) give you different options for color coding your hot swap bays in your system. It’s definitely a little more versatile than their three and four bay block cages and much easier to install overall. If you’re looking for a quick hot swap solution for your system, this might just fit the bill. Enjoy the pictures below.

Help Us Improve Our Videos By Leaving a Comment Below!