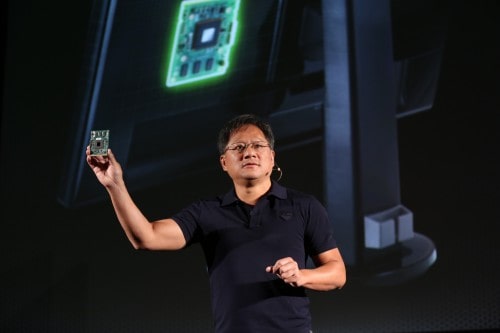 Last week in Montreal, QC, Canada, NVIDIA announced a whole bunch of new stuff including new holiday bundles (with money off a SHIELD too) featuring both GTX 6xx and 7xx series products. Part of the new stuff was the launch of their new GTX 780 Ti and a technology called G-SYNC. These announcements seem to be a pre-emptive strike at AMD’s announcements just a little while ago when they launched their new series of AMD RADEON GPUs in Hawaii.

It’s hard to say without actually seeing the technology in person, but when I first saw the G-SYNC slides, it looked a whole lot like Virtu’s Virtual V-Sync technology. Something we first saw back at COMPUTEX 2011. Check out the video below…

If you’re having issues watching the video you can find it right here on our YouTube Channel.

Very much like Virtu’s Virtual V-Sync, NVIDIA’s G-SYNC aims to give you the responsiveness that comes with having V-Sync off, but without the screen tearing that comes with it. But unlike Virtu’s solution, which is a software virtualization through the drivers, G-SYNC is a hardware solution that incorporates a custom hardware module inside the monitor with technology already built inside an NVIDIA GPU. The two pieces together make it possible to have the GPU control the refresh of the screen to match the frame rate at any given moment, giving you fluid and responsive game play.

Virtu’s Virtual V-SYNC never really made it to the big times and it seemed to help some games (but hinder others). It looks like what they sought to do through software in virtualization could only be accomplished with hardware. That’s exactly what NVIDIA has done in their drivers, GPUs, and upcoming monitors that will support the technology.

So what will it cost gamers to upgrade to this technology? If you already have an NVIDIA GPU, you’re already part of the way there as this technology will be unleashed on most GTX series GPUs. But you will definitely have to replace your monitor to get the other part of the equation.

Thankfully, it looks like NVIDIA was already a step ahead and started working with a number of monitor vendors ahead of time. In fact, ASUS, whom NVIDIA has been working with for over a year now, will be launching their G-SYNC-enhanced VG248QE monitor sometime in 2014 for around the $399 USD price point. Other vendors like BenQ, Philips and Viewsonic should be making announcements soon.

So the upside is that you’ll be able to have your cake and eat it too with G-SYNC and the benefits it brings. The downside is that you’ll have to replace your monitor. But the question is, will this technology really be worth the upgrade? I wish I could give you a definite yes because I was there when Virtu’s Virtual V-Sync technology was unveiled and it was pretty sweet. Especially because, at the time, all you needed to do was buy a motherboard that supported it. But now that a new monitor is needed, I’m sure a lot of you, like myself, will have to think about this one a little harder. Especially since we already paid for 3D Vision enabled monitors not too long ago.

Do you think you’ll upgrade when NVIDIA G-SYNC hits the market in 2014?