Razer was one of the progenitors of the boutique gaming peripherals market. Back in the day their mice were the stuff of legends; accurate and responsive to a tee. Now those “mouse guys” aren’t just making mice anymore. 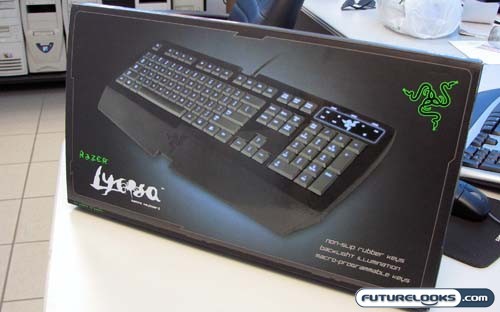 Razer was originally known for its Boomslang mechanical mouse. Purported to be incredibly accurate and responsive, it won the praise (and sponsorship) of the few pro gamers around in the late 90s. The still well known Fatal1ty was one of those gamers, but even his stamp of approval couldn’t save Razer from being victimized by the boon in optical mice and the DotCom crash.

In 2004 Razer made a comeback with the now well-known Diamondback mouse, and they haven’t stopped since. Their latest product actually belongs to their fledgling keyboard line. The Lycosa is only the second keyboard released from the peripheral company, and they aren’t resting on the laurels earned from the first. 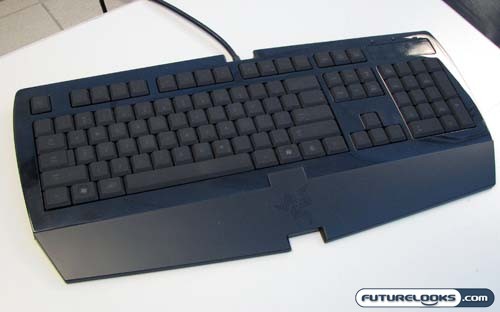 This latest keyboard is a different direction in look and design than Razer’s other keyboard; the Tarantula. The Lycosa is smaller than its predecessor, in both width and depth. The keys are all rubberized in a non-slip finish, and illuminate in blue by default. You can also select no backlighting, which although looks very sleek, depends on your knowledge of key locations. Since this is a gaming targeted keyboard, the WASD cluster alone can be lit. Then there’s the keyboard’s other interesting features. All the details can be found on the Razer Lycosa product page.

If some of you are wondering what some of these mean, I’ll try to explain from the information Razer provided us. The biggest question mark will be that “Ultrapolling” thing. Most keyboards poll for input at a rate of 800Hz and a key press takes 8ms to respond. The 1000Hz/1ms response time of the Lycosa means that in theory it responds faster and allows you to deal with your target quicker. Like in my review of the Microsoft Sidewinder, I’ve never experienced a problem with such things. I’ve used the Logitech G15, Saitek Eclipse, and a few miscellaneous wired and wireless keyboards, and have never had them lag out due to poor polling frequency and key response time. I’m also not a professional gamer, so I guess it comes down to whatever makes the difference.

As for price, the Lycosa can found in the same dollar range as many other gaming keyboards. At $80 it’s also the same MSRP as its cousin the Tarantula. This seems to be the going rate for gaming keyboards these days, so the choice really comes down to features and preference. How will the Lycosa stack up to the competition? We’ll just have to find out.

Also In The Box 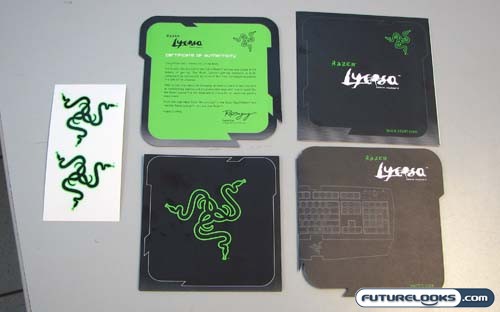 Included with the Razer Lycosa keyboard is a host of additional paperwork, and some Razer logo stickers. For instructions, there’s a quick start guide. It doesn’t so much direct you how to plug in a keyboard, as it highlights some of the features of the Lycosa. Over and above that is a full master guide, which walks you through every feature and nuance of this keyboard, and includes a driver disc. Finally there’s a certificate of authenticity, welcoming you to the “cult of gaming” to use Razer’s vernacular.