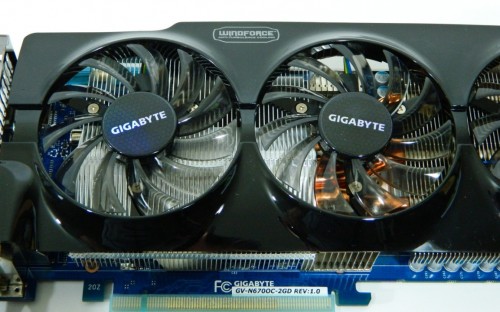 Did you know that some GTX 670 video cards are nearly as fast as GTX 680 video cards? That’s because some of them come factory overclocked meaning the GPU and/or memory frequencies have been increased to run at higher, faster default frequencies. And, they’re completely warrantied as they use higher quality components which can do more than just run stock. The GIGABYTE GTX 670 OC Version video card is one of the few coveted factory OC’d cards to offer speed, improved cooling and performance at the same price as stock cards. Impossible? Have a look for yourself. 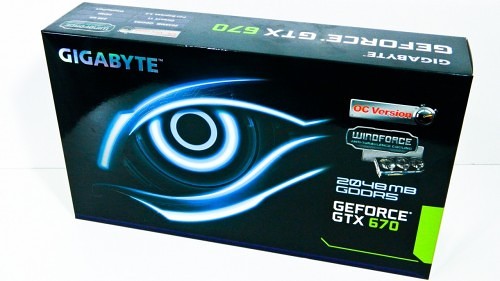 In comparison to the current and previous gen GPUs, GIGABYTE’s GTX 670 OC gets all the enhancements where needed. The GPU is the main component that gets overclocked from 915 to 1085MHz which is the same as the reference GTX 680. This is where all performance gains matter the most. Overclocking the memory will help when you’re cranking up the extreme detail settings. However, at 6008MHz, the memory is already more than fast enough to feed the GPU needed data to render a sweet picture. 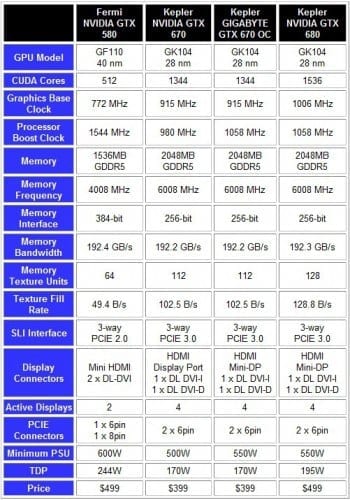 As mentioned earlier, retail price for GIGABYTE’s GTX 670 OC is well within striking distance of standard clocked options coming in at the $399 US MSRP price point. 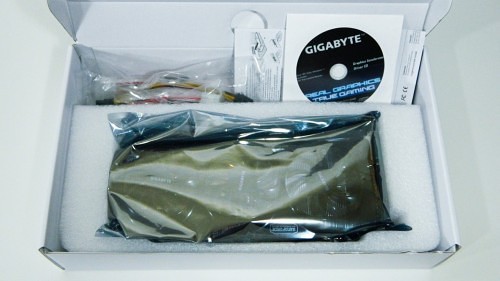 The box includes the bare essentials for connecting the video card and setting up the drivers without having to jump online or stop by your local PC store. The all important 6pin and 8pin PCIE power cable adapters are included. Four MOLEX connectors off your PSU are all that are required.

Also, the driver software disc contains the latest WHQL driver at the time of the card launch. The driver worked fine for our setup but it’s always a good idea to download the latest from NVIDIA. Other than the card and documentation, that’s all you’ll need to get rolling. 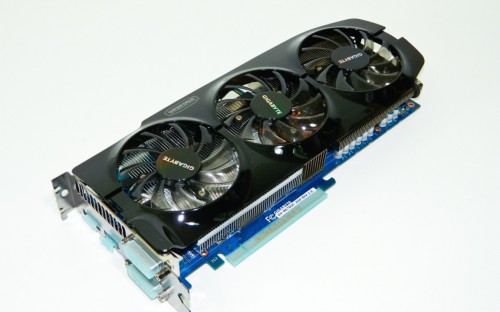 The GIGABYTE Triangle Cool system is built specifically for the company’s latest VGA cards. While there’s several ways to build a card, GIGABYTE often designs overclock (OC) version cards differently to ensure a long lifespan. These designs include the aforementioned “triangle cooling,” heat pipes, multiple cooling fans, and Ultra Durable VGA component design. In this case, the extra care to design the card for an overclock has extended the PCB to allow additional power components to be added.

Sitting on top of GIGABYTE’s favorite blue PCB the Triangle Cool system uses a triple 92mm fan shroud clipped to the heat sink which is designed to maximize cooling without counter productive turbulence. This ensures that a substantial amount of air flow hits the entire card and heat sink. Estimated air flow is around 32 cubic feet of air a minute per fan. 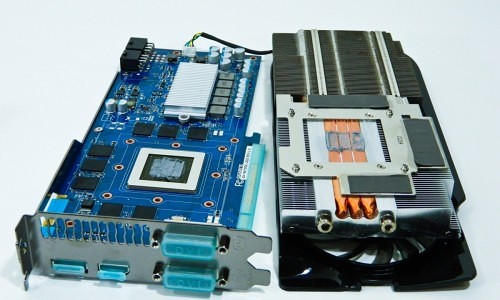 The heat sink is quite simple and but is very common sense in design. It’s separated in to two sections with three copper heat pipes that stretch the entire length of the PCB. The largest section contains flattened heat pipes that sit directly on the GPU which carries the bulk of the heat away to the finned sections. This has worked well in CPU coolers so this should be an improvement over standard coolers typically seen on GPUs.

The secondary nickle plate has thermal pads which actually sit on the memory. They can help transfer some heat from the VGA memory. However, the GDDR5 memory modules most likely don’t get near hot enough to need it. This is probably more preventative than necessary but could trigger some memory overclocking possibilities that may not be possible otherwise.

Overall, the VGA cooler is still much lighter than the one used on the legendary “HOT” GTX 480 video card. Let’s get a system setup and find out just how effective this cooling system is.