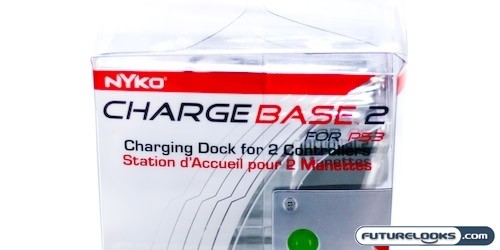 It wasn’t that long ago that all our video game controllers were wired and therefore, were never lacking in electricity.  We’ve all been there…when you have to rummage through your box of various cables to find the USB charger for your PS3 controllers, which is so horribly short that you have to sit eye-burningly close to the television.  Unlike the Xbox 360 controllers, PS3 owners don’t even have the option of using a couple AA’s when our controllers are powerless.

Nyko has been making accessories for consoles and the PC for years. Their products include the recently reviewed Charge Base 360 for the Xbox 360 and the Energy Pak for the Nintendo Wii Fit. Now they’ve rolled out a new product for the PS3 called the Charge Base 2. This product provides a quick and easy way to charge your SIXAXIS and Dual Shock 3 controllers.  It also gives you a place to leave your controllers rather than in between your couch cushions.

What’s In The Box 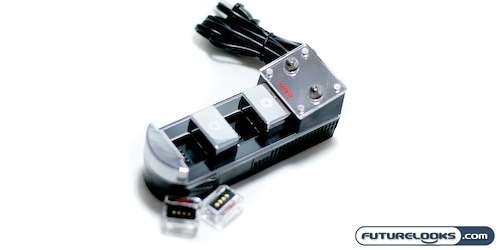 Inside the box, you’ll find the base station, which has a six-foot power cable attached to it. There’s also a pair of mini-USB adapters and a page of entirely unnecessary instructions since operation couldn’t possibly be simpler. However, given the litigious nature of society these days, you really need to cover your ass. 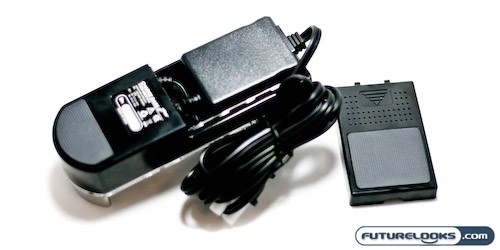 The base station is black with a mirrored finish on top with a couple of rubber patches on the bottom for grip.  Also, unlike the Charge Base for the Xbox 360 that was reviewed a couple of months ago, the cable is replaceable by removing this plate and unplugging the cable.  Of course, the unit itself is $29.99 which is ten dollars less than the 360 version so depending on the price of a new cable and shipping, it might be easier just to buy a new one altogether. 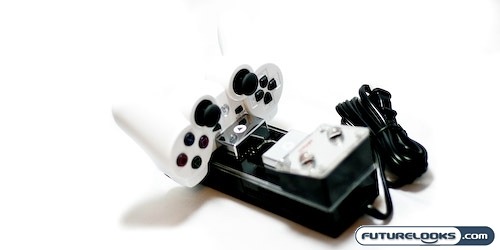 I guess the Charge Base 2 is painted and finished to match the PS3 itself but the plexi, in my opinion, makes the unit look really cheap, making it something would not want to display beside my high end home theater equipment. It would just look out of place. Gigantic LEDs? That’s just tacky. This is unfortunate since the unit seems to be made relatively well.

I would’ve preferred something with a bit more weight to prevent it from sliding around further than just having the rubber feet. Overall, it’s not bad and feels more substantial than other generic stuff floating around out there. It also looks a bit off if you happen to have white Dual Shock 3 controllers like I do.

There are some little touches that are noteworthy and show that the manufacturer’s put some thought into the design. The mini-USB adapters are notched to only fit in one direction so you’ll never get the sided mixed up. 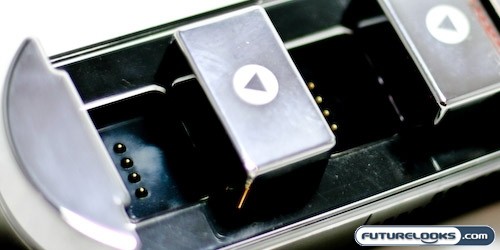 The edges where the controller meets the base are rounded so they won’t get scuffed up.  Your Dual Shocks will probably see more abuse in your hands than they will through repeated charging cycles on the Charge Base 2.